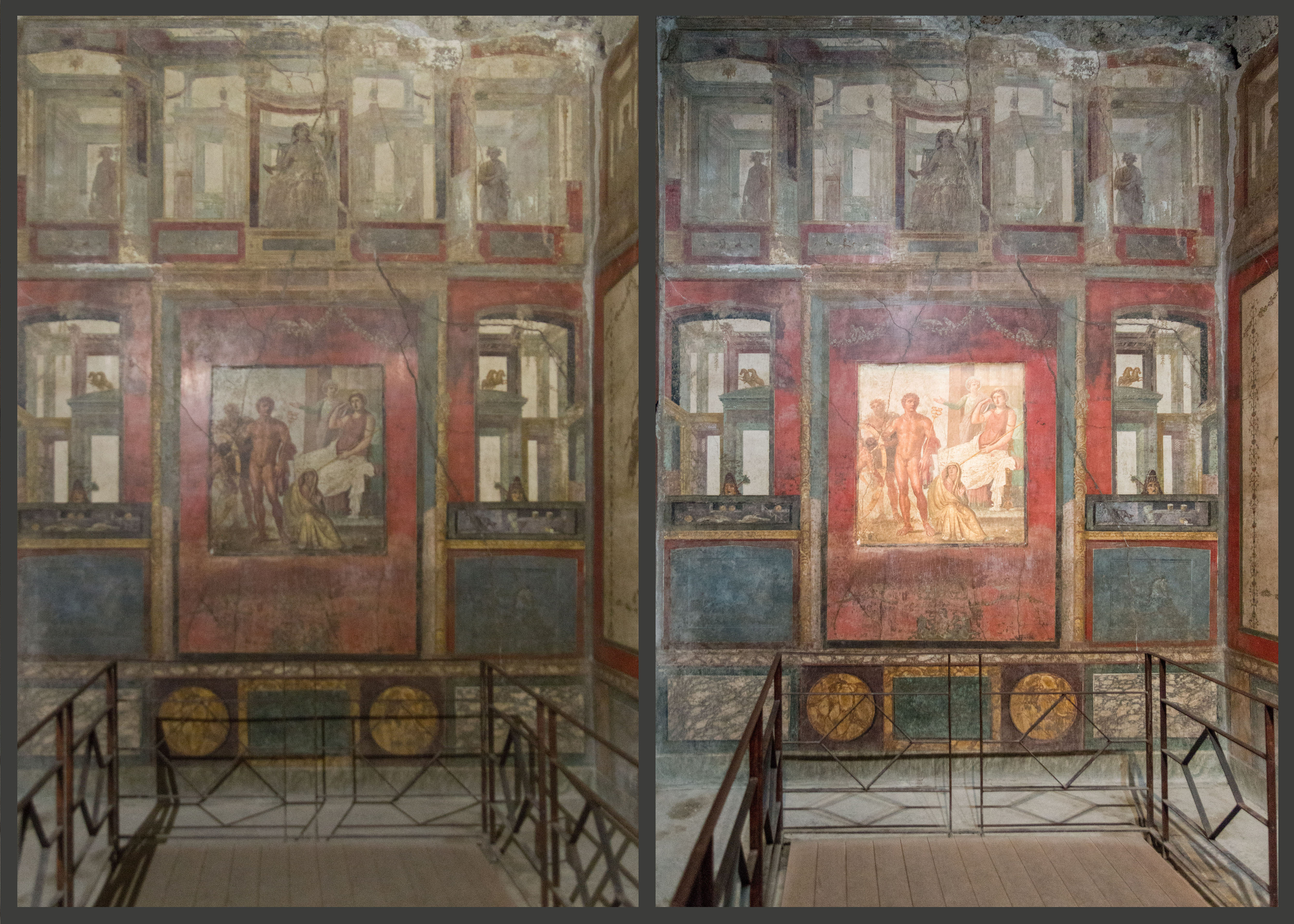 Seoul Semiconductor's SunLike Series natural spectrum LEDs have been adopted for a lighting project to illuminate the restored murals of the Casa dei Vettii in the ruins of the ancient city of Pompeii, Italy.

The lighting project was undertaken by the Lumen Center Italia's 'luum' technical lighting division, which specified the SunLike Series natural spectrum LEDs because they produce light that closely matches the spectrum of natural sunlight, which conveys the colours and textures of the restored murals accurately as they would naturally appear.

Augusto Grillo, the president of Lumen Centre Italia (LCI), the lighting company in Italy promoting the Pompeii heritage lighting project, explained, "Because SunLike has a level of blue light similar to that of sunlight and a superior colour Index Rendering (CRI) and colour Quality Scale (CQS), we believe it is ideal for artwork and museum lighting. We are delighted with the amazing technology of SunLike LEDS and hope to adopt SunLike for more projects in the future."

Caleb Won, the executive vice president of global marketing at Seoul Semiconductor, said "We are pleased to have our SunLike Series LED technology chosen to illuminate the murals of Pompeii, a world heritage site. This is just the latest example of the success of the SunLike Series LEDs."

The Lumen Center Italia (LCI) has developed spotlights that employ nine units of 25W COB-type SunLike Series natural spectrum LEDs from Seoul Semiconductor to illuminate the restored murals in the Pompeii ruins in Casa dei Vettii, Italy. The SunLike Series LEDs reproduce the spectrum of sunlight as closely as possible to show the colour of the object as it appears in natural light and provide a good sense of depth based on high contrast ratio to accurately represent the murals.

Most artificial lights exhibit light with a different spectrum from natural sunlight. The light output of those devices typically has a higher peak of blue light when compared to sunlight. Even conventional LEDs with a high CRI (colour Rendering Index) of 90, have a significantly lower colour quality than natural sunlight.

The oversaturation of blue light produces a scattering effect, causing distortion in the colour of objects and making it difficult to accurately identify their contrasts.

SunLike LED technology, on the other hand, is said to produces light with superior colour quality compared with conventional LEDs because the spectrum of SunLike LEDs closely matches that of natural sunlight.

Conventional artificial lighting has applied the colour rendering index (CRI) that evaluates colour quality based on fluorescent lamps. However, as LED technology has advanced, it has exceeded the colour quality of fluorescent lamps. As a result, new standards of colour quality scales are being used. In particular, if the existing CRI (colour rendering) was the mechanical colour used for experiments and measurements, CQS is characterised by the expression of more natural colours that the human eye can perceive.

In case of conventional LEDs, colour rendering is high, but CQS is low. However, light produced by SunLike LEDs can achieve the best colour quality in both colour standards, such as colour rendering and CQS because it has a 95 percent+ rating for both CRI and CQS. This is the same principle as expressing colour by using the seven rainbow colours of red, orange, yellow, green, blue, indigo, and violet, and further segmenting and quantifying colour.

SunLike Series LEDs combine Seoul Semiconductor's optical semiconductor technology with Toshiba Materials' natural light spectrum technology, TRI-R technology, limits the level of blue light to that of sunlight and minimises the light scattering phenomenon. So, premium lighting companies around the world, which need to implement the closest spectrum to sunlight with high quality, have expressed continuing interest in the SunLike LED technology.