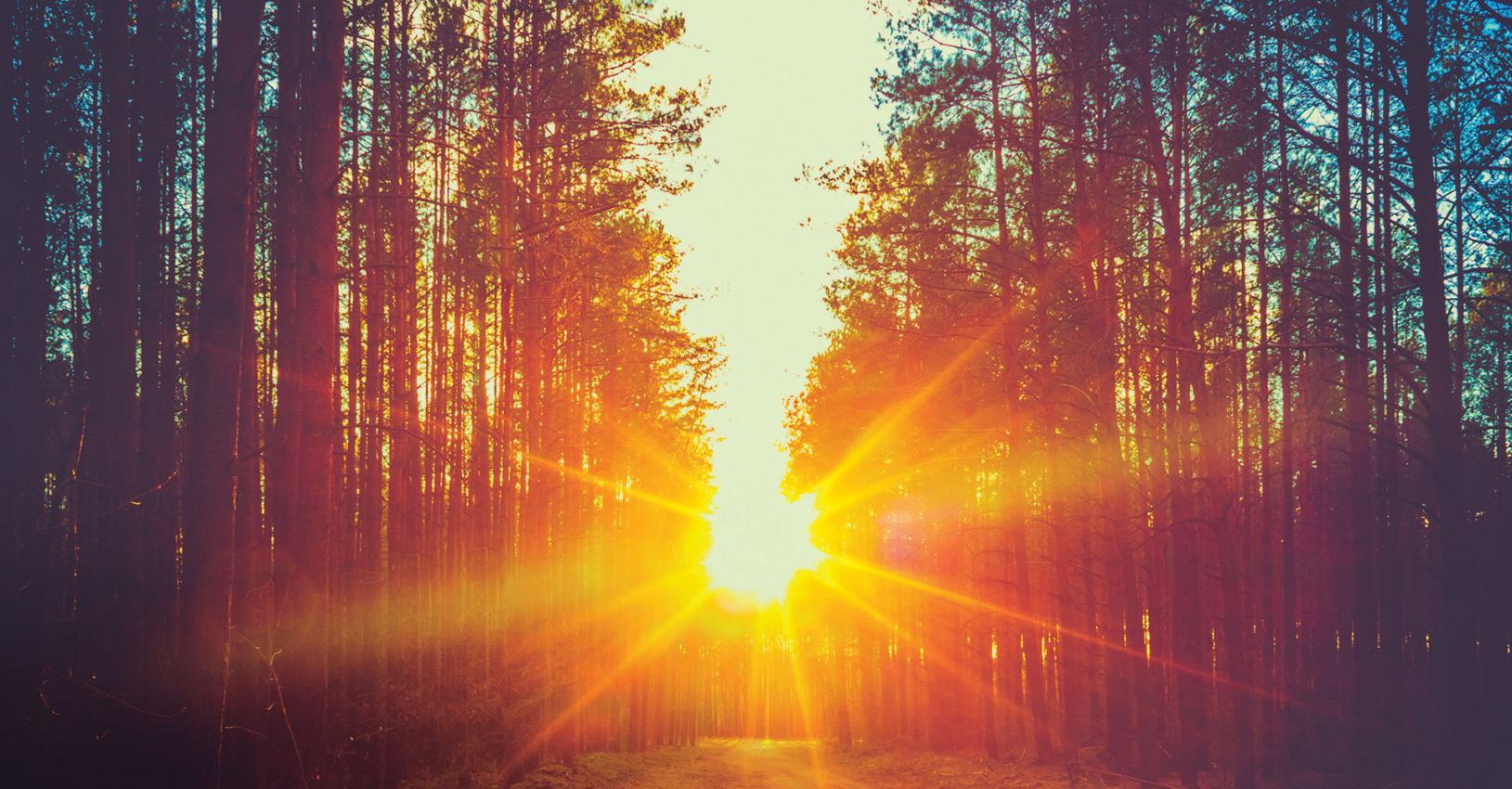 Increasing concentration and streamlining production improves the capability of CPV

Raise expectations and optimism comes to the fore. But go on to dash these hopes, and what is left is a very bitter pill to swallow. Just ask those that have worked in the CPV industry. Their hopes soared at the beginning of the credit crunch, when manufacturers of silicon solar panels started fretting about the supply of raw materials. So great were those concerns that when these PV makers started to consume more material than the microelectronic sector, prices of the silcion panels ceased their steady decline. Instead, they headed north, setting alarm bells ringing. Could silicon ever reach grid parity? And could production of this technology ever reach a level where it could make a meaningful impact on the globe's carbon footprint?

Offering a solution came CPV. Leaping into the void were several start-ups promoting technologies that could generate a great deal of power from far less semiconducting material and a smaller land area than ever before. But before these firms really got going, silicon prices plummeted, killing off chances of significant success. Only a few hundred megawatts of CPV have ever been deployed, a figure dwarfed by that of silicon - to put volumes into perspective, shipments of silicon panels now total more than 100 gigawatts per year. During the ALCHEMI project, cells are added to the module by hand. This can be automated for high-volume manufacture (image copyright PSL). So CPV is down - but it is by no means out, thanks to several on-going initiatives. Leading the way is the Canadian energy supplier STACE, which bought the CPV technology of Soitec. STACE continues to invest in CPV, having just established an operational production line. There is also Sumitomo Electric Industries, which is producing CPV systems that are generating electricity in northern Africa; RayGen of Australia, a user of multi-junction cells in systems that employ a vast array of mirrors to focus light on a relatively small area of a CPV receiver, to generate both electricity and heat; and several companies that are investigating micro-tracking technologies.

In Europe, where much of early CPV development took place, activity includes a three-year project entitled ALCHEMI - A Low-Cost, High Efficiency, Optoelectronic HCPV Module for 1000 Sun Operation. Through this programme a team is refining the performance of modules designed and developed by the UK-firm Fullsun. Other partners in this European effort are IQE, Fraunhofer ISE, the Technical University of Madrid and the University of Cyprus. The CPV module is only about 55 mm-thick, thanks to the short focal length of the optical system. It is formed from a square silicone-on-glass Fresnel lens and a dome-shaped secondary objective that sits on top of the cell. “It's all about increasing the overall efficiency of the system and reducing the cost,” explains project co-ordinator and spokesman, Andrew Johnson, who is IQE's Solar Business Unit Leader and Director of PV Technology. Primarily, the increase in efficiency and the reduced costs come from increasing the concentration on the cells from 625 suns to 1000 suns. Modules operating at this higher value have just been built, and are soon to be evaluated by several partners in the project, in both dedicated labs and outside, in sunny climes.

Much thought has been put into the design of the Fullsun module and how it is produced. The modules are much thinner than those made by the first generation of CPV firms, enabling a trimming of weight and material costs. Another attribute of the design is the use of very small cells, which are prevented from running too hot by dissipating their heat to the aluminium back plate. Manufacture is streamlined, using surface-mount technology and pick-and-place tools, replicating the approach taken in the LED industry. This allows outsourced production, avoiding the need for large capital investment in a dedicated facility.

One obvious question is why stop there? Would it not be better to move to an even higher concentration, and get an even better bang per buck? That's not unchartered territory - Semprius' modules operated at 1800 suns.

But right now, this could be a step too far. “The higher the concentration you go, the higher the pointing accuracy needs to be,” says Johnson, who points out that heat dissipation also becomes more of an issue. In addition, the efficiency of the cell can pass its peak. “There will always be some series resistance issues in the epi-stack that will adversely affect the performance.”

By operating at 1000 suns, the third-generation modules should avoid any overheating. “We have done some thermal modelling as part of this project, and it's clear that we don't have to worry about any extra heat sinking,” explains Johnson. Calculations suggest that during operation, cell temperature
should range from only 34 °C to 47 °C above ambient, a rise that is far less than that of a typical CPV module.

In the Fullsun design, two lenses are used to focus sunlight onto the cells. Light enters the module through a square Fresnel silicone-on-glass lens with sides of just over 30 mm. The light that leaves this lens is directed onto a dome-shaped silicone secondary objective, which sits on top of the cell. Moving from 625 suns to 1000 suns requires a change to the optics. Due to project budgetary constraints, the team decided to realise this by simply modifying the Fresnel lens. This extended the focal length of the system from 43 mm to 49 mm, and led to a small increase in the thickness of the module - but, in relative terms, it is still thin. A dome-shaped silicone secondary objective sits on top of the cell The cells used in the third-generation modules are square, with sides of 1.3 mm by 1.3 mm. The optics focus the light to a spot that is just 1 mm by 1 mm, so there is contingency in the design. So, if there is any imprecision in focusing, which could lead to the spot wandering over an area of 1.2 mm by 1.2 mm, it is not an issue, as all the radiant power still impinges on the cell.

To evaluate the most common multi-junction cell structures, the modules made in the ALCHEMI project have been populated with three different designs. Those that have been chosen have either a conventional architecture, an inverted metamorphic heterostructure, or an epitaxial stack that features a dilute nitride layer. IQE produced the epiwafers for the conventional design, with processing of the cells undertaken at the University of Madrid. The metamorphic design, containing cells based on GaInP, GaInAs and germanium, came from Azur Space Solar Power. Solar Junction provided the cells containing the dilute nitride, processing material supplied by IQE, which has an exclusive wafer supply agreement with this firm.

Flash tests provided a quick, insightful evaluation of cell performance. Normally, this test would be undertaken at around 1 sun, but for these measurements the incident power was 1000 suns. Results revealed the exceptional uniformity of the Solar Junction cells. 70 percent of them had an efficiency between 41 percent and 41.5 percent, and a further 20 percent had an efficiency in excess of 41.5 percent.

Such a high yield is valued for high-volume manufacturing. In this project, however, it's not necessary, as the wafer provides far more cells than are needed for the modules - and thanks to the insight provided by the flash test, just the best can be selected for use. To keep costs down, cells are added to the module by hand. However, if many modules were going to be made, assembly would be automated. Note that this does not require specialist robotic equipment, and could be carried out at many facilities within Europe.

Once the cells are on the modules, they are tested by biasing them, so they run as LEDs. Seeing if they glow offers a very quick route to identifying which cells are working.

Within each of the modules, there are by-pass diodes, which each sit alongside one of the 234 cells. Their role is two-fold. “If you have an array where you have shading, it's to keep the output stable,” says Johnson. In addition, if the cells are wired in series, the diode prevents the failure of a single cell obliterating the output of the entire module.

Those in the project have built a total of ten modules. Recently, all of them were shipped to ISFOC, Spain, to undergo indoor testing. One will then remain there for outdoor testing, where it will be compared with a first-generation Fullsun module; another will go to Fraunhofer ISE, where it will be tested on-sun; and the remaining eight will be sent on to the University of Cyprus, where they can be benchmarked against some more of the original Fullsun modules and other PV technologies.

At the start of the project on-sun testing was scheduled to start at the beginning of this year. However, there have been delays, due to the procurement of the cells. That's not a big issue, however, according to Johnson. “The reality is that by getting the modules on-sun now in Cyprus, it's probably the optimum time.” Evaluation of reliability included monitoring the performance of twenty encapsulated cells in accelerated degradation tests in climatic chambers Testing of the modules should provide some insight into the values for the performance metrics. One of these is the cost-per-Watt, anticipated to be $0.90-per-Watt-peak, based on a roadmap of reducing manufacturing costs as volumes ramp.

A more valued metric is the levelised cost of energy. This is the energy that is produced, divided by the total system cost over the lifetime. It is a figure that must include factors such as the module performance change and lifetime, and the cost of maintenance, so at this stage, assumptions have to be made. The expectation is that the third-generation Fullsun technology could realise a levelized cost of energy of 0.04/ kWhr. Power is transferred from the multi-junction cells by bonding gold wires, with a thickness of 25 µm, to these devices.

A bright future for CPV?

Even though costs are coming down, it is hard to see CPV making an impact in the next few years. But there are signs that it could do further down the line. Johnson is seeing a reduction in the number of suppliers of silicon cells and modules, and that might start to apply the brakes to price declines.

In contrast, the cost of CPV cells could fall dramatically, due to growth in the shipments of multi-junction cells to makers of satellites. Although cells for satellites differ from those for CPV, the changes are minor, and any reductions in cost are easy to transfer.

Taking the space PV market to a new level is the deployment of mega-constellations of satellites. Programmes include Space X, One Web, and Amazon Kuiper, with latter planning to put 3000 satellites into low earth orbit to provide internet connectivity across the globe.

“Most of these satellites will have a short finite lifetime, maybe five years, and then they have to be replaced,” says Johnson. “So it will significantly drive the cell volumes, and obviously there will be pressure to reduce cell price, which can only help CPV in the long-term.”

Only time will tell if these cost reductions are big enough to drive a resurgence in CPV, and ultimately spur significant deployment. Demand for green energy is only going in one direction, so there's hope. However, let's not raise expectations too high.