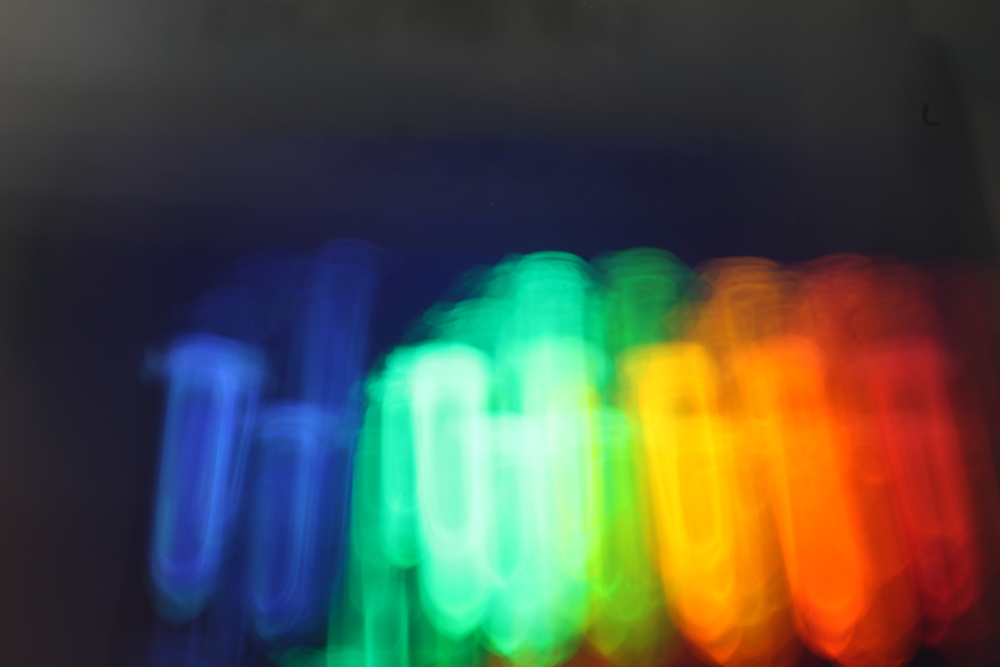 QDs will be used in over 7 Million square metres of displays in 2019, says IDTechEx Research

In its latest report 'Quantum Dot Materials and Technologies 2019-2029: Trends, Markets, Players' IDTechEx Research forecasts that QDs will be used in over 7 Million square metres of displays in 2019. This is a fast changing technology with a range of different competing materials. It has outlined some of the findings its report in the following article.

InP chemistry is already a successful commercialised alternative to cadmium (Cd) based QDs. It has significantly narrowed down the FWHM (Full Width at Half Maximum), bringing it to the 38-42nm levels for commercial samples. The rate at which the FWHM is narrowed has however plateaued, and today every nanometer reduction in FWHM has become challenging, especially in volume production. The quantum yield (QY) has also improved, largely bridging the gap with Cd QDs.

InP QDs however still fall short on multiple parameters. The blue absorbance of the green InP QDs is still too low, by a factor of two, compared to Cd-based QDs. This complicates efforts to achieve QD color filters (QDCFs). This is because the loading in the resist and/or layer thickness will have to be increased to compensate for this material shortcoming. Improving this is an area of ongoing effort.

Improvement of stability is also an on-going area of development. Today, red Cd-based QDs with silica shelling have reached sufficient heat and photostability to be used on-chip for mid-power LED lighting applications as a near drop-in replacement solution. These red QDs enable boosting lm/W and CRI simultaneously to levels beyond those accessible by current inorganic phosphors. InP QDs, however, are yet to reach this level of stability, suggesting that there is still opportunity for further material development.

Furthermore, results suggest that external quantum efficiency of materials (EQ) for electroluminescent red and green Cd-based devices is approaching phosphorescent OLED materials. The EQE of leading InP however is still lagging behind. Red and green have already exceeded 17 percent and 13 percent, respectively. However, the best blue is still someway below (best results are 9 percent or so). The more critical challenge however is to do with lifetime and luminance. In both fronts, significant development efforts remain.

In general, important material development opportunities exist in QLED (quantum dot LEDs), and not just in the QD itself but in the entire stack of materials.

ZnO and other metal oxide nanoparticles are now commonly reported as a suitable electron transport layers (ETL). However, the research for an optimal hole injection layer continues. In general, it is difficult to find material with sufficiently deep valence bands. Therefore, hole injection lags electron injection, leading to charge imbalance and all the subsequent adverse effects on device performance.

The QD material itself is being actively researched. Graded alloyed structure are popular as they eliminate abrupt internal interface, leading to better stability. Better shelling procedures are needed for red and green QDs. The material composition is also changing, partly to enable between band alignment with the stack materials. The choice of the non-toxic blue material is also still an open question with some companies developing even alternatives to InP QDs targeting high efficiency at the right wavelength (InP currently falls short on the metric).

Clearly there is a long road from demonstration of high-performance small-sized spin-coated devices to large-sized RGB patterned (e.g., inkjet printed ones). The technology development will take time, even though the industry has extensive accumulated knowhow in the use of inkjet printing in OLED displays for the active materials and the organics in the thin film encapsulation.

Perovskite quantum dots (PeQDs) are a promising material option. Today, green inorganic PeQDs are inching towards sufficient stability for use in enhancement mode films. Many demonstrators now exist. Some are even developing in-situ polymerisation of fluoropolymer (PVDF) films together with PeQDs to drive down cost. The green PeQDs however are not as stable as alternatives and still require high-performance encapsulation (1e-3 to 1e-4 g/day/sqm), a performance level that was required for other QD material systems years ago.

The key proposition of PeQDs is that the material is intrinsically more tolerant of defects as many defect’s energy levels reside outside the bandgap, thus no corrupting the optical properties. This means that PeQDs, formed at low temperature and even without shells, can achieve 18-20nm FWHMs and excellent quantum yields (QYs), even in some cases beating best-in-class Cd-based QDs. The reds, however, are still lacking in stability and are not ready even for sampling. Here, the debate about the origin of the instability and the remedying procedures are actively underway in the scientific community.

Given the instability of the red, green PeQD films are proposed as hybrids, used in conjunction with (a) narrowband KSF red phosphors, (b) red and blue LEDs, or (c) other QD material systems. Option (a) can suffer from long decays, thus potentially limiting display response time; option (b) adds extra complexity, especially in terms of drive electronics and the management of differential aging; while option (c) plays to the strength of each QD material system but might require special resin formulations.

Green PeQDs also offer high blue absorbance. This is a feature on which green InP QDs still fall short. This characteristic is critical for ensuring color purity in QDCF implementation, be in an OLED or an LCD display. Preliminary results suggest that PeQDs can be used in CFs although ensuring that PeQDs survive the patterning process, be it inkjet or photolithography, is a challenge.

It is not unreasonable to assume that in time efforts will overcome these challenges, however. What might be riskier though is the presence of lead. In enhancement film, the lead concentration likely falls below the limit. In colour filters, however, it might exceed the threshold. Lead-free alternatives do not perform nearly as well despite efforts even to leverage AI to find optimal alternatives. In any case, display makers still invest in development efforts given the potential and are considering workarounds such as the use of hybrid arrangements.

Lead sulphide QDs are emerging as a popular choice for sensing and some colour conversion applications. In sensors, the proposition is that lead sulphide QDs allow accessing a wide range of the IR spectrum beyond what silicon sensors can access. Furthermore, they can be spin coated onto silicon read-out circuits (ROICs). As such, they can enable high-resolution monolithically-integrated silicon-based IR or SWIR (short wave IR) sensors. The applications for SWIR are numerous, ranging from silicon wafer inspection to AR/VR glass to night vision or lidar photodetector in autonomous mobility.

Major consumer electronic firms have spent years building up their technology access and value chain on QD-Si hybrid Si image sensors. Indeed, until very recently, it was believed that a major US consumer electronics firm was using a UK QD company as essentially a contract manufacturer to develop IR sensors with the chip to be supplied by a French-Italian company. The recent rumour is that this company has pulled the plug on the QD contract manufacture.

Despite this setback, IDTechEx Research think the QD-Si UK has long-term potential. Some firms are already offering such sensors on the market. The development challenges are however still numerous. Stability is a key concern and different methods of device-level and QD-level encapsulation are being pursued. Photostability is also another concern and thus far devices are constrained to low-level indoor light and are far from outdoor automotive-grade stability.

Further challenges remain over the ability to achieve defect-free and complete solution casting of QDs on large-area silicon dies with appropriate ligands and curing to ensure close and uniform packing and high inter-QD conductivity. In some cases, even the ability to deliver QDs with an arbitrary absorption characteristic in high volumes and with high batch-to-batch consistency is questioned.

There are many other ongoing opportunities. Companies are working on CuInS2/ZnS QDs. These offer broad emission (180nm or so) even though individual QDs can be narrow emission (20nm). These were targeted at a host of applications in solar cells, security tagging, luminescent solar concentrator, but now focus is on spectrum conversion films used in agricultural greenhouses to boost plant growth.

Researchers are working on ZnTeSe QDs. This would be free of toxic and potentially carcinogenic ingredients. This is early stage research but may offer a route for high efficiency blue at the right emission wavelength. Thermal and photostability data is still lacking, further pointing towards technology immaturity.

Companies are also launching commercial products based on graphene and carbon QDs. These give broad emission but might allow achieving sufficient low costs and solvent compatibility to be used as a liquid security (or ID) taggant in, say, petroleum products. Some are working on InSeCuAl to achieve toxicant free QDs with Al shelling. Yet others are developing CIS QDs. These exhibit wide FWHM despite the individual QDs showing narrow emission. This is due to random distribution of mid-gap defect states (Cu related) within the QDs. These materials are being targeted at luminescent solar concentrator and agricultural coluor conversion films.

There are many other material development and innovation trends and opportunities. This is because the application space for QDs is expanding. An evolution within the use of QD in display is taking place. This evolution will see many technology transitions, each of which will be enabled by new material development and innovation. Many other applications are also either emerging or are already in very early phases of growth. These include image sensors, lighting, security tagging, phototherapy, and agricultural conversion films.