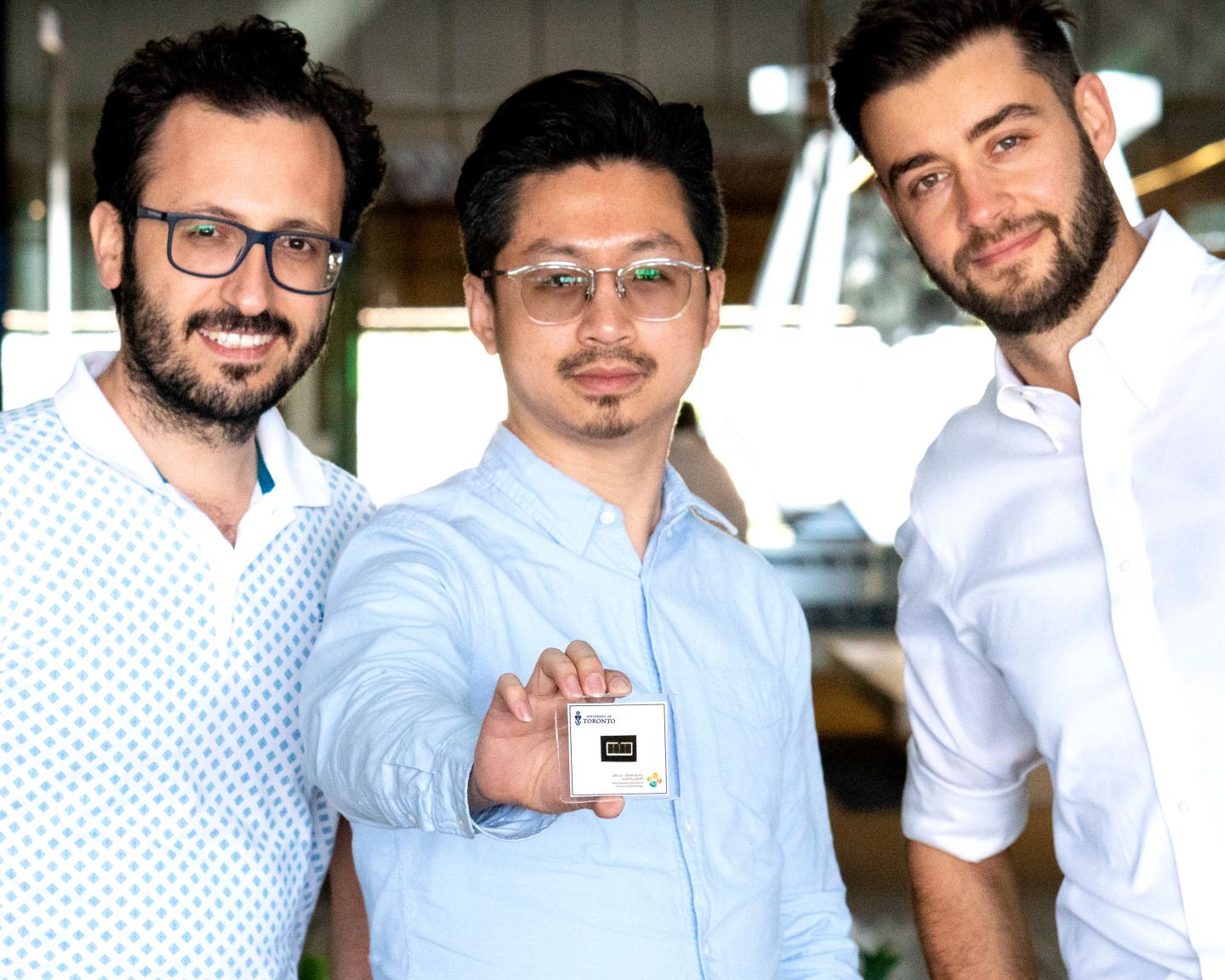 Researchers from the University of Toronto Engineering and King Abdullah University of Science and Technology (KAUST) have overcome a key obstacle in combining the emerging solar-harvesting technology of perovskites with silicon solar cells. The result is a highly efficient and stable tandem solar cell, one of the best-performing reported to date.

"Today, silicon solar cells are more efficient and less costly than ever before," says Ted Sargent, senior author on a new paper published in Science. "But there are limits to how efficient silicon can be on its own. We're focused on overcoming these limits using a tandem (two-layer) approach."

Like silicon, perovskite crystals can absorb solar energy to excite electrons that can be channeled into a circuit. But unlike silicon, perovskites can be mixed with liquid to create a 'solar ink' that can be printed on surfaces.The ink-based manufacturing approach - known as solution processing - is already well-established in the printing industry, and therefore has the potential to lower the cost of making solar cells.

"Adding a layer of perovskite crystals on top of textured silicon to create a tandem solar cell is a great way to enhance its performance," says Yi Hou, postdoctoral fellow and lead author of the new paper. "But the current industry standard is based on wafers - thin sheets of crystalline silicon - that were not designed with this approach in mind."

Though they may look smooth, standard silicon wafers used for solar cells feature tiny pyramidal structures about two µms high. The uneven surface minimises the amount of light that reflects off the surface of the silicon and increases overall efficiency, but also makes it difficult to coat a uniform layer of perovskites on top.

"Most previous tandem cells have been made by first polishing the silicon surface to make it smooth, and then adding the perovskite layer," says Hou. "That works, but at additional costs."

Hou and the rest of the team - including Sargent and KAUST professor Stefaan De Wolf - took a different approach. They increased the thickness of the perovskite layer, making it high enough to cover both the peaks and the valleys created by the pyramidal structures.

The team discovered that the perovskites in the valleys generated an electrical field that separates the electrons generated in the perovskite layer from those generated in the silicon layer. This type of charge separation is beneficial because it increases the chances that excited charges will flow into the circuit rather than other parts of the cell.

The team further enhanced charge separation by coating the perovskite crystals in a 'passivation layer' made of 1-butanethiol, a common industrial chemical.

The tandem solar cells achieved an efficiency of 25.7 percent, as certified by an independent, external laboratory, the Fraunhofer Institute for Solar Energy in Freiburg, Germany. This is among the highest efficiencies ever reported for this type of design. They were also stable, withstanding temperatures of up to 85 degC for more than 400 hours without a significant loss of performance.

"The fact that we can do all this without modifying the silicon makes it a drop-in solution," says Hou. "Industry can apply this without having to make costly changes to their existing processes."

Hou and the team are continuing to work on improvements to the design, including increasing stability up to 1,000 hours, one industry benchmark.

"We're very proud of the record-setting performance this collaboration was able to achieve, but this is just the beginning," says Hou. "By overcoming a key limitation in tandem solar cells, we've set the stage for even larger gains."

"Our approach opens a door for the silicon-photovoltaic industry to fully exploit the great advances perovskite technology has made so far," says De Wolf. "This can bring photovoltaic panels with higher performance at low cost to market."