Epistar and Lextar join forces on micro and Mini-LEDs 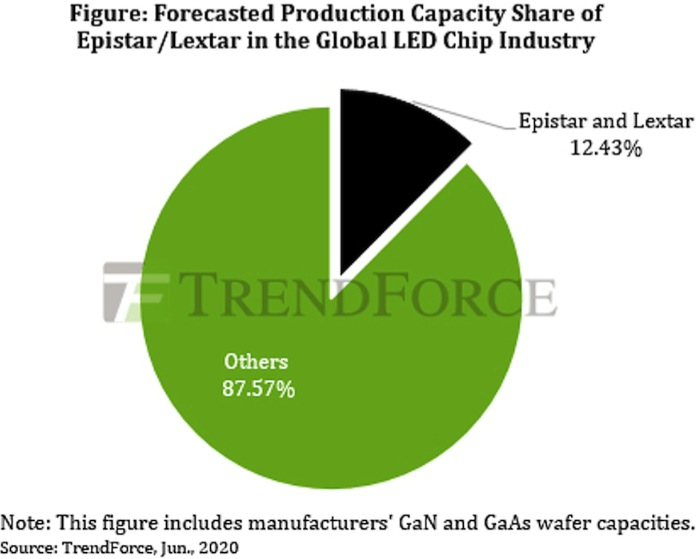 With the rise of Micro LED and Mini LED commercial opportunities, leading manufacturers such as Apple and Samsung are placing high hopes in the future of these two emerging display technologies and forecasting a high demand for Micro/Mini LED suppliers’ production capacities. However, as Taiwanese LED manufacturers have suffered continuous financial losses over the past few years, most of them can no longer afford to expand their production capacity on a large scale to meet demands from end-product brands. Furthermore, the recent surge in CAPEX by Chinese LED chip manufacturers and LED packaging companies, as well as their partnership with domestic panel manufacturers, has alarmed Taiwanese LED companies to the hypercompetitive state of the LED industry.

By forming a holding company, Epistar and Lextar are now able to jointly bear the enormous burden of investing in new equipment, in turn lowering their operational risk and helping them gain a foothold in the market for new types of displays. TrendForce estimates that Epistar and Lextar will collectively account for 12.43 percent of the global LED chip production capacity after the formation of the holding company.

Epistar’s production capacity is primarily focused on LED epitaxy and LED chip fabrication, whereas Lextar specialises in LED packaging and modules. The partnership between the two companies will result in a total vertical integration throughout the entire LED industrial supply chain. Given that both companies have been actively investing in Mini LED backlight R&D, the collaboration between Epistar and Lextar will serve to reduce their competition with each other over client orders as Mini LED backlight demand from panel manufacturers and branded end-product OEMs skyrockets.