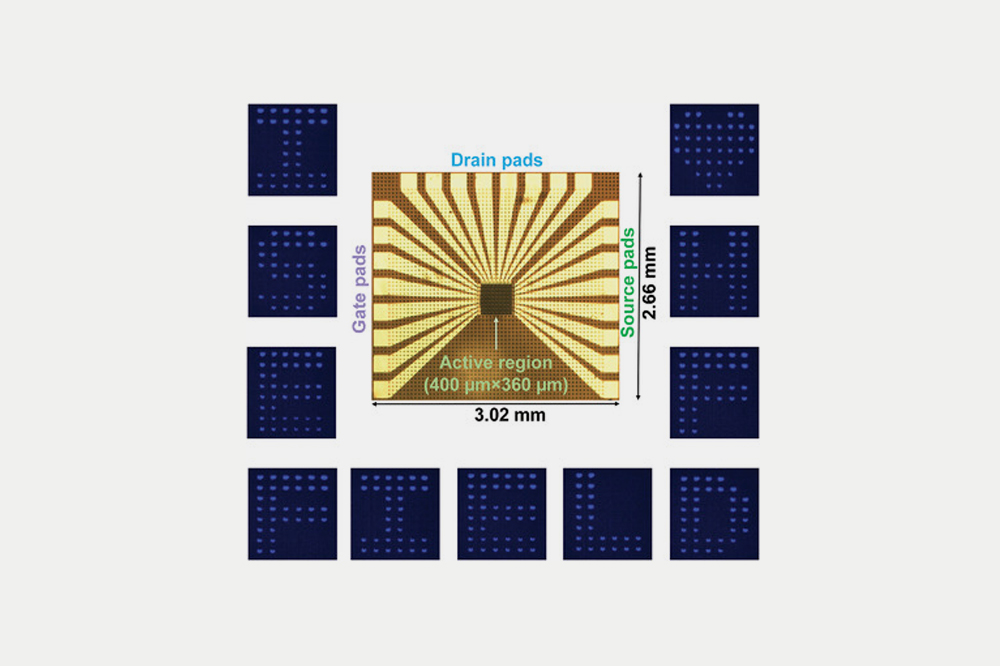 Tao Wang and his team at the University of Sheffield in the UK have proposed a different type of integration concept for microLEDs - an epitaxial approach aiming to monolithically integrate microLEDs and HEMTs on a single chip.

A microdisplay (defined as an ultrasmall screen with <1 inch diagonal) is the key element for a wide range of next‐generation display systems such as augmented reality, virtual reality, helmet mounted displays and head‐up displays, which are typically used in small spaces or at close proximity to the eye. As a result, high resolution, high luminance, and a small form factor are essential.

Current liquid crystal on silicon or digital light processor-based projection microdisplays cannot meet these requirements due to their intrinsic limitations (panel thickness, lifetime, flexibility) but a microdisplay based on III‐nitride inorganic semiconductor microLED (μLED) technologies has potential to eliminate these issues.

In their latest Advanced Materials Technologies paper, a different type of integration concept using an epitaxial approach is proposed, aiming to monolithically integrate μLEDs and HEMTs on a single chip.

The proposed epitaxial integration concept has been translated into a prototype, demonstrating an 8 × 8 microLED microdisplay, where each μLED is electrically driven by an individual HEMT which surrounds its respective μLED via the gate bias of the HEMT. The 8 × 8 integrated μLEDs/HEMTs microdisplay is demonstrated through a short video showing “I ♥ Sheffield”.

Each μLED/HEMT integrated unit can be controlled by both gate voltage and drain voltage and consequently the integrated unit could play a role in visible light communication (VLC). It could also be adopted for much broader fields, such as display and flexible biomedical applications and quantum dot colour‐converting layers for a full colour display.