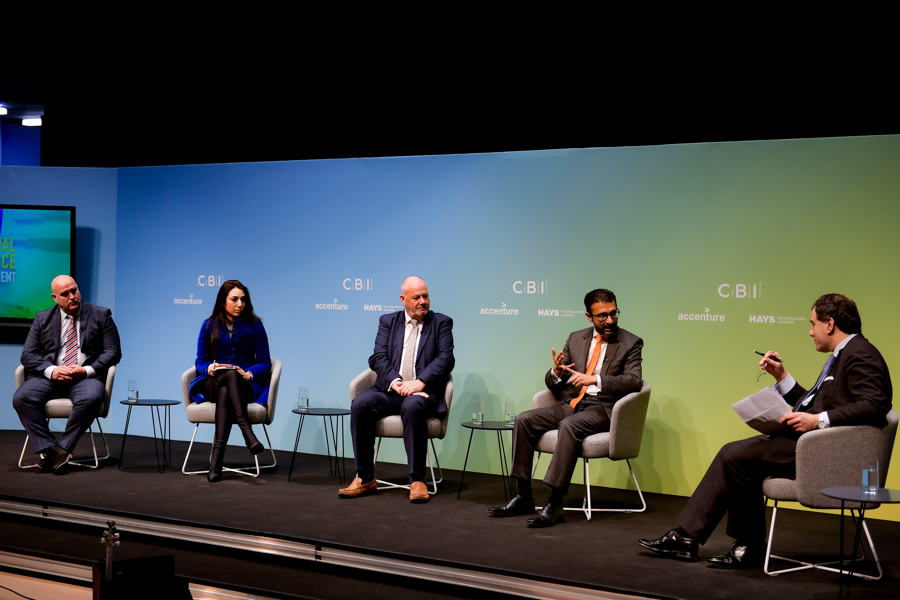 The role of the world’s first Compound Semiconductor cluster in driving jobs growth, exports and economic prosperity has been centre stage at the CBI’s (Confederation of British Industry) Annual Conference in the UK.

The three were speaking at the Wales regional session of ‘Seize the Moment’ – the Confederation of British Industry’s 2021 UK conference, chaired by Lord Bilimoria.

CSconnected is based on winning a £43m UKRI Strength in Places bid and brings together more than a dozen organisations under a collective brand for advanced semiconductor-related activities in Wales.

“We have a long productivity tail in the Welsh economy, and our GVA is consistently below the UK average, which is difficult to change,” said Professor Munday.

“The CSconnected cluster companies employ around 1,400 full time employees on salaries which are much higher than the average in Wales. The industry spends money in Wales to support another 2,000 jobs, contributing around £170m of gross value added for Wales.

“It creates a different picture than the usual inward investment pattern in South Wales. Some of the main cluster companies are headquartered here, are R&D intensive and export levels are very high – in many cases over 90 per cent of manufacturing output goes to North America and the Far East. Cluster members have strong links with universities in Wales too.

“In economic development terms, it is a sector of interest, creating a richness that we don’t see in some other areas of inward investment. Output in the CS cluster sector has been maintained through Brexit, and through Covid-19.”

Meadows told the conference that the cluster aimed to push job creation from 1,500 to 5,000 over the next five years by developing start-ups and through attracting inward investment.

“If we could attract a design team from just one of the mega companies, like Facebook, Apple or Google, it would bring an enormous supply chain with it. The growth potential of CSconnected is certainly there.”

“We will manufacture in the UK with different toolsets which the cluster may provide. We aim to use robotics processes, and increase efficiencies in the coatings on cells, packaging for different markets. The cluster offers us huge potential to do those things here in Wales.”

At the earlier UK CBI session, Lord Bilimoria, Chancellor at the University of Birmingham, thanked CSconnected for sponsoring the session and urged industry to continue to tap into university expertise.

He noted the UK produced 14 per cent of the most highly cited academic research papers worldwide, and remained one of the most entrepreneurial countries in the world.