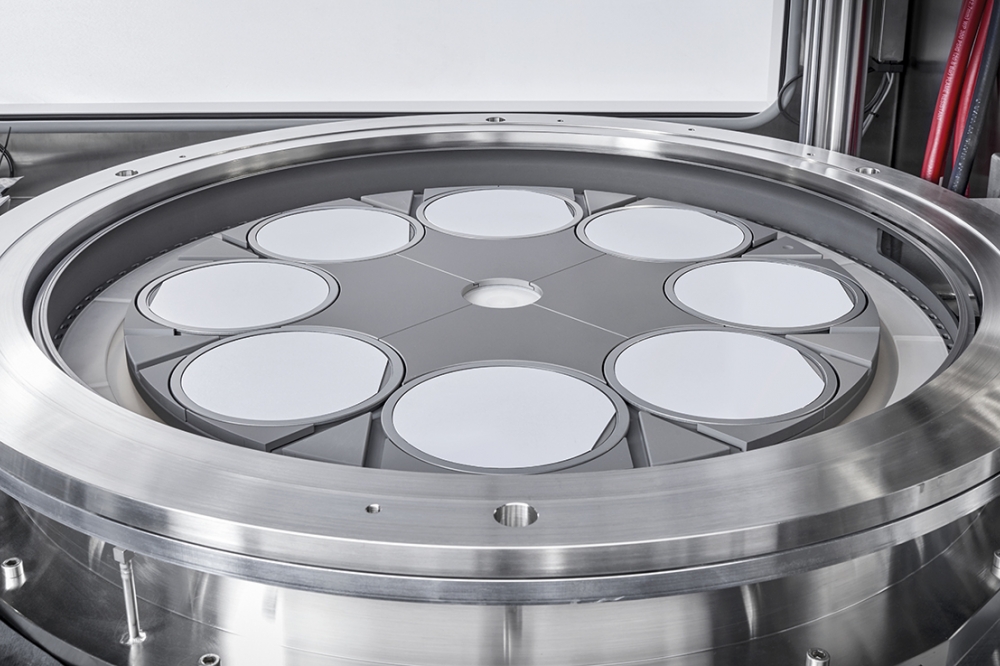 WE ARE LIVING in turbulent times. Just as we started hoping we were entering a more prosperous era, thanks to widespread roll-out of vaccines that would help us to approach normality, Putin's forces invaded Ukraine. Now bloodshed dominates our news, and we are all having to contend with far higher prices for fossil fuels.

Against this backdrop, many companies feel like boats in a storm, tossed about by forces beyond their control. Over the last few years they have had to endure the fall-out from Covid - including staff off work, working from home, and disruptions to supply lines - and the recent hike in energy bills. All are taking their toll on profitability.

These factors are also to blame for a sluggish stock market. Over the last 12 months the Dow Jones has remained broadly flat, while European and Asian shares have tended to fall in value. Caught up in this malaise are technology stocks - the NASDAQ is slightly down on where it stood a year ago - and it's of little surprise that the valuation of the majority of compound semiconductor companies has fallen over this timeframe.

However, whether it's simply a matter of being in a more sheltered place at a bad time, or being able to navigate a better path in treacherous conditions, some of the firms within our industry have not been hit as hard as others. Producers of epitaxial equipment have fared particularly well, with German MOCVD maker Aixtron seeing its share price rise by 18 percent in the last 12 months. There are times when this gain might have been good enough for a mid-table spot on our shareprice leader board, but this year it has put the German outfit in the lead by a considerable margin.

Aixtron accelerates
Look at the financial figures and Aixtron has good reason to claim the top spot. Sales for fiscal 2021, which is aligned with the calendar year, totalled €420 million - that's up almost 60 percent year-over-year - while shipments hit a record €181 million in the fourth quarter. Margins are healthy and increasing, with gross margin rising from 40 percent to 42 percent year-over-year. This has helped to drive up the consolidated net profit from fiscal 2020 to 2021 by 175 percent to €94.8 million.

Soaring sales have come from shipments to chipmakers in various sectors. In fiscal 2021, revenue for MOCVD tools sold to makers of SiC and GaN power electronics doubled year-over-year, with sales to the optoelectronics and solar sectors not far behind. LED-related revenues increased by 39 percent compared with 2020.

Speaking to investors on 24 February, 2022, on the release of the fiscal 2021 results, company CEO Felix Grawert explained that for the GaN power electronics sector, Aixtron is at the start of a growth cycle that will last for several years. Behind this ramp is the increased adoption of GaN-based power switches in IT infrastructure, renewable energies, data centres and white goods. “Some customers are even telling us that their roadmaps have been pulled in by two-to-three years due to the acceleration of adoption,” remarked Grawert. Within this dynamic market, Aixtron is supporting substantial expansions at existing customers and shipping tools to new players.

Grawert has been delighted to see a growth in orders from SiC chipmakers, which accounted for 15 percent of all equipment orders in the fourth quarter. Based on the order pipeline, further growth is expected, supported by a new tool that accommodates 6-inch and 8-inch wafers. “Even though it is still in development, we are already receiving sizeable orders for it,” remarked Grawert.

Aixtron continues to play a key role within the LED market. While the microLED sector grabs the headlines, sales are also strong for MOCVD reactors for red, orange and yellow LEDs that are deployed in fine-pitch displays and horticulture applications, such as indoor farming.

Within the emerging microLED industry, Aixtron is involved in a number of major development projects involving large consumer electronics players and LED specialists, such as HC SemiTek.

“We get clear signals from customers that innovative displays of the next generation will be based on microLEDs, rather than OLED displays,” commented Grawert. “This is very good news for us, as our MOCVD epi tools are very well positioned here, and the same properties become relevant that make us so successful in GaN power, and in lasers and VSCELs.”

Manufacture of microLEDs is forecast to accelerate towards the end of this year and continue through 2023 and 2024. Aixtron's tools will initially be used to produce devices for smartwatches, followed by high-end TVs. Further ahead, microLEDs will be deployed in smartphones, AR/VR glasses, laptop displays and possibly cheaper medium- and large-size TVs. “It will be a multiyear roadmap of different types of displays,” remarked Grawert, who added that the company is so confident that microLEDs will dominate the display industry that it has closed down its OLED subsidiary APEVA.

As well as increasing its orders in sectors that are growing, over the last few years Aixtron has been winning market share amongst the makers of MOCVD tools, according to analyst Gartner. In 2018 Aixtron accounted for 46 percent of a
$553 million market, and by 2020 its share had risen to 58 percent of a $438 million market. Thanks to a very healthy market share in a growing market, Aixtron is predicting that its order book will total between €520 million and €580 million this year. Sales are tipped to surpass those from 2021, rising to between €450 million and €500 million.

Many companies in the compound semiconductor industry, haver seen their share price fall over the last 12 months.

“We believe that in 2022, half of the order intake will be from power electronics,” revealed Grawert, who said two-thirds of that will come from GaN, and a third from SiC.

Grawert said that Aixtron is working with two of the biggest chipmakers within the SiC market. “From these very large players, we have received very sizable orders, and we expect to receive additional very sizable orders throughout 2022.” The company has also either been qualified, or is in the process of being qualified, by another ten or so customers that are producing SiC devices. None of them are in the top five SiC device makers today.

For fiscal 2022, the other half of Aixtron's orders will come from makers of optoelectronic devices. This is a mix of producers of lasers, including VCSELs and sources for optical networks, and various forms of LED - in that sector there is roughly a 50/50 split between makers of fine pitch/miniLEDs and those producing microLEDs.

Veeco's valuable portfolio
Second on the Compound Semiconductor share price leaderboard is Aixtron's biggest rival, Veeco, that has had a sales headwind in the form of trading tension between the US and China. There has been a fractional gain over the last 12 months in the Veeco's valuation. Sales have has a good year across a portfolio of tools that include those for MOCVD, laser annealing and ion implantation.

For fiscal 2021, which aligns with the calendar year, Veeco reported revenue of $583 million, up 28 percent compared with the previous year, and claimed ‘significant' profitability. Commenting on these results in an earnings call on 16 February, 2022, CEO Bill Miller remarked: “We're thrilled with our progress in ‘21 and equally as excited about our growth prospects going forward.”

The lion's share of Veeco's 2021 revenue came from semiconductor sales, associated with the shipment of tools for laser annealing, advanced packaging, lithography and ion-beam deposition. This part of Veeco's business brought in $247 million in fiscal 2021, a year-over-year increase of 49 percent. In comparison, the compound semiconductor division, which is a combination of MOCVD tools and those for wet processing, netted $107 million. That's a figure similar to that for 2020.

“However, normalizing for about $20 million of one-time commodity LED sales of slow-moving inventory in 2020, the $107 million in 2021 represents underlying growth in the areas where we currently focus,” remarked company CFO John Kiernan during the February earnings call.

The other significant sector for Veeco is data storage. This brought in $169 million in 2021, up 37 percent over the previous year. Within Veeco's compound semiconductor portfolio, its wet processing equipment is claimed to offer excellent process control and flexibility, by being suitable for many different materials. During the fourth fiscal quarter, 2020, Veeco shipped multiple systems to photonics and RF customers.

According to Miller, Veeco's MOCVD business is starting to see traction within the photonics market, thanks to a multi-system order for its Lumina platform that can be used to produce red microLEDs, speciality red and orange LEDs, edge-emitting lasers and VCSELs.

“Longer term, we believe we're well positioned for the microLED and 8-inch GaN power opportunities with both our Lumina and Propel platforms,” added Miller, saying that he expects sales from the compound semiconductor division to grow significantly this year.

This positive outlook has contributed to a guidance between $640 million and $680 million for 2022. The principal drivers for this strong outlook are 35 percent year-on-year growth in semiconductor and compound semiconductor markets.

Figure 1: Aixtron's sales have taken off over the last few years, driven by a surge in sales to makers of power electronic devices. Note that: (1) the company sold its silicon ALD/CVD product line in 2017; and (2) that sales allocated to optoelectronics and communications include revenue associated with consumer optoelectronics, solar, telecom/datacom and wireless/RF communications.

Rallying Riber
French maker of MBE tools, Riber, has enjoyed a relatively good 12 months. This has helped the company climb 11 places up the leaderboard and grab the third spot. Over that timeframe sales have remained steady, but they are forecast to rise throughout this year.

For fiscal 2021, which tracks the calendar year, revenue totalled €31.2 million, up 3 percent year-over-year. Sales of eight MBE systems netted €17.4 million, with the remainder of revenue attributed to services and accessories. Gross margin hit 35.4 percent, up 5.3 percent compared with 2020, helping the French outfit to report a profit of €1.5 million.

Plenty of orders have been placed with this MBE specialist over the last few months. The company had orders for three MBE systems at the begining of the year, and another six in the first quarter 2022. Riber is also enjoying a ‘robust' level of orders for services and accessories. Taken together, these bookings are worth around €24.0 million. In the latest quarter, additional orders have been placed, with the company stating that it has ‘a strong pipeline of prospects'.

Another reason why Riber is upbeat is that it believes that it is well positioned to support the emergence of a stronger European semiconductor industry. The French firm is forecasting profitable growth, founded on its technological and industrial know-how, and its capacity for innovation.