Bringing down the cost of III-V epitaxy 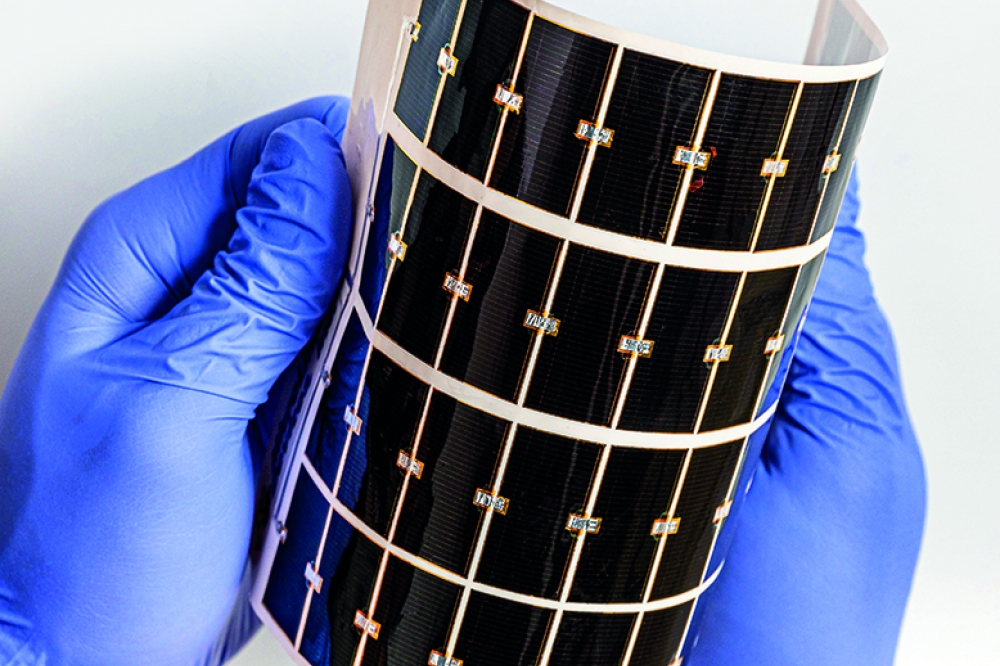 A radical form of HVPE that speeds growth, ensures high-quality interfaces, and allows the inclusion of aluminium-containing alloys will revolutionise production of III-V devices.

BY AARON PTAK, JOHN SIMON AND KEVIN SCHULTE FROM NREL

III-V semiconductors are the gold standard for many devices. They sit at the heart of lasers and LEDs, high-speed and high-power electronics, and space photovoltaics (PVs). Consider, for example, the latter: PVs made from III-Vs have demonstrated the highest energy-conversion efficiency and specific power for any material system, and can be very lightweight, thin and flexible, as well as incredibly stable – that’s everything anyone would want from a solar cell. What III-Vs are not, however, is cheap – at least on a cost-per-area basis – due to a lack of driving force to make them so.

For many devices, including transistors, cost-per-area is not a major issue. That’s because the high cost is amortized through the production of thousands and thousands of devices from every wafer. However, some applications don’t have this luxury, including PV – both solar and thermal – and microLEDs deployed to populate substantial display areas.

Again, using solar cells as an example, it costs between $30,000 and $50,000 to cover a square meter with high-efficiency III-V PV, while the equivalent cost for silicon solar cells is at least two orders of magnitude lower. Due to this significant disparity, the III-V team at the National Renewable Energy Laboratory devoted much effort in developing concentrating photovoltaics (CPV), motivated by the hope that the high cost of solar cells would be offset by relatively cheap aluminium, glass, and steel. Unfortunately, due largely to plummeting prices of silicon PV over the last decade, the CPV market never materialized.

Our new challenge is to make III-V devices competitive in one-Sun, non-concentrated applications where the benefits of thin, light, flexible, stable, high-efficiency III-V PV can truly shine. These attributes will allow III-Vs to be deployed in applications where today’s more prevalent solar technologies cannot, such as powering unmanned aerial vehicles, or being moulded into car bodies and integrated into architecture in ways that are more aesthetically pleasing. But there is a problem of scale. As each 6-inch III-V wafer produces just 4-5 W of power, the area required to produce megawatts, let alone the gigawatts needed to power an increasingly electrified world, is astonishing.

If these III-V devices are to move from niche markets, such as space PV, to widespread terrestrial applications without the aid of concentration, their cost will have to tumble. Success on this front would be welcome throughout the compound semiconductor community. Even for producers of devices where the size of the chip is a secondary matter, due to demand for III-Vs rising across the board, a substantial fall in cost would be good news.

Cost drivers
Three main factors contribute to the cost of producing III-V devices: the price of the substrate, the expense associated with the epitaxial process, and device processing. Substrate production costs have fallen in recent years, driven by increased demand for VCSELs and other optoelectronics, while post-processing has benefitted from higher levels of automation. The cost of epitaxy, however, has remained stubbornly high, which is why we have been focusing on an approach to slash the cost of epitaxial growth. Today’s MBE and MOCVD tools are batch systems, which limit throughput and hamper scaling to very large production volumes. Growth involves either relatively expensive precursors, used inefficiently, or costly high-vacuum equipment. What’s needed, especially for area-intensive device applications, is a low-cost, high-throughput and easily scalable deposition method that produces materials and devices with the same quality as the incumbent approaches.

We see HVPE as an exciting possible solution. Developed between the 1960s and the 1980s, this growth technique is well known for using high growth rates to produce high-quality III-Vs with excellent purity from inexpensive source materials (see Figure 1).