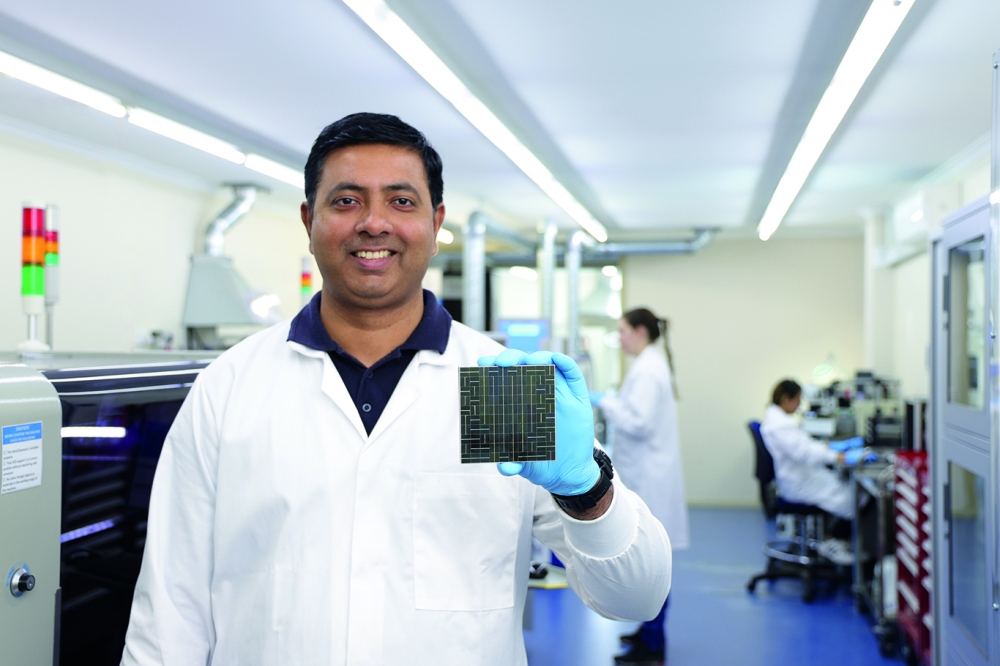 A sheep paddock in the Australian outback is the surprising location for the world’s largest next-generation storage project, backed by global energy majors.

Driving this renewable deployment is RayGen, our company that’s located in Melbourne, Australia. We are in the final stages of constructing and commissioning a ground-breaking system that combines electricity generation from 4 MW of solar with a 3 MW / 50 MWh storage facility. Located near the rural community of Carwarp – roughly six hours’ drive inland from Melbourne – this unassuming site hosts the world’s largest next-generation storage project. It is here that we are showcasing a world-leading technology that offers a superior alternative to lithium-ion batteries and pumped hydro.

Rising out of the sheep paddock at this revolutionary site are four solar towers, shining in the summer sky. At the top of each is a dense array of III-V GaAs solar modules, which convert a concentrated solar beam into electricity and heat. Close to the towers sit two large pits; covered, insulated, and filled with water. Between them, they store enough thermal energy to provide 50 MWh of dispatchable electricity – equivalent to a ‘big battery’.

Spurred on by the world’s largest energy companies, we have a growing pipeline of projects approaching gigawatt scale. All these potential deployments offer growing demand and an exciting market opportunity for the compound semiconductor industry.

Due to the tremendously successful cost reduction of silicon PV, its deployment is now so extensive that it has led to market saturation during solar hours. Midday prices have been driven to zero and below, while overwhelmed grids are curtailing solar output. Then, as soon as the sun sets – or even disappears behind a cloud – alternative generation has to kick-in immediately, in order to satisfy demand.

Gas generators or lithium-ion batteries that can quickly respond to changes in grid loads have become the default solution to fixing grid instability issues caused by fluctuations in renewable energy output. However, while power from silicon PV and wind is inexpensive, the cost of open-cycle gas generation and electro-chemical battery storage is certainly not. In fact, the cost associated with solar-PV-plus-batteries is so high that their use alone would likely prevent the mass deployment that is needed for decarbonisation. Or, to put it bluntly, gas generators and lithium-ion batteries remain a band-aid solution suitable for short-term support. In reality, what’s needed to decarbonise the world’s electricity grid is large-scale deployment of renewable energy alongside low cost, bulk storage.

RayGen’s solar-and-storage
Our proprietary technology (see Figure 2) is designed to do just that by addressing the growing need for renewable generation paired with bulk storage. The world-first approach to solar that we are taking – described in jargon as ‘tower-mounted concentrated photovoltaic co-generation’ – is the key enabler for our trailblazing approach to storage, which we describe as water-based electro-thermal energy storage or ‘Solar-Hydro’.

Beneath each solar tower in a RayGen solar system are nearly three hundred wireless, automated, dual-axis heliostats that track the sun’s movements across the sky. These mirrors concentrate sunlight by a factor of almost one thousand onto the receiver that’s positioned at the top of the tower.

The receiver incorporates more than four hundred RayGen modules. The surface of each is just 10 cm by 10 cm in size, less than an inch thick, and populated by one hundred highly efficient III-V triple-junction GaAs-based solar cells. Operating with an efficiency approaching 38 per cent, these cells directly convert the concentrated beam into electricity.

A sophisticated cooling system keeps the cells within their operational limits – and generates 90 °C heat as a by-product. This cooling system includes an electrically insulating, thermally conducting industrial ceramic and a water-cooled heat sink.

Each module produces 2.5 kW of electricity and 5 kW of heat – equivalent to a rooftop of a typical home fitted with silicon PV and solar-hot-water panels. As there are 441 modules in a receiver – just over 4 m2 of active area – this produces 1 MW of electricity and 2 MW of thermal energy. The RayGen solar system has been in operation since 2014. Over the intervening years there have been multiple iterations to the module, the receiver, the heliostat and the control system.