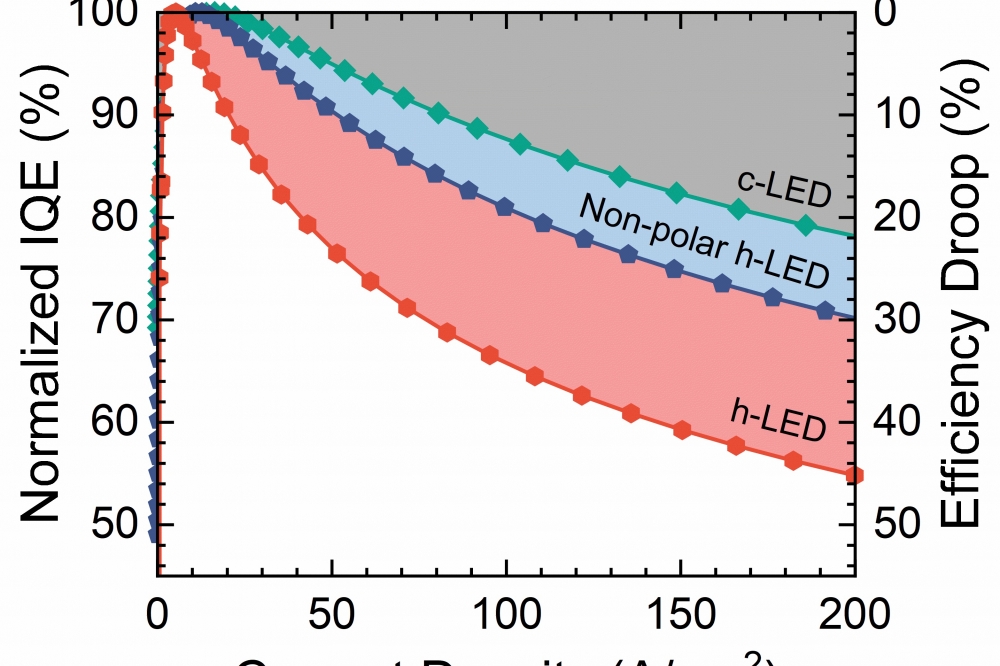 According to this new interpretation, the researchers show that switching from polar h- LEDs to c-LEDs quenches the efficiency droop from 45 percent to 22 percent (i.e. a 51 percent reduction) thanks to polarisation elimination and effective mass reduction. It is further found that the quantum efficiency of c-LEDs is much immune to the Auger electron-hole asymmetry, the increase of Auger coefficient, and thus efficiency degradation mechanisms. Hence, cubic-phase InGaAlN green LEDs offer an appropriate solution to quench the efficiency droop.