How To Test Perovskite Solar Cells For Space 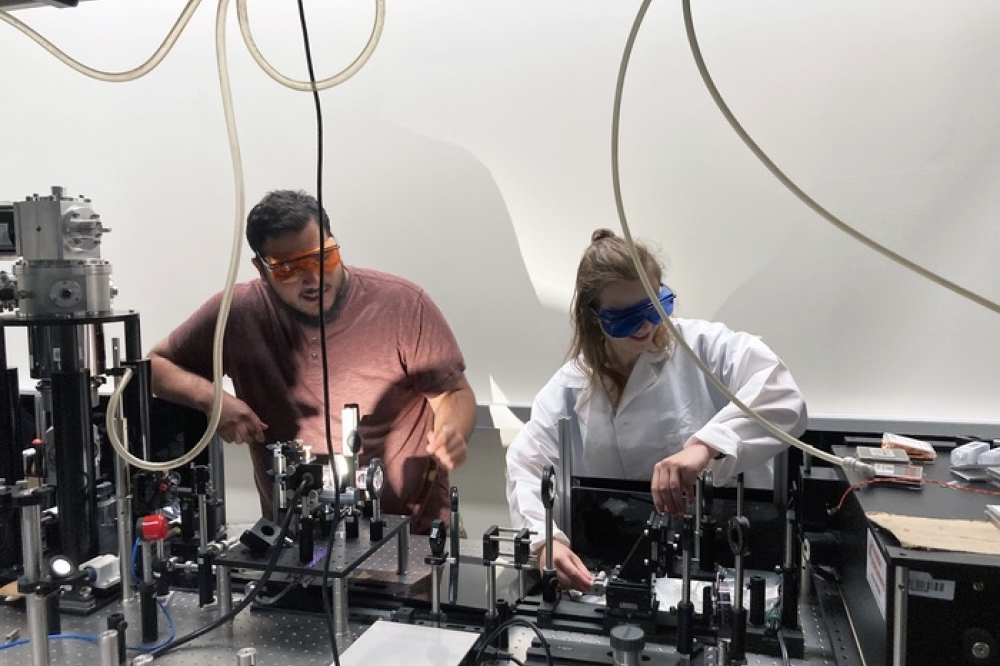 Researchers at the University of Oklahoma, with the National Renewable Energy Laboratory, the University of North Texas, the NASA Glenn Research Center and several collaborators within the space power community, have recently published a paper in the journal Joule that describes the optimal conditions for testing perovskite solar cells for space.

Ian Sellers, a physicist at the University of Oklahoma and a co-author of the paper, said perovskite solar cells are creating excitement in the photovoltaics community due to their rapidly increasing performance and their high tolerance to radiation that suggests they could be used to provide power for space satellites and spacecrafts.

“Perovskites are exciting to a lot of people in the photovoltaics community because this new solar cell material can reach high efficiencies and has done so quickly and relatively simply,” Sellers said. “But these materials also have significant issues in terms of stability and yield, particularly in atmospheric conditions - moisture, oxygen degrades this material, so it was interesting that there were a few people who suggested that despite these terrestrial instability issues, this system appeared radiation hard and appropriate for space.”

“The term ‘radiation hard' is used by researchers to describe how much damage occurs in an object or device when it is a space environment,” said Joseph Luther, a senior scientist on the chemical materials and nanoscience team at the National Renewable Energy Laboratory. “It's interesting, especially with perovskite materials, because the semiconductors are known to be soft, however radiation hardness just means that they can tolerate the radiation induced defects without a rapid degradation in performance.”

The problem the team from OU, NREL and the University of North Texas set out to solve was how applicable standard space testing of solar cells are for the perovskites.

“What we found was that perovskites are radiation hard but not for the reasons many believed,” Sellers said. “We found that the community in general is not testing them properly. Perovskites are thin films, and they are also very soft, so if you use the space protocols developed for traditional solar cells, the interaction of high-energy particles is negligible, meaning perovskites looked radiation hard because they weren't, in our opinion, being tested properly.”

To develop a new way to test the perovskites, a former postdoctoral researcher in Seller's lab, Brandon Durant (now at the US Naval Research Laboratory) worked with Bibhudutta Rout, in the Department of Physics at UNT in Denton, Texas, to measure the solar cells' radiation hardness under different conditions or radiation exposure.

“We started doing these very targeted radiation dependence tests by controllably stopping these particles in different parts of the solar cell,” Sellers said. “So rather than using very high-energy particles, we were using lower-energy particles, specifically protons, since these are more harmful for the perovskites and are very prevalent in space, bombarding solar cells and other materials in space at low energies. When we did this, we confirmed that perovskites indeed are very radiation hard because they're soft and they're not very dense, so when they're damaged, they heal quickly.”

Sellers compares the effect to a tub of water. The water starts out as still. You can splash the water to create chaos, but it will go back to stillness once the splashing stops.

“These perovskites are very close to being like a liquid, so when they're damaged, they self-heal,” he said. “Perovskites, like a tub of water, will be disordered and damaged in space, but will also very quickly settle or heal and go back to normal. What we've done is to create a protocol, a set of conditions that perovskite cells must be tested at before they go into space, so that the global community is testing these materials properly and in the same way.”

Applications for this research opens an array of possibilities. One area of research interest includes the investigation of perovskites' use in permanent installations on the moon, specifically in whether lightweight flexible perovskites could be sent into space folded up and successfully deployed there, or even made on the moon.

Likewise, future research could explore the utility of perovskite solar cells for space missions to planets like Jupiter that have an intense radiation environment or for satellite missions in polar orbits with high radiation levels.

“Space qualification of a new material is driven by mission requirements,” said NASA Glenn Research engineer and co-author, Lyndsey McMillon-Brown. “This work is so important because we're probing the perovskites' response to radiation most relevant to the applications NASA is most interested in.”

“By coming together and defining some protocols that the federal and the commercial space community have agreed with on the way these should be tested is a significant step forward that is pioneering for how perovskites could be deployed in space,” Sellers said.