A Step Closer To Next-generation Semiconductors? 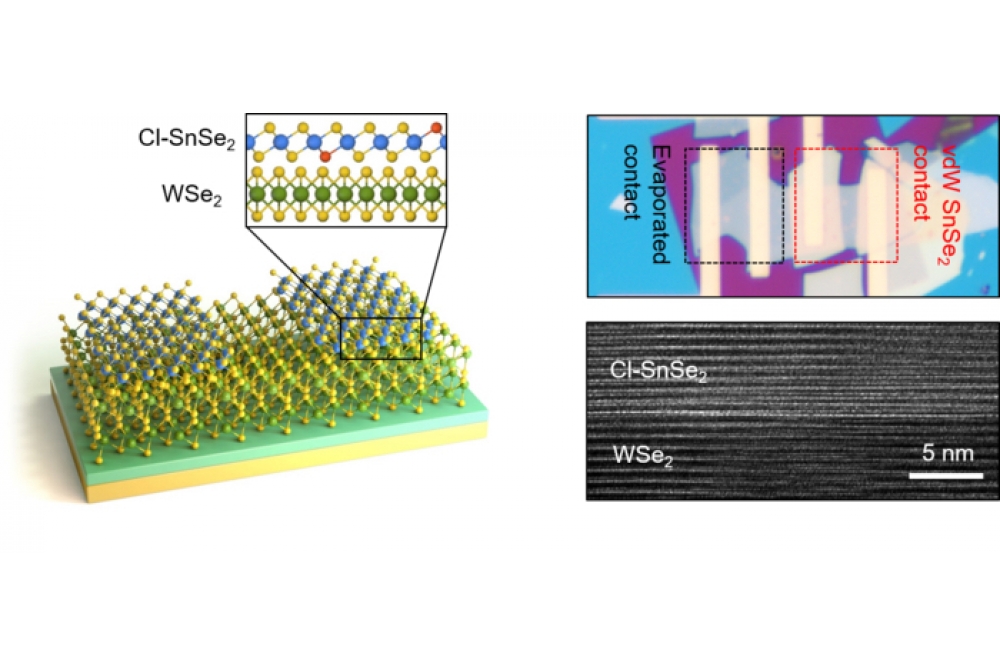 The Korea Institute of Science and Technology (KIST) has announced that a joint research team led by Do Kyung Hwang of the Centre for Opto-Electronic Materials and Devices and Kimoon Lee of the Department of Physics at Kunsan National University, has succeeded in implementing 2D semiconductor-based electronic and logic devices, whose electrical properties can be freely controlled by developing a new ultra-thin electrode material (Cl-SnSe2).

The researchers say it is difficult to implement complementary logic circuits with conventional 2D semiconductor devices because they only exhibit the characteristics of either n-type or p-type devices due to the Fermi-level pinning phenomenon.

By using this device, the joint research team successfully implemented a high-performance, low-power, complementary logic circuit that can perform different logic operations such as NOR and NAND.

Hwang said that, “this development will contribute to accelerating the commercialisation of next-generation system technologies such as artificial intelligence systems, which have been difficult to use in practical applications due to technical limitations caused by the miniaturisation and high integration of conventional silicon semiconductor devices."

He also anticipated that "the developed 2D electrode material is very thin; hence, they exhibit high light transmittance and flexibility. Therefore, they can be used for next-generation flexible and transparent semiconductor devices."