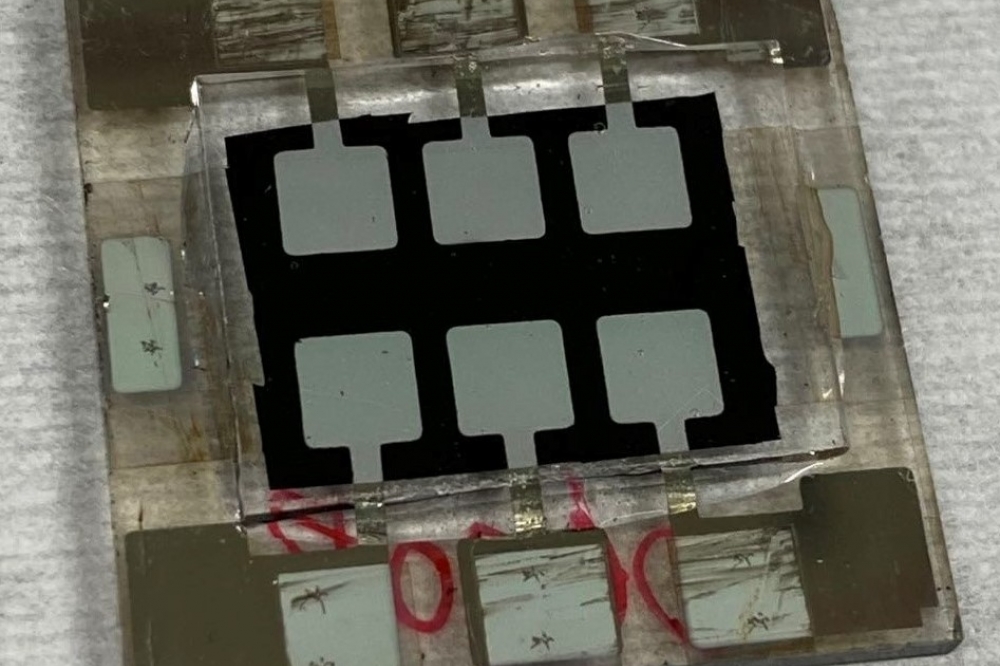 Scientists at the US Department of Energy's National Renewable Energy Laboratory (NREL) have demonstrated a tin-lead perovskite cell that overcomes problems with stability and improves efficiency. The new cell, a tandem design with two layers of perovskites, measured a 25.5 percent efficiency.

The new NREL cell retained 80 percent of its maximum efficiency after 1,500 hours of continuous operation, or more than 62 days.

“This represents an accelerated aging test in the lab,” said Kai Zhu, a senior scientist at NREL and co-author of a new paper detailing the research. “At this tandem efficiency level, the best reported stability in literature is normally several hundred hours.”

Details about the new cell are spelled out in 'Carrier control in the Sn-Pb narrow-bandgap perovskites via 2D cation engineering for all-perovskite tandem solar cells with improved efficiency and stability,' which appears in the journal Nature Energy.

Perovskite refers to a crystalline structure rather than to a specific element such as silicon, and the solar cells are made from a chemical solution affixed to a substrate. The two corresponding authors, Kai Zhu and Jinhui Tong, said a tandem perovskite cell, in which two layers are joined to capture slightly different slices of the solar spectrum, can be more than 30 percent efficient.

Many of these researchers demonstrated in a 2019 paper published in the journal Science a tin-lead tandem perovskite cell with an efficiency measured at 23.1 percent. They compensated for any problems caused by tin by adding the chemical compound guanidinium thiocyanate, which resulted in marked improvements in the structural and optoelectronic properties of the cell.

Improving upon that earlier experiment, the scientists added phenethylammonium iodide along with guanidinium thiocyanate. The improved tin-lead perovskite saw its carrier lifetime increase to about 9 microseconds. The combined additives also reduced the defect density associated with tin oxidation to a level unprecedented for tin-lead perovskites and similar to the values for lead-only perovskites.

The new cell also demonstrated an improvement in the voltage generated, at 2.1142 volts. In comparison, the best certified tandem device registered 2.048 volts.

The US Department of Energy's Solar Energy Technologies Office funded the research.