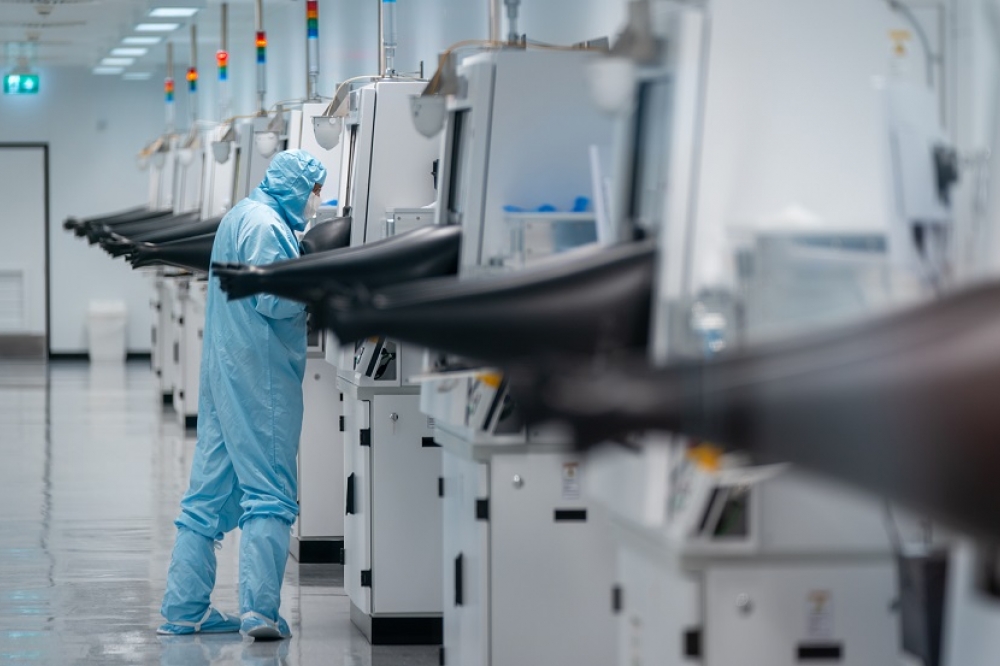 In late June this year, UK-based epitaxial wafer supplier, IQE, signed a multi-year agreement with California laser developer, Lumentum, to supply epiwafers for 3D sensing, automotive lidar and optical networking applications. The deal follows many years of development between the two companies - IQE has supported Lumentum's volume ramp of large-scale VCSEL arrays – and ensures Lumentum will have both a secure supply of wafers and development resources for future products.

At a time when OEMs are demanding more and more photonics systems rather than components, and photonics integration is driving vertical integration across the sector, IQE chief technology officer, Rodney Pelzel, reckons that the latest partnership will ensure a swifter delivery of products to market. “We have been able to get products to market faster than our vertically integrated competitors,” he says. “It's a little counter-intuitive but from our observations, if you can link your core competencies together with appropriate agreements and you have a good working relationship... you will have dedicated capacity and you can reduce your time to market.”

IQE now intends to secure more long-term wafer supply agreements with other partners, which combined with the Lumentum deal, can only spell good news for manufacturing in the UK. In recent years, the company has been installing MOCVD reactors at its Newport foundry in South Wales for 6 inch GaAs wafer production. The site currently has at least ten fully-qualified reactors and will be adding more in the future.

“Newport is our centre of excellence and preferred place for VCSEL manufacture but we can also do this in Massachusetts and Taiwan,” highlights Pelzel. “Our priority is to fill up Newport [first].”

According to Pelzel, six inch GaAs production could be easily ramped up at Newport and the reactors are also upgradable to eight inch wafer sizes. The furniture within the reactors could also be modified to handle four inch indium phosphide substrates. “We can produce eight inch GaAs epi-wafers, but then of course these would need to go to a fab that has an eight inch tool set – this is what I would call the rate-limiting factor here,” he says.

So what now for IQE and Lumentum? The partners are currently manufacturing six inch GaAs epi-wafers and VCSELs for the high volume 3D sensing smartphone market but also have high hopes for automotive lidar applications, which are slated to present huge growth opportunities for players up and down the supply chain. Here VCSELs could be more widely used in driver monitoring and infotainment systems, and eventually find application in the advanced driver assistance systems of autonomous vehicles.

These applications will demand longer-wavelength VCSELs, and development of epi-wafers for these devices is well underway at IQE. The company has been working with dilute nitride materials for nearly two decades, adding small amounts of nitrogen to GaAs-based materials to stretch device wavelengths to 1500 nm. Near-infrared and visible wavelength photodetectors, edge-emitting lasers, and VCSELs have been demonstrated on wafer sizes up to 150 mm diameter, and key target markets are smartphone sensors and lidar.

“No-one has found a way to [deposit dilute nitride layers] properly or effectively with MOCVD – to date, the only reliable material has come from MBE,” explains Pelzel.

High volume markets also demand larger wafer sizes. To this end, IQE has also been busy developing its IQGeVCSEL 150 technology for six inch VCSELs on germanium. The use of Ge to manage strain is critical to growing high quality, flatter epi-wafers, and as Pelzel says: “This becomes very very important [at larger wafer sizes].”

And critically, the technology also provides a route for VCSEL growth on up to 300 mm silicon substrates via the company's Ge-on-silicon templates. As part of the larger wafer picture, IQE partnered with wafer manufacturer, GlobalFoundries, in late 2021, and earlier this year the company announced the world's first commercially available 200 mm VCSEL wafer, manufactured on germanium.

“Once you are on a 200 mm platform you can communicate with players that currently do not play in the compound semiconductor industry... you start to speak the language of the very large silicon foundries, such as Global Foundries,” says Pelzel. “[Larger wafer sizes] also allow you to utilise leading-edge fabrication equipment.”

Pelzel won't comment on whether or not IQE is working with Lumentum on dilute nitride and germanium technologies, but as he says: “Our strategic partners are prime candidates for test-beds.... and these [technologies] would be part of the toolbox we can offer to all of our customers.”

Looking to the future, Pelzel is certain that the development of IQE's technologies for long-wavelength emission will continue at high speed as will the transition to larger and larger diameter wafers. “But we've also got an integration play,” he says. “The VCSEL layer stack that we grow will need to look a little bit different so customers can integrate it with CMOS in different ways.”

And he also expects GaN material systems to be a 'key focal point' of the IQE's activities for both RF and photonics devices. For example, the company recently partnered with Porotech, to scale and commercialize GaN-based microLEDs. “Power electronics will be big in GaN, but in my view microLEDs will be the biggest pull for eight inch volume for compound semiconductors,” he says. “Then this will enable everything else.”