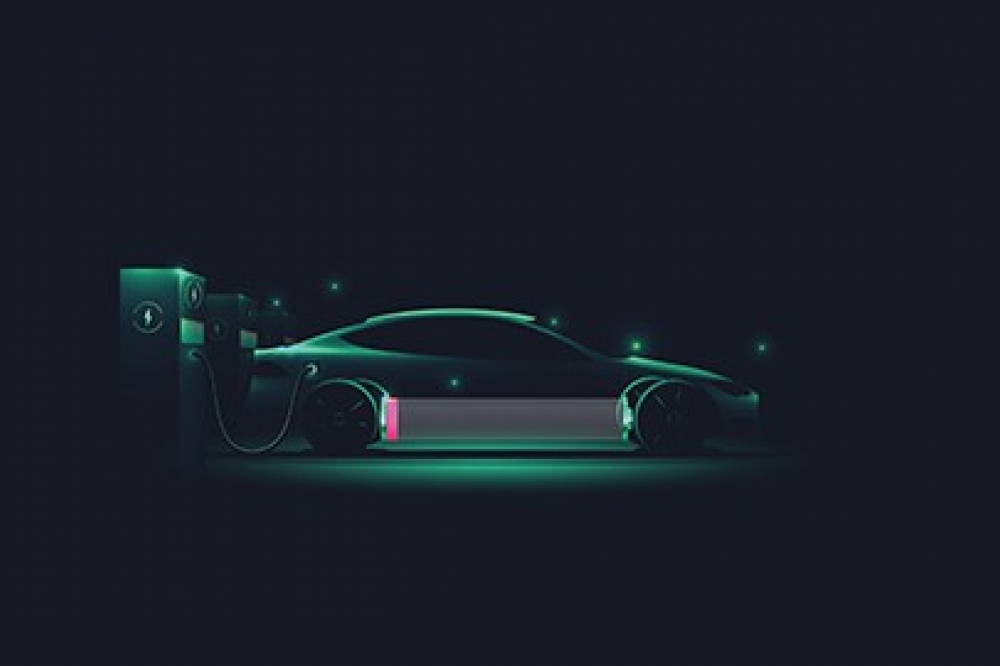 As shipments of SiC substrates and devices soar over the next few years, several companies are setting their sights on annual revenues of more than a billion dollars from this sector.

There’s no doubt that sales of SiC devices are going to climb over the coming years, driven by efforts to expand material supply and chip production. However, even when one has taken this on-board, it’s still easy to overlook just how step a trajectory is anticipated.

Those that do have a good handle on the exceptional pace of growth that’s expected for the SiC industry include those that attended this year’s CS International, held at the Sheraton Hotel at Brussels Airport on 28-29 June. During a session entitled Building a Multi-billion Dollar SiC Industry, delegates heard from market analysts, producers of chips and equipment manufacturers – all of them underscored the rapid rate of growth in the SiC sector and the drivers behind it.

Billions and billions
According to Poshun Chiu, Technology and Market Analyst at Yole Intelligence, the SiC market will grow from around $1 billion in 2021 to more than $6 billion by 2027. Over that timeframe the compound annual growth rate will be an astonishing 34 percent. Most sales of SiC power devices are associated with the automotive industry, explained Chiu, with chips being deployed in battery-powered vehicles, such as cars made by Tesla. He claimed that in 2021 this accounted for 63 percent of all SiC revenue, and forecast that by 2027 it will be worth a 79 percent share. The majority of the rest of the revenue is attributed to a combination of: industrial markets, including charging stations; the energy sector; telecom and infrastructure; and transportation, which includes the railways.

These four giants of this industry, plus some of the other leading players, are all making colossal investments in infrastructure over the next few years. These two European heavyweights ST and Infineon previously announced total capital expenditures of $2.1 billion and $1.6 billion, respectively, in 2021.

This expenditure included investment in SiC production lines. ST used funds to expand the capacity of its 150 mm facilities in Catania and Singapore. Meanwhile, Infineon, which is investing a further $2.4 billion this year, is converting of a 150/200 mm silicon line in Villach, Austria, to SiC and GaN; and funding improvements to a facility in Kulim, Malaysia, that will expand wide bandgap epitaxy and 300 mm silicon capacity.

More modest amounts are currently being invested by onsemi and Wolfspeed, which began a $1 billion investment in its 200 mm fab back in 2018. The US SiC specialist is currently expanding its material and device level capacity, having spent around $0.5 billion in 2021, with plans to invest a similar figure this year. Meanwhile, onsemi paid $415 million last year to acquire SiC crystal boule maker GTAT, and in the 15 months running up to this spring it invested around $0.6 billion in a capacity expansion supporting SiC activity.

Rohm, which Chiu describes as a “very important Japanese player”, has earmarked $3.5 billion for investment in the coming 5 years. This will fund the construction of a new 200 mm line at its Apollo facility. In addition, the company has set aside almost $440 million to secure SiC raw material.

II-VI, which following an acquisition of Coherent is planning to trade under that name, also has an ambitious outlook. Over the next ten years it expects to spend $1 billion on its SiC activities, with strong interests in device business in the years to come.

It is of no surprise that the great prospects for SiC is leading to a number of mergers, acquisitions and partnerships. Chiu presented a timeline capturing this, which highlighted that there has been much activity over the last couple of years. While acquisitions tend to grab the headlines, such as Soitec’s purchase of NovaSiC and Qorvo’s buying of UnitedSiC, the sharing of IP plays a big role in the evolution of the industry. Examples include II-VI licensing technology from GE, and Vitesco Technologies, a maker of drive technologies, working with both Rohm and Infineon.

One trend that exists in every sector of the semiconductor industry is that as revenues increase, manufacturing shifts to larger wafers. That’s taking place in the SiC industry, with several companies already demonstrating a 200 mm platform. But that’s not the only important advance, according to Chiu: engineered SiC substrates are being pioneered by Soitec and Sumitomo, there is innovation in SiC growth technology at KISAB, and Infineon and Disco are breaking new ground in wafering processing.

China’s charge
So far, China is yet to make a big impact in the SiC sector. But this is sure to change, as it’s already laying the foundations for success, with companies now operating at all levels within the supply chain. Suppliers of SiC boules, substrates and epitaxy include the leading Chinese player in this sector, TankeBlue, and SICC and Sanan Optoelectronics; while BYD Semiconductor is spanning chip processing through to the system level; and there are more than 50 companies that have announced business plans associated with SiC.

Another way to monitor the growth of activity in China is through the filing of patents. Evaluating developments from this perspective is Rémi Comyn, Technology & Patent Analyst, Compound Semiconductors and Electronics, at Knowmade.

At this year’s CS International, Comyn highlighted the dramatic growth in patent filing by Chinese companies over the last few years. It is his view that this country’s patent activity took off in 2015, and by 2020 it started to lead the world (see Figure 1).

“While very few Chinese players are making products, we can see an ecosystem in the patent activity,” remarked Comyn, who named a number of companies with IP for bulk and bare wafers, for epitaxial substrates, for devices, for modules and for circuits. He explained that the nascent SiC industry is supported by research at the country’s universities, and the funding of projects that bring many partners together. Efforts are also aided by building on existing infrastructure in power electronics and in compound semiconductor technologies, such as optoelectronics.

Comyn has also considered the type of patent that’s been filed, and how this has changed since the start of the millennium. He pointed out that if you go back more than a decade you will find that patents on bulk SiC and SiC devices dominated, while since 2015 there has been a shift to patents associated with SiC devices and modules. Filings associated with SiC epiwafer IP have remained relatively limited, but bulk SiC IP activity has been very active over the past decade.

Infineon’s expansion
Details from one of the big-four within the SiC industry, Infineon, were provided in a presentation by company Vice President of SiC, Peter Friedrichs.

Like many of its rivals, Infineon has a vast power portfolio, with devices made from silicon, SiC and GaN all spanning a wide range of voltages. Friedrichs explained that the company is complementing each of its silicon devices with an alternative based on a wide bandgap semiconductor: the OptiMOS silicon technology is now complemented with the GaN e-mode lateral HEMT; the silicon superjunction has both this GaN HEMT and the SiC MOSFET as alternatives; and the latter offers a second option to the silicon IGBT.

Friedrichs argued that Infineon is well-positioned for success, claiming “experience is very useful”. The company has been active in SiC for more than 25 years, and brought the first SiC diode to market back in 2001.

Over the years Infineon has expanded the markets it serves. Back in 2017 sales to makers of solar string inverters accounted for around 87 percent of all the company’s SiC revenue. For 2021, this market still brought in more money than any other, but only accounted for 29 percent of all sales. Significant revenue has also come from sales to makers of uninterruptible power supplies, the transportation sector, the energy distribution and storage industry, and those working in transportation.

According to Friedrich’s, in 2021 sales of SiC devices netted Infineon $200 million, and should climb by more than 90 percent this year. He told the delegates in Brussels that the company’s target of $1 billion of annual revenue from SiC should be hit by the middle of this decade, by which time the automotive market will generate about half of these sales, with the other half attributed to the industrial sector.

Friedrich’s claimed that Infineon has the broadest and best SiC portfolio. There are discrete products and modules for the industrial market spanning 600 V to 1.7 kV, and alternatives for the automotive market ranging from 650 V to 1200 V.

Supporting this portfolio is a range of other products. According to Friedrichs, controllers, drivers and switches can come together to produce systems that combine the highest lifetime and reliability with the fastest charging cycles, in a compact design that increases power density by up to 30 percent. Friedrichs also championed the company’s new die attach process, known as .XT technology. This award-winning process is said to enable a significant improvement in thermal impedance. Compared to standard technology, there is an increase in thermal dissipation capability from 145 W to 188 W.

The .XT technology is employed in Infineon’s 2 kV SiC MOSFETs and diodes, released earlier this year to expand the variety of products that can serve in an ever expanding number of applications. The 2 kV power devices enable an increase in power density, leading to smaller units for energy storage, charging, and solar inverters. When replacing 1.7 kV products for applications operating at 1.5 kV DC, the MOSFETs combine additional headroom with a ten-fold fall in the cosmic-ray-induced failure rate and a lower on-resistance – for the MOSFET, it is either 12 mΩ or 24 mΩ, compared with 35 mΩ, 45 mΩ or 60 mΩ for the 1.7 kV range. The company has also released an isolated gate driver, which is claimed to provide the perfect match to its 2 kV MOSFET discrete and module.