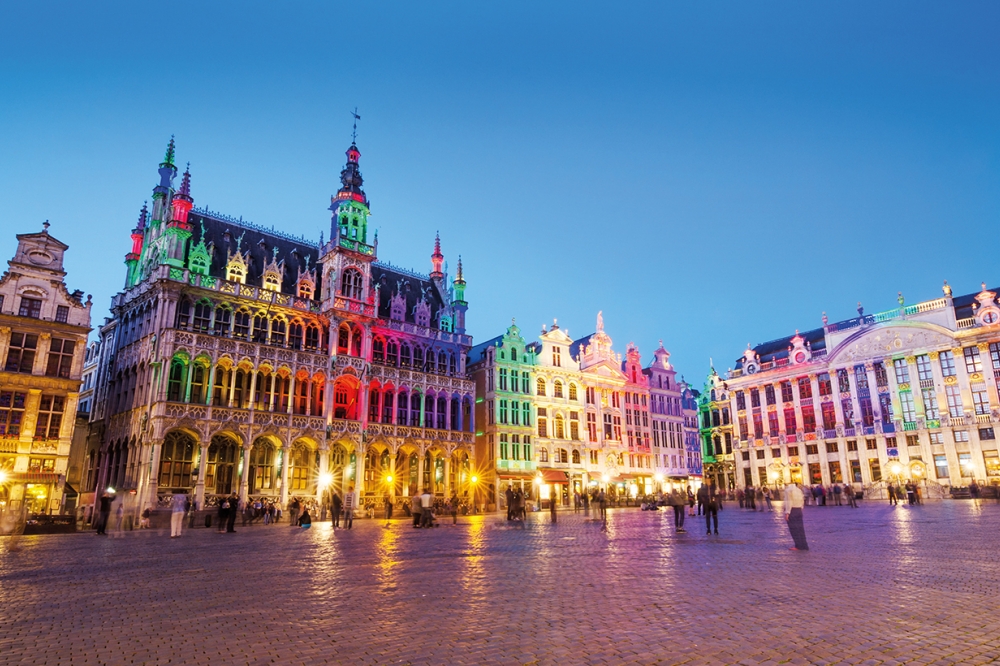 The age of LED lighting is now upon us. Today white LEDs, utilizing phosphor-converted InGaN blue pump sources, are ubiquitous in general illumination. Due to this, attention has shifted away from blue LED technology, with the focus now on improving InGaN epitaxy at longer wavelengths, as this holds the key to more efficient emission in this spectral domain. Such efforts are motivated by a desire to increase the wall plug efficiency (WPE) of green and amber LEDs, and ultimately improve phosphor-free illumination systems based on colour mixing. This approach has already gained some traction at current system-efficacy levels, thanks to the benefits that colour-tuneable lighting brings to human health and well-being. In future, there is the tantalising prospect of building next-generation systems that exceed the efficacy of phosphor-converted blue light sources, enabled by large improvements to the WPE of LEDs in the green-amber range. Getting there, though, will not be easy.

When increasing the emission wavelength of the InGaN LED, there is never an abrupt decline in the internal quantum efficiency (IQE). Instead, it gradually decreases - although this adds up to a large difference between the external quantum efficiency (EQE) of state-of-the-art blue and green emitters (see Figure 1). Inspect the plots of the EQE at various currents, and it is clear to see that the wavelength dependence of InGaN efficiency is intertwined with that of the widely discussed malady known as ‘droop'. These phenomena are naturally interconnected, given that they are governed by fundamental recombination physics and non-radiative Auger recombination.

Figure 1. The external quantum efficiency of state-of-the-art visible wavelength LEDs with 1 mm by 1 mm dimensions and a hemispherical dome encapsulation.

Another factor at play in InGaN LEDs, which explains many of its unusual characteristics, is the crystal polarization charges that exist at the interfaces between the quantum wells and barriers. Present in conventional devices formed by epitaxial growth along the c-axis orientation, these charges give rise to internal electric fields across the QWs - and as the indium content in these wells increases, the quantum-confined Stark effect (QCSE) get stronger.

It's worth noting that the strong QCSE in InGaN LEDs is actually a blessing and a curse. Its benefit is that by shifting both the electron and the hole energies, it is possible to realise green and even red emission with QW indium concentrations that are manageably low in terms of the challenges of crystal growth. But this blessing comes at the cost of a comparatively long radiative recombination lifetime, of the order of 100 ns. Due to this, degenerate hole densities arise in green LEDs at current densities below 10 A cm-2, and the Auger process becomes the primary recombination mechanism at practical operating conditions. The higher carrier densities reached in longer wavelength InGaN LEDs impair performance, increasing the severity of IQE droop, inducing a blue shift, and broadening the emission spectra at higher drive currents. Working in tandem, these drawbacks are so significant that they are holding back the large-scale deployment of green and yellow LEDs in solid-state lighting, especially for applications requiring high luminance.

To address all these technical challenges, our team at Lumileds has been participating in a project funded by the US Department of Energy that is trying to increase the efficiency of InGaN LEDs at longer wavelengths. Working with us are collaborators from the University of Michigan, the University of New Mexico, Ohio State University and Sandia National Laboratory.

Our strategy for realising far-more-efficient green LEDs is to engineer the epitaxy so that we utilise many QWs, thereby reducing the average carrier density within the active region. While this may appear to simply involve increasing the number of QWs, it's actually more subtle. Success hinges on evenly distributing electrons and holes across multiple quantum wells - a goal that is frustrated by an imbalance of the respective carrier mobilities, as well as energy barriers to carrier injection and inter-well transport, associated with interface polarization charges.

To enjoy success, we exploit ever-present threading dislocations that arise from GaN epitaxy on substrates such as sapphire and silicon. By controlling growth conditions, we open or close pits around dislocations, as this allows us to produce devices that are three-dimensional at the microscopic scale and enhance hole injection through the lateral direction. With this strategy we have fabricated LEDs that have an EQE exceeding 40 percent and a dominant wavelength of 525 nm when driven at a current density of 35 A cm-2. As well as diminished droop (see Figure 2), these optimized green multiple-QW designs offer reduced sensitivity of spectral characteristics to changes in current density (see Figure 3).

These observations are consistent with our understanding that non-radiative recombination and shifts in spectral properties have a common origin, namely a high carrier concentration, and that both these weaknesses can be addressed with LED designs that drive down the average carrier density. Note that even for our green LEDs, specifically optimized for high-power operation, employing a lower current density ensures large efficiency gains (see Figure 2).


Figure 2. External quantum efficiency as a function of current density for optimized green LEDs with various numbers of quantum wells in the active region.

From green to red
For wavelengths longer than 590 nm, today's AlInGaP LEDs have a much higher intrinsic efficiency than their InGaN cousins (see Figure 1). While this is likely to always be the case, the emergence of microLED display technology has generated considerable interest in InGaN red epitaxy. Partly fuelling this interest is a comparison between the respective efficiency levels for different colours - this identifies that regardless of the material system, the red LED consumes the majority of the power in a display.

There are several arguments in favour of a switch from red AlInGaP LEDs to those made from InGaN. Moving to InGaN for the red content would simplify the complexity of integration, as all sub-pixels would be based on the same materials system. Attempts to realise monolithic integration would also face fewer hurdles. In some cases, these gains could be so compelling that they could counter the hit to efficiency. Another consideration supporting a switch to InGaN is that despite its lower intrinsic efficiency, it might outperform AlInGaP at sufficiently small pixel sizes, due to its slower surface recombination velocity. Whether that's actually the case is an important question with an ever-changing answer, influenced by improvements to epitaxy and die passivation technologies.

We are continuing to consider this matter, updating our view as we advance both materials systems. For InGaN, the process that we use to make red epitaxial wafers employs standard LED production substrates and reactors. By taking this approach, our InGaN wafers for blue, green and red LEDs are interchangeable in die fabrication. This contrasts with many exotic approaches for making red LEDs, such as selective-area epitaxy, porous GaN templates and InGaN pseudo-substrates. All are potentially interesting from a performance standpoint, but come with obvious disadvantages in manufacturing cost and complexity.

The emission of a representative InGaN red LED produced by our team is broad, but spatially homogenous at the microscopic scale, even for a very low injection current (see Figure 4). For such broad spectra the dominant wavelength is substantially shorter than the peak wavelength; due to this, in order for the eye to actually perceive this emission as red, the peak wavelength must sit well within the red. While InGaN LEDs with peak wavelengths as short as 600 nm have been referred to as ‘red' in the literature, they actually fail to meet the minimum colour requirements for display applications. Our epitaxy is capable of producing LEDs with true red emission at current densities up to 50 A cm-2. These devices have wall-plug efficiencies comparing favourably with those published for InGaN LEDs of similar dominant wavelengths.