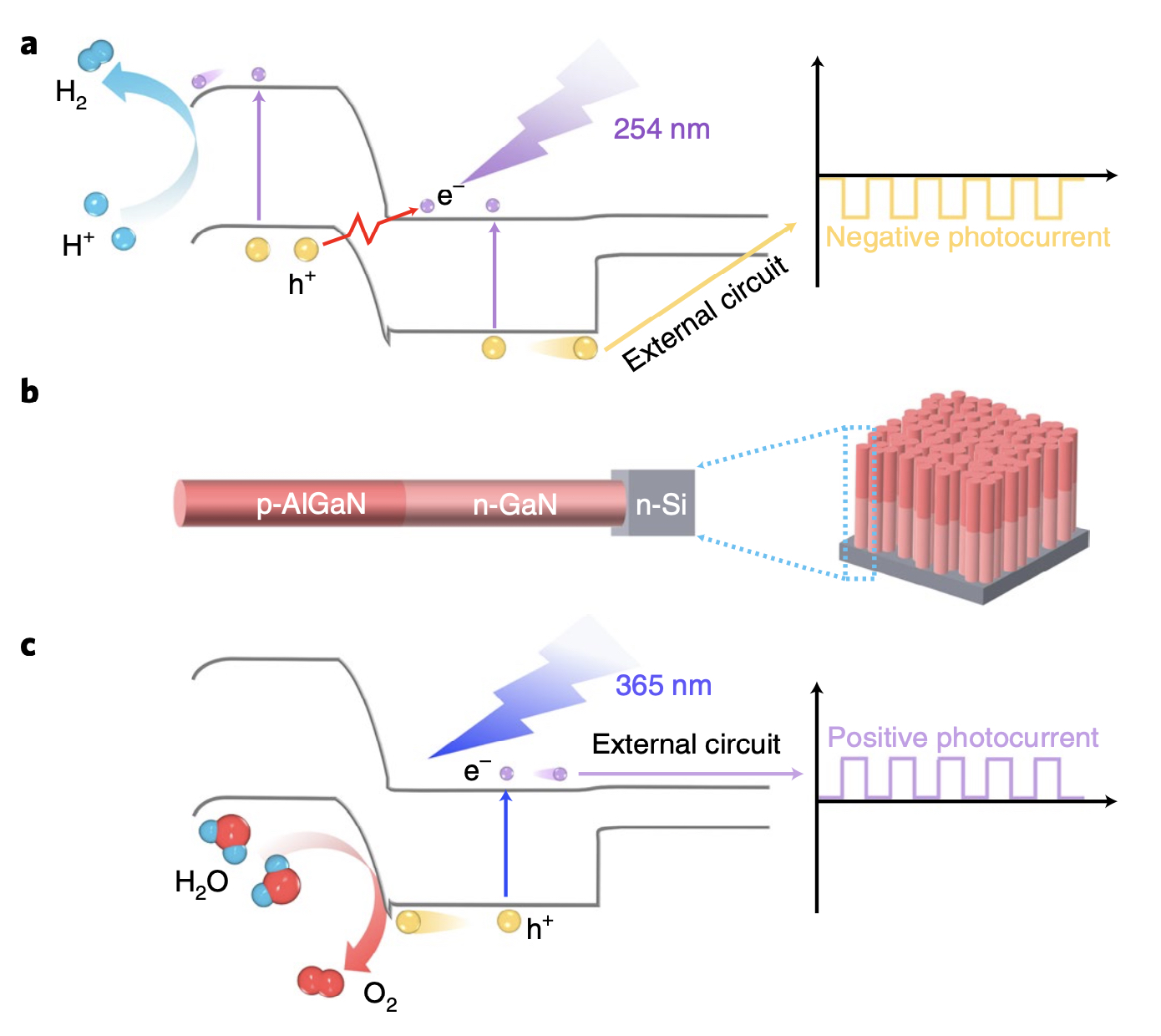 A semiconductor p-n junction, with its unique rectification behaviour, acts as the fundamental building block to form numerous electronic components. All p-n junction-based devices obey basic semiconductor physics of unidirectional current flow. However that can limit their function.

Combined with the photoelectric effect, p-n junctions have been used to build classical solid-state photodetectors for photonic systems. However, their detection capability is constrained to a certain spectrum range since they always generate photocurrent flows in the same direction.

With inspiration from earlier reports on novel p-n junction device architectures to expand the functionalities beyond a single p-n junction, Haiding Sun and his colleagues from the University of Science and Technology of China have demonstrated a new type of photodetector.

In their study published in Nature Electronics, they show that the direction of photocurrent in a p–n heterojunction device can be switched by using different wavelengths of light, in other words, to create a dual-polar photoresponse that can be used for multi-bands or spectrally distinctive/selective photodetection.

Traditional p-n junction-based photodetectors generally show a unipolar photocurrent response when illuminated with light of wavelength equal or shorter than the optical bandgap of the materials. To overcome the limit, the team constructed a light-detection electrochemical cell based on p-AlGaN/n-GaN nanowire p-n heterojunction on conductive silicon substrate, and demonstrated distinctive photoresponse with reversed polarity from the cell under different illumination wavelength (e.g., 254 nm or 365 nm in this work for demonstration, as shown in Figure 1 above).

They observed bidirectional photocurrent behaviour after illumination of the device at two different wavelengths which triggered opposite redox reactions (hydrogen evolution reaction (HER) and oxygen evolution reaction (OER)) on the nanowire/electrolyte interface and thus induces polarity reverse of the photocurrent. This enables a fast and easy way to distinguish different spectral bands by simply verifying the polarity of photocurrent and its magnitude (see Figure 2 below), .

Figure 2: (a) the photocurrent density under 254 nm and 365 nm light illumination on the nanowire with and without Platinum decoration, showing the switch of photocurrent direction under different light irradiation. (b) the transmission electron microscopic image of our p-n heterojunction nanowires.

In other words, this newly constructed light-detection electrochemical cell operates under a combination of physical processes (photoelectric conversion and carrier transport in single p-n junction) and chemical process (redox reaction on nanowire surface). This enables a fast and easy way to distinguish different spectral bands by simply verifying the polarity of photocurrent, which offers a new degree of freedom to manipulate the carrier transport and thus current flow in semiconductor devices.

Such bidirectional photocurrent behaviour could be used in applications such as switchable light imaging and optical communication, as well as filter-less colour discrimination, especially in underwater or bio-related field since our device can be directly implemented in the aqueous condition without sophisticated packaging.