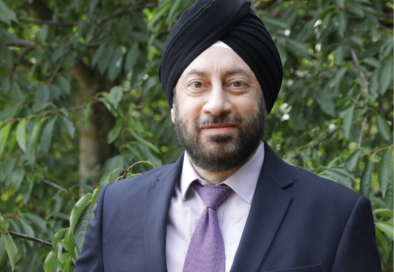 The UK's Compound Semiconductors Applications Catapult has expanded its board of directors and has appointed Raj Gawera as a non-executive director. Raj joins the non-executive team at the Catapult and has over 25 years of experience in short range and wireless communications technology R&D, business development and marketing.

During his career, Gawera was part of the initial IEEE 802.11 team who defined the first WLAN standard in 1996, a technology which has now shipped over 5bn units. Raj also helped pioneer the first 3G data transmissions working with Motorola and others to demonstrate one of the first video calls at the 3GSM show in 1998, many years before 3G licences were awarded.

Gawera was a founder member of startup UbiNetics (1999), that successfully exited in 2005 for over $120m. As part of that deal, Gawera joined CSR and ultimately took the role of VP marketing where he was part of the team that acquired SiRF Technologies for $136m (2009) to add GPS technology to CSR portfolio. In 2012, he helped sell CSR’s handset business to Samsung in a deal worth $310m for 310 staff. As part of that deal, he took up the role of VP marketing responsible for defining future wireless products.

In 2014, Gawera was promoted to head up the SCSC subsidiary leading the silicon and software development for Samsung’s connectivity solutions. Gawera is now responsible for several European development centres delivering leading edge technology into Samsung’s semiconductor division. The technology from these development centres has now been in mass production in hundreds of millions of units across multiple global customers in mobile and IoT products.

CEO of Compound Semiconductor Applications Catapult, Martin McHugh, commented on the appointment: “We’re delighted to welcome Raj to the team at CSA Catapult. His wealth of experience and expertise within wireless comms technology is a fantastic addition to our non-executive team. We look forward to working with Raj in 2022 which is sure to be an exciting year for the Catapult.”

CSA Catapult was established to help the UK become a global leader in compound semiconductors through collaboration with both large companies, and start-ups to develop and commercialise new applications using this technology.