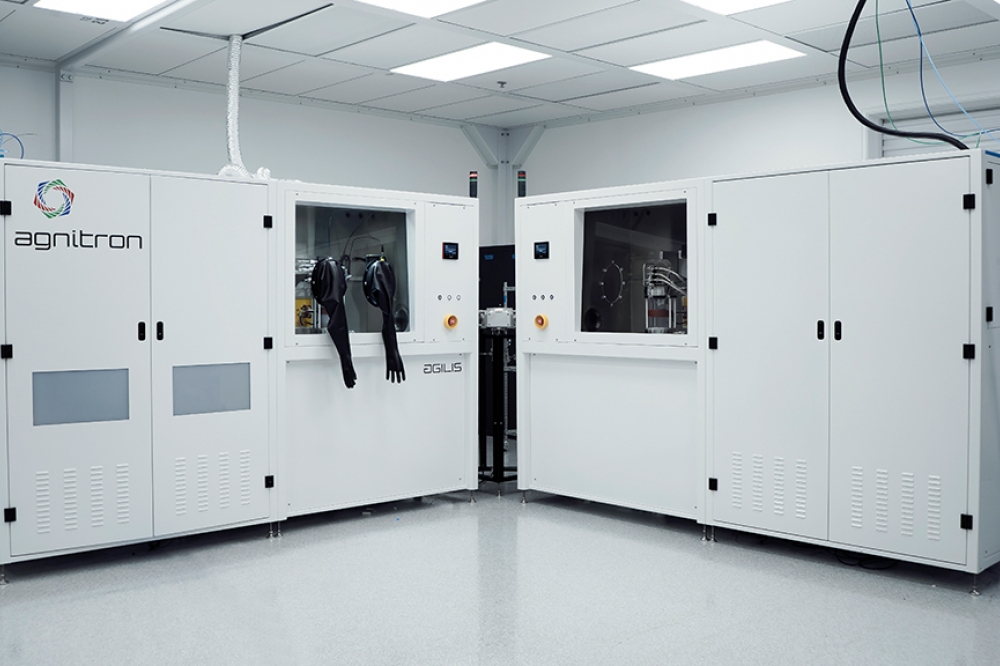 How do you produce great gallium oxide power devices? It’s a combination of excellent reactor design, ideal precursors and dopants, a partner material for forming heterostructures, and good dielectrics and contacts. BY Fikadu Alema, Aaron Fine and Andrei Osinsky FROM AGNITRON, Arkka Bhattacharyya FROM The University of Utah AND Sriram Krishnamoorthy FROM UCSB

The global consumption of electricity, the most vital of all our energy sources, is sure to rise over the coming decades. So, in order to save the planet, it is critical to generate more electricity from renewables, and use this precious resource as efficiently as possible.

Efforts are already underway to trim the losses associated with transmitting electricity and its conversion from one form to another, such as from AC to DC. Savings are also coming from the increased adoption of wide bandgap devices, made from SiC and GaN. It's certainly a step in the right direction, but even better results are possible by making power electronic devices out of an even wider bandgap material, β-Ga2O3. Compared with that pair of middleweights, it has a higher critical electric field and, at the system level, promises improvements to size, weight and power. What's more, sizeable single crystals can be grown from the melt, enabling manufacture of devices on large native substrates that are cheap to produce - the same can't be said for GaN and SiC.

The Agnitron Agilis 100 is a single-wafer tool. Using induction heating, wafer carrier temperatures can reach up to 1,700 °C.

One big decision facing every developer of Ga2O3 power devices is which epitaxial process to employ. Films of β-Ga2O3 have been produced by MBE, HVPE and MOCVD, but there are strong arguments to suggest that the latter is the best growth technology for this oxide. For example, Ga2O3 grown by MOCVD has the highest low-temperature mobility - it is eight times higher than that for samples produced by MBE, and four times that for material made by HVPE (see Figure 1). It is also worth noting that the purity of epitaxial β-Ga2O3 films grown by MOCVD is higher than state-of-the-art values for 4H-SiC and GaN materials, which have been studied and refined for decades.

Additional attributes of MOCVD are that it is capable of producing high-quality, uniform epitaxial films with controllable doping levels at growth rates varying from just 0.1 mm/hr to as much as 10 mm/hr. Controlling the growth rate and the doping level makes MOCVD suitable for producing lateral and vertical devices, both geometries of interest for developers of power devices.

Even though Ga2O3 is still in its infancy, there is no need for companies or university groups that are keen to develop and refine Ga2O3 power devices to build their own reactors. Commercial tools are available, including those provided by those of us at Agnitron Technology of Chanhassen, MN. Since 2016 we have been actively developing MOCVD reactors to grow high-purity Ga2O3 and its related alloys for R&D and commercial applications. Over that time we have built and sold more than ten MOCVD reactors worldwide that are suitable for growing Ga2O3.

Our reactors have already produced record-breaking results, as confirmed at our internal R&D laboratory at Agnitron, and also by a number of our customers. Back in 2019, a collaboration between those of us at Agnitron and James Speck's group at the University of California, Santa Barbara (UCSB), unveiled a record-breaking room-temperature electron mobility of 176 cm2 V-1 s-1 for unintentionally doped β-Ga2O3, grown using our Agilis 100 reactor. Since then, driven by remarkable improvements, both internally and by our customers, even higher mobilities have been reported. They include values for room-temperature electron mobilities from 140 cm2 V-1 s-1 to nearly 200 cm2 V-1 s-1, the theoretical limit for Ga2O3,by Agnitron, Krishnamoorthy's group at the University of Utah (now at UCSB), and Zhao's group at the Ohio State University (OSU) - both are using Agnitron's Agilis 100 reactors (see table 1 for an overview of impressive results for mobility, both at room temperature and cryogenic temperatures).

The close working relationship between our team at Agnitron and a number of world-class researchers has supported the development of our growth reactors and processes. Operating in this manner, we have assembled a great deal of expertise associated with the growth of gallium oxide. We will now share this with you, offering our insights into the choices for the sources of gallium and oxygen, how best to dope this material, how to form a superlattice, and how to add dielectrics and contact materials. After covering all of this, we shall finish by detailing the merits of particular designs with Agnitron's MOCVD portfolio.

Which gallium precursor?
Growers of epitaxial β-Ga2O3 films have two forms of gallium precursor to choose between: the more common tri-methyl-gallium (TMGa), and the variant tri-ethyl-gallium (TEGa). Having the upper hand in many regards is TMGa. This precursor has greater availability, thanks to its widespread use for growing various GaN-based and GaAs-based commercial devices; it is relatively low in cost; and it enables fast growth rates.

Using a close-injection showerhead reactor, we have realised a growth rate of around 10 µm/hr. Such a high growth rate shortens the time it takes to form epistructures with layers that are tens of microns thick, required to block voltages in excess of 10 kV.

The faster growth rate for TMGa, compared with TEGa, partly comes from a higher vapour pressure that enables the introduction of a higher concentration of gallium into the growth chamber. In addition, TMGa undergoes faster reaction kinetics. During pyrolysis, TMGa decomposes through a two-step mechanism, while for TEGa it is a three-step process. Shortening the reaction pathway allows TMGa to react faster with the oxidizing gasses, ensuring a higher growth rate. Mobility is also better with TMGa. According to our in-house study, low-temperature mobility for epitaxial b-Ga2O3 grown with the TMGa precursor is around 18,000 cm2 V-1 s-1 at 46K, rising to 23,400 cm2 V-1 s-1 at 32 K, compared with 11,700 cm2 V-1 s-1 at 46K for an epitaxial film grown using TEGa. This has led us to conclude that compared with TEGa, TMGa produces a higher purity film.

There are concerns with TMGa, related to carbon incorporation. How carbon behaves in Ga2O3 is debatable, but it is predicted to act as a deep donor state, with some research showing that it takes the form of a positively charged shallow donor. Preventing carbon from incorporating into Ga2O3 is not easy, given its presence in precursors. However, for TMGa, carbon incorporation can be enormous, due to the formation of highly reactive methyl radicals during the pyrolysis process. In contrast, decomposition of TEGa produces a stable ethylene group, which exits the reactor, lowering carbon incorporation.

The extent of carbon incorporation into Ga2O3 films grown by TMGa depends on the growth conditions. While significant incorporation can occur in an oxygen-deficient environment, optimised conditions are able to mitigate carbon contamination and yield high purity films. And for unintentionally doped Ga2O3, silicon impurity concentrations are ten times lower with TMGa than TEGa, explaining why film purity is better with the former precursor.

Nitrous oxide or oxygen?
When growing Ga2O3 films, one option for the oxygen source is nitrous oxide (N2O). This gas can also provide a nitrogen dopant, with variations in substrate temperature enabling nitrogen concentrations ranging from around 2×1019 cm-3 to a level undetectable by secondary-ion mass spectrometry. When incorporated in Ga2O3, nitrogen acts as a deep acceptor, producing semi-insulating material. Compared with films grown with an oxygen source, the free carrier concentration is much lower, an asset for making high-voltage vertical power devices.

If film purity is paramount, it is better to use pure oxygen. Measurements at 100 K show that electron mobility is around six times higher for films grown with a pure oxygen source, rather than N2O.

Figure 1. (a) A comparison of the best low-temperature (LT) mobilities for films grown by MBE, HVPE and MOCVD. The MOCVD films are grown using Agnitron's system at the Ohio State University (MOCVD/OSU), and Agnitron Technology (MOCVD/Agni). MOCVD films were grown using either TEGa or TMGa sources. (b) LT mobilities for TEGa/TMGa grown β-Ga2O3 films compared with the state-of-art LT mobilities for 4H-SiC and GaN. It should be noted that the MBE high mobility result was demonstrated in a two-dimensional electron gas (2DEG) β-(AlxGa1-x)2O3/Ga2O3 heterostructure.