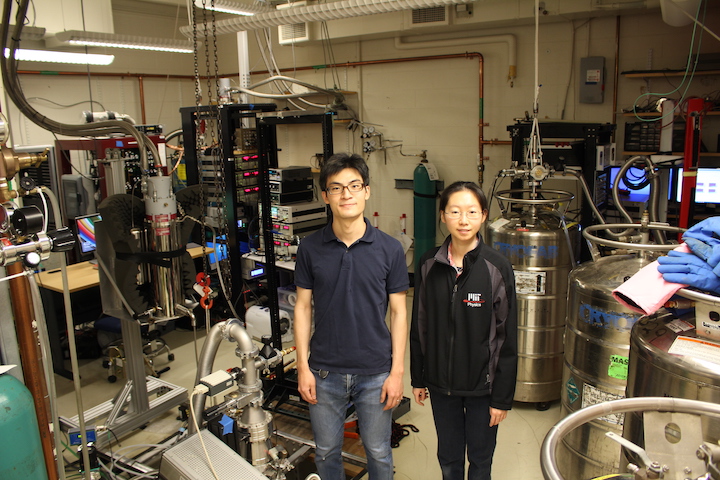 MIT team shows that when two single sheets of a TMD are stacked in parallel, the material becomes ferroelectric

MIT physicists and colleagues have engineered a new property into transition metal dichalcogenide semiconductors (TMDs) by manipulating ultrathin sheets of the materials.

The MIT team showed that when two single sheets of a TMD, each only a few atomic layers thick, are stacked parallel to each other, the material becomes ferroelectric. In a ferroelectric material, positive and negative charges spontaneously head to different sides, or poles. Upon the application of an external electric field, those charges switch sides, reversing the polarisation. In the new materials, all of this happens at room temperature.

TMDs are already well-known for their electrical and optical properties. The researchers believe that the interplay between those properties and the newly imparted ferroelectricity could lead to a variety of interesting applications.

“Within a short time, we have managed to vastly expand the small, but growing, family of two-dimensional ferroelectrics, a key type of material at the frontier in applications in nanoelectronics and artificial intelligence,” says Pablo Jarillo-Herrero, the Cecil and Ida Green Professor of Physics and leader of the work, which was reported in Nature Nanotechnology. Jarillo-Herrero is also affiliated with MIT's Materials Research Laboratory.

Last year Jarillo-Herrero and many of the same colleagues showed that when two atomically thin sheets of boron nitride (BN) are stacked parallel to each other, the boron nitride becomes ferroelectric. In the current work, the researchers applied the same technique to TMDs.

Ultra-thin ferroelectrics like those created out of BN and TMDs could have important applications including much denser computer memory storage. But they are rare. With the addition of the four new TMD ferroelectrics reported in Nature Nanotechnology, all part of the same semiconductor family, “we've nearly doubled the number of room-temperature ultrathin ferroelectrics,” says Xirui Wang. Further, she noted, most ferroelectric materials are insulators. “It's rare to have a ferroelectric that is a semiconductor.”

This work was funded by the US Department of Energy Office of Science, the Army Research Office, the Gordon and Betty Moore Foundation, the US National Science Foundation, the Ministry of Education, Culture, Sports, Science and Technology (MEXT) of Japan, and the Japan Society for the Promotion of Science.