Innoscience to present on GaN tech at ISPSD 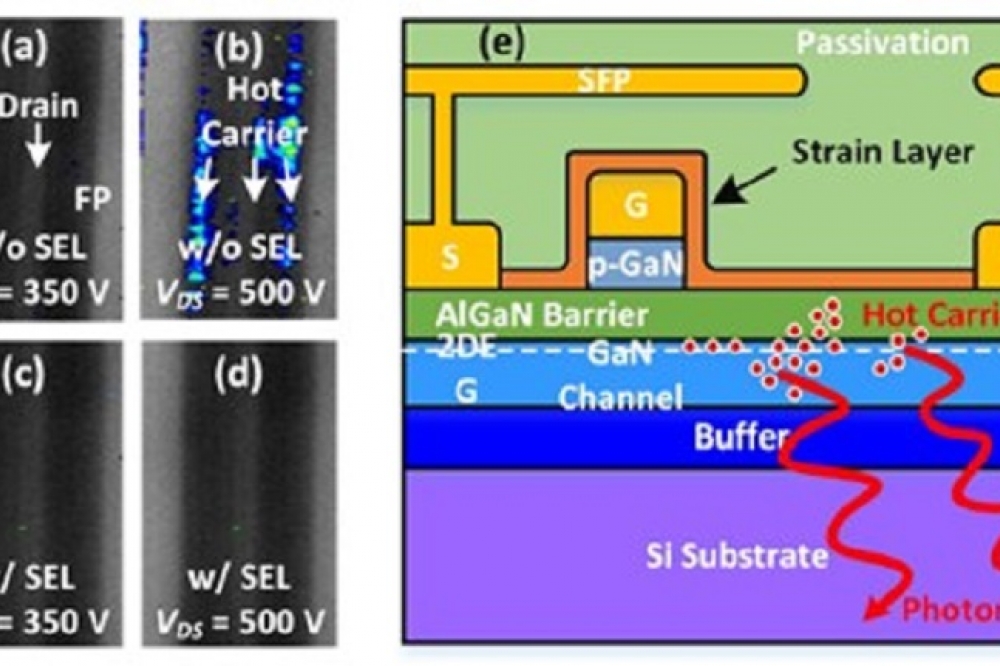 Innoscience’s engineers shows that by adopting Innoscience’s Strain Enhance Layer (SEL) technology, a stable Dynamic RDS(on) (< 1.2x) during the 1000-hrs switching stress test is achieved, which is further confirmed by the wafer-level stress system. Device without SEL layer, on the contrary, shows a quicker degradation of the Dynamic RDS(on) that increases 18 times during the first three hours of stress.

By performing Emission Microscope (EMMI) to detect the electroluminescence of device in situ during switching stress, scientists at Innoscience has highlighted that the SEL suppressed the hot carrier injection, which is believed to contribute to the increase of the Dynamic RDS(on) on samples without SEL technology.

Although tremendous efforts have been made in low voltage GaN HEMT for consumer electronics, where power switches are typically below 40 V, the wide adoption of low voltage GaN HEMT still faces huge challenge as compared with its silicon counterpart as the contact resistance or parasitic capacitance proportion rises up as dimensions shrink down, the threshold voltage Vth decreases and the risk of false turn-on increases, off-state leakage current increases and results in large quiescent loss and long-term static and dynamic instability.

(a) Optical microscopy of the 15 V GaN HEMT in wafer-level chip-scale package (WLCSP) with few pH parasitic inductance. (b) Cross-section of the fabricated GaN HEMT.

Denis Marcon, general manager, Innoscience Europe comments: "The two papers are highly detailed and include comprehensive test data as befits submissions to this industry-recognised, important IEEE conference. We hope that attendees will understand that Innoscience is clearly the leader in GaN devices produced on 8-inch silicon wafers, with fully-characterised performance and reliability data both for Low Voltage (LV) and High Voltage (HV) devices."