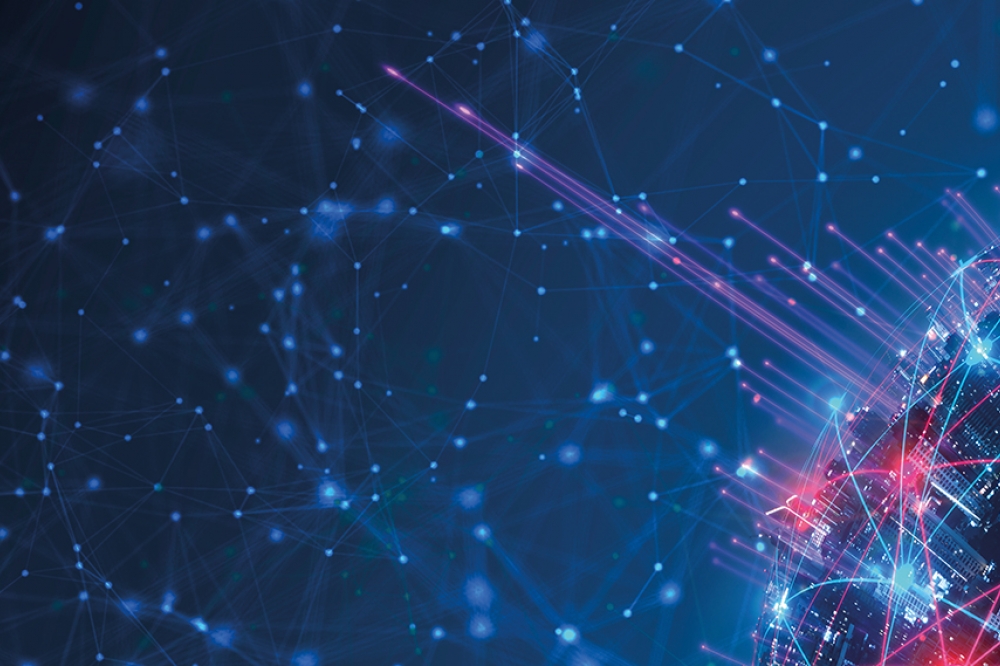 MANY OF US DREAM of a more powerful car, a bigger TV, a brand-new smartphone or a better pair of speakers. But it’s not failing to own any of them that ruins our day. What irks us is when an item of ours that we really depend upon stops working. When that happens, we are painfully reminded that reliability really matters.

Within the semiconductor industry, reliability is given the high priority that it warrants. Over many years, a great deal of effort has been devoted to analysing and improving the reliability of devices, with much progress reported at the International Reliability Physics Symposium (IRPS).

While presentations at this annual gathering are still dominated by discussions of devices formed from silicon, there is also significant coverage of those made from wider bandgap materials. Last year, we covered presentations at IRPS related to improving the robustness of the SiC MOSFET (see issue IV, pages 32 to 38), and here we report on studies related to the GaN RF HEMT that were presented at this year’s meeting, held in late March. While Covid thwarted an in-person gathering in 2021, this year attendees had the choice of either heading to Dallas, TX, or staying at home and taking part on-line.

The handful of presentations on GaN RF HEMTs highlighted its high power, high efficiency and its ability to operate at high frequencies. Thanks to these attributes, this device is already enjoying much success in mobile infrastructure, as well as defence applications. According to French market analyst Yole Développement, global revenue for the GaN HEMT is undergoing double-digit growth, with sales forecast to surpass $2 billion by 2025.

However, this rosy future should not imply that the GaN HEMT is close to perfection. The reality is that there is much room for improvement. One major issue is charge trapping – this may occur within the barrier, at the interface between this layer and the cap, or in either the channel or the buffer. There are also flaws associated with the use of non-native substrates that lead to dislocations, micro-cracks and warpage of the wafer.

At this year’s IRPS, engineers reported investigations related to a variety of weaknesses associated with the GaN HEMT, and how this could impact its reliability. Those efforts involved studies of devices that can target millimetre-wave 5G, and a discussion of how GaN HEMTs could play a role in 6G, which will require data transfer at far higher frequencies.

Figure 1. For high powers at a high-frequency, GaN-on-SiC is the outstanding candidate.

Targeting millimetre-wave 5G
One of the leading producers of GaN HEMTs for RF applications is the US-based chipmaker Wolfspeed. Speaking on behalf of the company at IRPS 2022, Satyaki Ganguly outlined the capability of Wolfspeed’s GaN HEMTs for sub-6 GHz 5G communications, as well as detailing very encouraging investigations of variants with a shorter gate length that are suitable for millimetre-wave 5G.

For frequencies of just a few gigahertz, several material technologies can be used to produce transistors with sufficient power, including those based on SiGe, silicon LDMOS, GaAs, and GaN built on both silicon and SiC. “But a higher output impedance and a higher power density definitely makes GaN devices more power efficient than others,” argued Ganguly, who claimed that GaN-on-SiC also allows DC power savings when employing massive MIMO and beam-forming technologies.

“Above 6 gigahertz, for millimetre-wave applications, the benefit of GaN is more obvious,” added Ganguly, who pointed out that GaN-on-SiC has a far higher output power at millimetre-wave frequencies (see Figure 1).

Ganguly went on to explain that Wolfspeed’s RF GaN HEMTs are grown on semi-insulating SiC, and feature an AlN barrier and a source-connected field plate. For frequencies below the millimetre-wave, the company offers devices with gate lengths of 0.4 µm and 0.25 µm, with both designs having variants for operation at 28 V, 40 V and 50 V.

Stretching to the millimetre-wave requires a reduction in gate length. This is accomplished with an i-line stepper, employed for producing HEMTs with a 0.15 μm gate length. These transistors, designed to operate at 28 V, have a very impressive set of attributes, including a breakdown voltage in excess of 84 V, a low leakage, a cut-off frequency (fT) of more than 30 GHz, high linearity, an output power of more than 3.5 W/mm, and a power-added efficiency at 30 GHz of more than 30 percent. A three-stage MMIC built with this technology can deliver an output power in excess of 5 W, and operate with a power-added efficiency of more than 30 percent.

The Wolfspeed engineers have also investigated long-term reliability, with RF and DC accelerated-life testing. Defining failure as a drop in output power by more than 1 dB or a catastrophic failure, they determined a mean-time-to-failure of more than a million hours – that’s greater than 100 years – at a junction temperature of 225 °C using RF accelerated life testing. According to Ganguly, a plot of the median-time-to-failure as a function of temperature is similar for devices produced with the G28V5 process and the established G50V3 process, suggesting both these technologies have similar failure modes.

For the DC accelerated lifetime testing, the team defined failure as a 15 percent reduction in the maximum drain current. This suggested a median-time-to-failure of more than 10 million hours at a junction temperature of 225 °C. However, this impressive result must be viewed with some caution, warned Ganguly: “Although the DC result might look attractive, it might not be the most important reliability aspect at normal operating conditions. It gives an overly optimistic prediction.”

Ganguly benchmarked performance against a range of devices provided in a survey by David Via from ARFL. This exercise suggests that Wolfspeed’s HEMTs have an impressive value for median-time-to-failure (see Figure 2). When presenting this data, Ganguly remarked that to the team’s knowledge, it is the first to report reliability RF accelerated life testing data for a gate length as short as 0.15 μm.

Figure 2. Benchmarking the reliability of Wolfspeed’s GaN HENT against data presented by David Via from AFRL shows that the former has an impressive level of reliability.

According to Ganguly, over time the specifications for 5G millimetre-wave HEMTs could shift from a junction temperature of 225 °C to 275 °C. Although this would shorten the median-time-to-failure, this might be addressed by introducing the company’s sunken source-connected-field plate design, used to target X-band applications. With that technology, Wolfspeed has demonstrated a saturated output power of more than 10 W/mm, a linear gain in excess of 18 dB, a power-added efficiency beyond 60 percent and a median-time-to-failure of more than 100 years at a junction temperature of 275 °C. These promising figures suggest that even better results are on the horizon for millimetre-wave HEMTs.

Perfecting processing
As one would expect, when different processes are used to produce GaN RF HEMTs, this impacts the carrier trapping within the device, as well as its reliability and performance. A partnership between the University of Padova and UMS has undertaken investigations of this nature, with findings presented at the IRPS by PhD candidate Francesca Chiocchetta.

The portfolio of HEMTs produced by Chiocchetta and colleagues include a control device, formed by using plasma-enhanced CVD to passivate the transistor and CF4 plasma etching to define the gate foot; and variants that employ either low-pressure CVD for passivation, or gate foot etching with a CHF3 plasma.

Investigations of these GaN-on-SiC HEMTs by the European team included high-temperature reverse-bias testing. This considered both gate leakage currents and what is referred to as a ‘belly shape effect’ – this phenomenon, offering an insight into the presence of donor traps between SiN and the GaN cap, is associated with the profile of the gate-source current for small positive gate voltages.

For the device produced with the different form of etching, the results of the high-temperature reverse-bias test included a significant increase in gate leakage, and a belly shape that is ascribed to emission from Coulombic-based traps. “So we can say that the etching variant made with trifluoromethane does not improve the reliability of the device,” reasoned Chiocchetta.

Introducing low-pressure CVD for passivation benefitted the HEMT. It reduced gate leakage and suppressed the belly shape effect. “We can say that we have a better stability of gate characteristics,” argued Chiocchetta. To investigate trapping behaviour in their HEMT portfolio, the team turned to drain-current transient measurements. Plotting drain current as a function of time uncovered two transients associated with the de-trapping process. The etching and passivation processes only influenced the slower transient, which is thought to be related to hopping and surface phenomena.

Chiocchetta revealed that the team is now starting to investigate gate stress prior to breakdown, using electroluminescence to identify defects along the gate finger. It is hoped that after identifying the exact location of the defects within each device, they could undergo a deeper analysis with the likes of transmission electron microscopy. This might expose differences between the reference device, and the passivation and etching variants.

Investigating traps
During the production of RF GaN HEMTs, process engineers introduce iron dopants to the buffer layer to ensure that it is semi-insulating. This step also increases the breakdown voltage, but traps are added that threaten to degrade reliability.

At the University of Modena, researchers have been investigating the influence of iron-traps on the time-dependent voltage of 0.1 µm GaN-on-SiC HEMTs. The team have uncovered a time-dependent occupancy of iron-traps in their devices that they claim can seriously affect the reliability of GaN HEMTs deployed in the upcoming 5G revolution.

The engineers have defined the breakdown voltage as that at which the drain current starts to increase vertically. “This is a signature of avalanche generation,” remarked Cioni, who said that for this to occur there needed to be a leakage path and a high electric field.

To identify the cause of the leakage path, Cioni and co-workers measured the drain, gate and source currents for a range of drain-source voltages. Plotting all three currents exposed source-injection as the cause of the device’s breakdown.