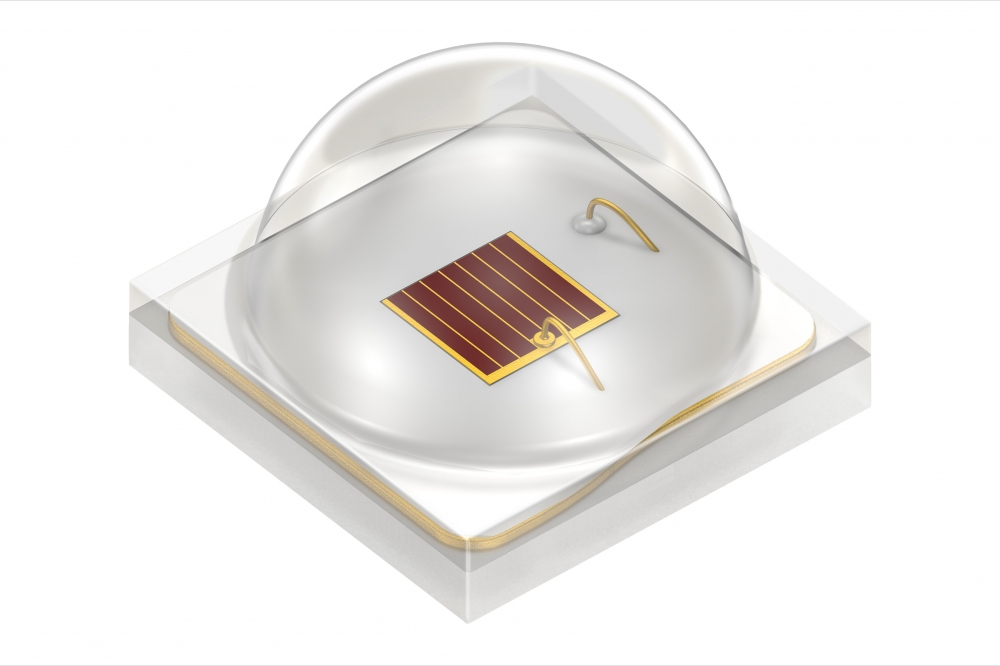 Ams Osram has launched the Oslon Optimal family of LEDs, based on the latest Ams Osram 1mm2 chip for horticulture lighting, which offer combination of high efficiency, reliable performance and value.

The new Oslon Optimal LEDs are available at launch in Hyper Red (660 nm) and Far Red (730 nm) colours. Deep Blue and Horti White versions are expected to be available in Q3 2022. The mix of colors and white provides fixture manufacturers with the flexibility to address the spectral requirements of any horticulture application.

The 3.0 mm x 3.0 mm footprint of the Oslon Optimal LEDs makes them particularly well suited to the horticulture lighting fixtures used in vertical farms and high-density greenhouses, where tight clustering of LEDs is often necessary. In these applications, the chief requirement is to balance efficiency (photosynthetic photon flux per Watt, or PPF/W) with low cost of light (PPF/$).

The Oslon Optimal LEDs are said to balance performance and cost with robustness, high reliability and excellent lifetime. The new products are based on the same advanced InGaAlP Thin film chip technology as is used in the Oslon Square family of 2mm2 die LEDs, which lead the market for high-performance horticulture LEDs. This technology enables the Oslon Optimal LEDs to handle high drive currents and high operating temperatures, while maintaining excellent operating lifetimes with minimal drop in photon flux over time.

The 3030 High Power ceramic package is said to be highly resistant to corrosion even when operating in harsh horticultural environments.

In addition, the Oslon Optimal LEDs feature a new, larger spherical lens which produces a wide 120° viewing angle, providing an even distribution of light over crops without ‘hot spots’ of concentrated light.

The Hyper Red, Deep Blue (450 nm) and Far Red LEDs have a tight tolerance of peak wavelength. The Horti White LED offers reduced output in the red spectrum when compared to standard white LEDs for illumination applications. This allows growers to use more direct red emitters such as the Hyper Red Oslon Optimal LEDs to provide the red wavelengths needed for biomass growth, and to reduce the reliance on less efficient phosphor-converted white emitters to cover the red part of the spectrum. This enables growers to achieve higher overall efficiency in PPF/W.