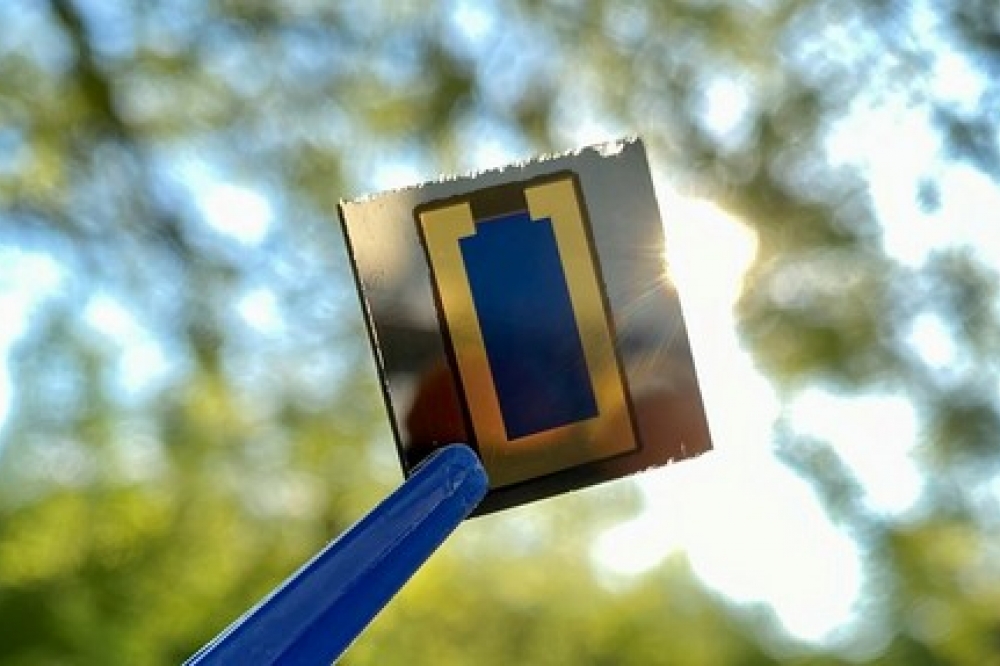 Working with partners in the EU-funded PERCISTAND project, researchers at the Karlsruhe Institute of Technology (KIT) have produced perovskite/CIS tandem solar cells with an efficiency of nearly 25percent- the highest value achieved thus far with this technology.

This combination of materials is light and versatile, making it possible to envision the use of these tandem solar cells in vehicles, portable equipment, and devices that can be folded or rolled up. The researchers presented their results in the journal ACS Energy Letters.

Perovskite solar cells have made astounding progress over the past decade. Their efficiency is now comparable to that of the long-established silicon solar cells. Tandem solar cells using perovskites and silicon have reached a record efficiency level of over 29percent, considerably higher than that of individual cells made of perovskite (25.7percent) or silicon (26.7percent).

Combining perovskites with other materials such as copper-indium-diselenide (CIS) or copper-indium-gallium-diselenide (CIGS) promises further benefits. Such combinations will make it possible to produce light and flexible tandem solar cells that can be installed not only on buildings but also on vehicles and portable equipment. Such solar cells could even be folded or rolled up for storage and extended when needed, for example on blinds or awnings to provide shade and generate electricity at the same time.

An international team of researchers headed by Marco A. Ruiz-Preciado and tenure-track professor Ulrich W. Paetzold from the Light Technology Institute (LTI) and the Institute of Microstructure Technology (IMT) at KIT has succeeded in producing perovskite/CIS tandem solar cells with a maximum efficiency of 24.9percent (23.5percent certified).

“This is the highest reported efficiency for this technology and the first high efficiency level reached at all with a nearly gallium-free CIS solar cell in a tandem,” says Ruiz-Preciado. Reducing the amount of gallium results in a narrow band gap of approximately one electron volt (eV), which is very close to the ideal value of 0.96eV for the lower solar cell in a tandem.

In a monolithic tandem solar cell, the band gaps must be such that the two cells can produce similar currents to achieve maximum efficiency. If the lower cell's band gap changes, the upper cell's band gap has to be adjusted to the change, and vice versa.

To adjust the band gap for efficient tandem integration, perovskites with high bromine content are usually used. However, this often leads to voltage drops and phase instability. Since the KIT researchers and their partners use CIS solar cells with a narrow band gap at the base of their tandems, they can produce their upper cells using perovskites with low bromine content, which results in cells that are more stable and efficient.

“Our study demonstrates the potential of perovskite/CIS tandem solar cells and establishes the foundation for future development to make further improvements in their efficiency,” says Paetzold. “We've reached this milestone thanks to the outstanding cooperation in the EU's PERCISTAND project and, in particular, thanks to our close cooperation with the Netherlands Organisation for Applied Scientific Research.” Important groundwork was done in the CAPITANO project funded by Germany's Federal Ministry for Economic Affairs and Climate Action (BMWK).