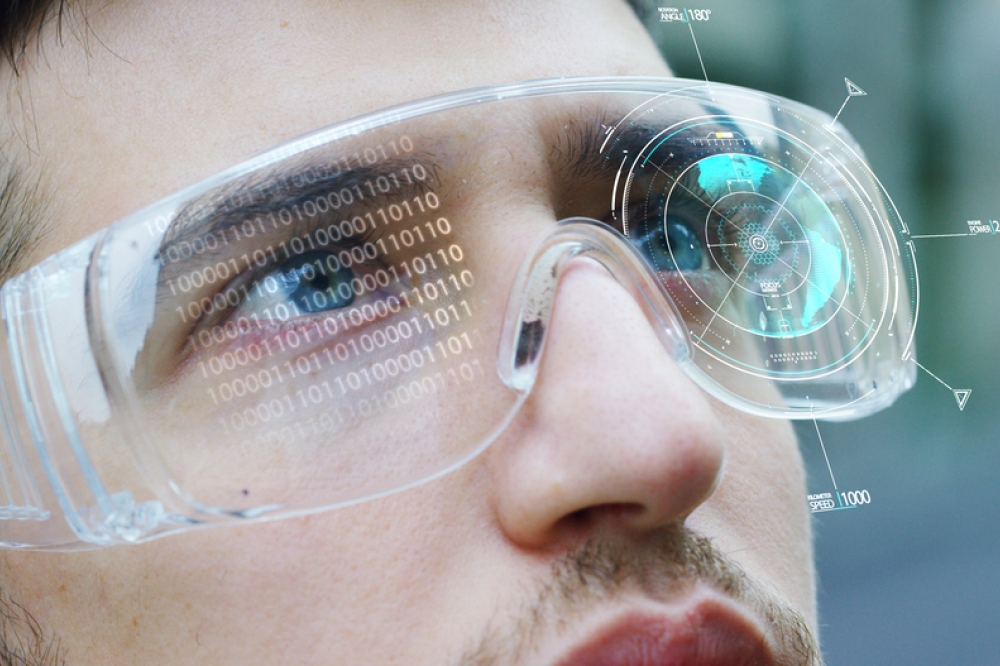 Market growth due to the maturity of technologies such as red chips, laser transfer, wafer bonding and full-colourisation, says TrendForce

According to TrendForce's latest Micro LED research report, Micro LED microdisplays will be the next new high-end product following on the heels of large-scale display development. The market value of Micro LED AR smart glasses display chips is forecast to reach $41 million by 2026.

The reason for such a significant growth in market value in just one year from 2025 to 2026 is primarily due to the gradual maturity of technologies such as red chips, laser transfer, wafer bonding and full-colourisation, which can improve yield and reduce production costs.

TrendForce indicates that the current status of Micro LED AR smart glasses is dominated by monochrome displays due to a full-colour technology bottleneck and can only display basic informational functions such as information prompts, navigation, translation, and teleprompter applications. In the future, after full-colour technology matures, it will first be applied in special fields such as medical surgery/testing instruments, factory environment monitoring/maintenance tools, and military applications. Only after the technology is sufficiently advanced and cost has been reduced for commercialisation, will Micro LEDs have the opportunity to be applied to full-colour consumer display products.

TrendForce indicates that the ideal display for transmissive smart glasses must meet the following three conditions. First, in terms of controlling weight and dimensions, in order to reduce the burden of wearing such glasses as much as possible, the size of the corresponding display light engine should be approximately 1 inch or smaller. Secondly, in terms of content recognition requirements, the brightness specification of the display must be at least 4,000 nits to ensure that it is not affected by external environment factors such as weather or venue. Finally, resolution must be at least greater than 3,000 PPI, so that projected images can be read clearly.

However, few technologies can simultaneously meet the stringent aforementioned requirements for microdisplays. The most popular technologies are Micro LED and Micro OLED, both of which are self-illuminating. However, Micro LED is currently at an early stage of AR application technology development and challenges remain to be overcome. Due to a significant increase in demand for resolution, increased pixels will inevitably lead to a simultaneous shrinking of chips. In a situation where the size of the Micro LED needs to be reduced to at least 5um or less, wavelength uniformity issues in the epitaxial process will affect yield.

Secondly, a smaller chip also raises a problem with the external quantum efficiency (EQE) of the red chip exterior, which in turn affects the luminous efficiency of full-colour and will face the challenge of only being able to display a single colour. Third, although the problem of full colour can be overcome by combining blue light chips with quantum dot technology, many technical bottlenecks still remain to be overcome in the application of quantum dot technology in the Micro LED process at the current stage.

Fourth, when the Micro LED chip and the CMOS backplane are connected by wafer, if the RGB chip is transferred to the backplane using laser transfer, Micro LED chip transfer yield will be impacted when the energy control of the laser transfer area is not uniform. Finally, quickly detecting the electrical and optical properties of the Micro LED microdisplay light engine on the backplane and repairing defective pixels after inspection are also key factors affecting process and cost.

TrendForce indicates, although there are still many obstacles to overcome in the application of Micro LED in AR smart glasses and development of full-colour technology and a mass production schedule lags relative to Micro OLED, Micro LED outclasses Micro OLED performance in specifications such as contrast, responsiveness, lifespan, power conservation, etc. Considering that it is difficult for the light efficiency of transmissive AR smart glasses to break through the 1 percent limit due to the limitations of optical waveguide element technology, Micro LED is still an excellent light engine technology option for microdisplays in the medium and long term.