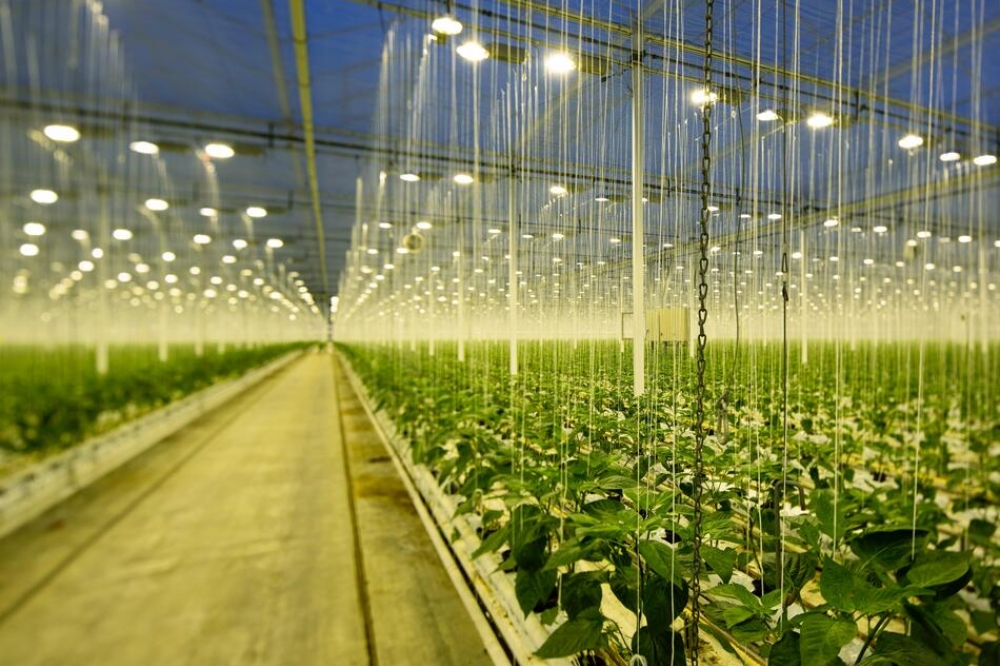 Ams Osram LED used for horticulture lighting recognised for performance, reliability, efficiency, ease of integration
Ams Osram has received two awards for its Oslon Square Batwing at this year's LightFair. The LED, which is used for horticulture lighting, received a LightFair Innovation Award in the LED / OLED, Chips and Modules category. It was recognised for its performance, reliability, efficiency, ease of integration / use and innovation with an LEDs Magazine BrightStar Award for Horticultural SSL & Controls Systems.
The optics of the Oslon Square Batwing emit a unique pattern of light that looks like wings, which allows horticulture lighting customers to simplify designs and increase efficiency. The 140° beam angle and rectangular shape of light distribution enables higher uniformity and optimum utilisation of space in greenhouses. The wider angle also allows for a larger distance between the luminaires, which can reduce the number of fixtures.
“The Oslon Square Batwing is the world's first batwing optic LED family for horticulture applications,” said Janick Ihringer, VP and general manager, Illumination at Ams Osram. “We are thrilled to receive two awards for this exceptional product and remain committed to leading the horticulture LED market with more innovations in the future.”