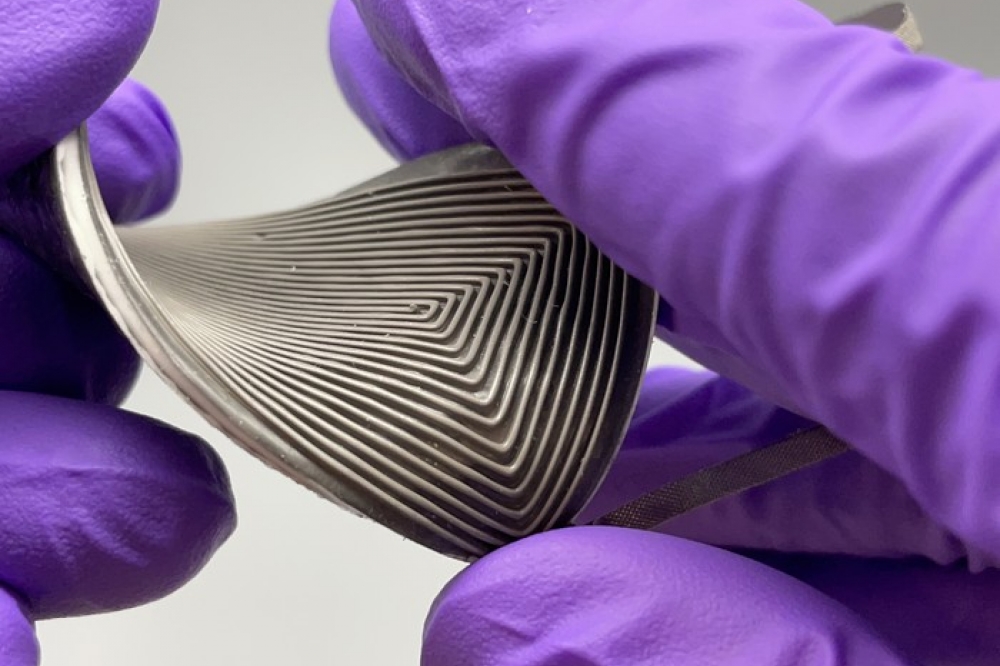 University of Washington researchers have developed what they say is a 'first-of-its-kind' flexible, wearable thermoelectric device. Based on the compound semiconductor bismuth telluride Bi2Te3, the soft and stretchable device converts body heat to electricity. The team published these findings July 24 in Advanced Energy Materials.

"It’s a 100 percent gain if we harvest thermal energy that would otherwise be wasted to the surroundings. Because we want to use that energy for self-powered electronics, a higher power density is needed," said Mohammad Malakooti, a UW assistant professor of mechanical engineering. "We leverage additive manufacturing to fabricate stretchable electronics, increase their efficiency and enable their seamless integration into wearables while answering fundamental research questions."

To create these flexible devices, the researchers 3D printed composites with engineered functional and structural properties at each layer. The filler material contained liquid metal alloys, which provide high electrical and thermal conductivity. These alloys address limitations in previous devices, including an inability to stretch, inefficient heat transfer and a complex fabrication process. The team also embedded hollow microspheres to direct the heat to the Bi2Te3 pellets at the core layer and reduce the weight of the device.

The researchers showed that they could print these devices on stretchable textile fabrics and curved surfaces, which suggests that future devices could be applied to clothing and other objects. The team is excited about the future possibilities and real-life applications of wearable electronics.

"One unique aspect of our research is that it covers the whole spectrum, all the way from material synthesis to device fabrication and characterisation," said Malakooti, who is also a researcher in the UW's Institute for Nano-Engineered Systems. "This gives us the freedom to design new materials, engineer every step in the process and be creative."

Youngshang Han, UW master's student in mechanical engineering, was lead author on the paper. Leif-Erik Simonsen is an additional co-author. This research was funded by the US National Science Foundation.