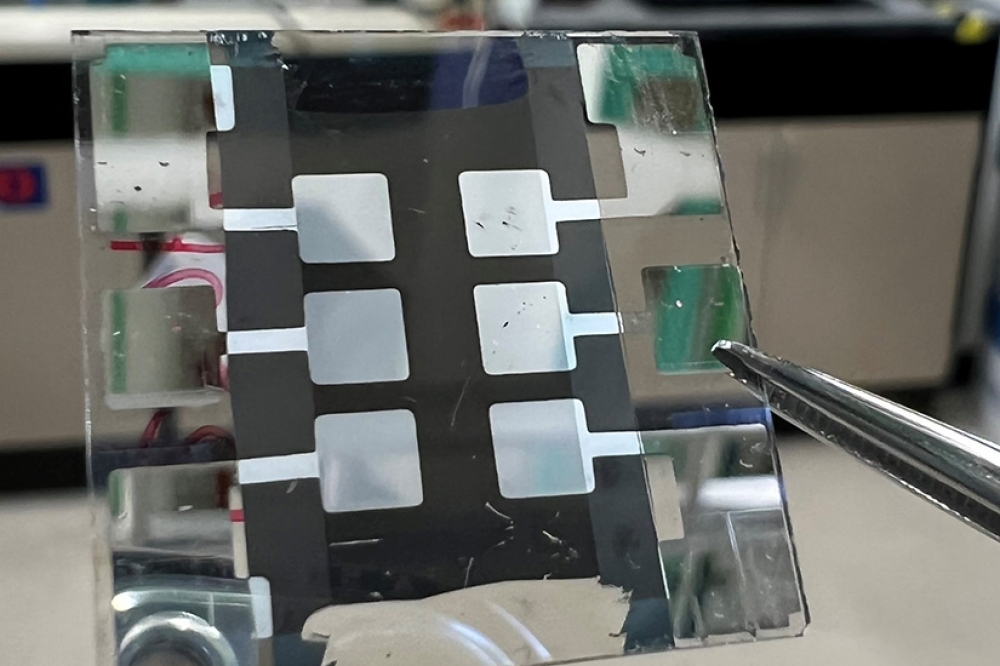 Researchers at the US Department of Energy's (DOE's) National Renewable Energy Laboratory (NREL) made a technological breakthrough and constructed a perovskite solar cell with the dual benefits of being both highly efficient and highly stable.

A unique architectural structure enabled the researchers to record a certified stabilized efficiency of 24 percent under 1-sun illumination, making it the highest reported of its kind. The highly efficient cell also retained 87 percent of its original efficiency after 2,400 hours of operation at 55 degrees Celsius.

Research into perovskite solar cells has been focused to a large degree on how to increase their stability.

“Some people can demonstrate perovskites with high stability, but efficiency is lower,” said Zhu, a senior scientist in the Chemistry and Nanoscience Center at NREL. “You ought to have high efficiency and high stability simultaneously. That's challenging.”

“That suddenly gave us a huge boost of not only efficiency but also stability,” Zhu said.

The scientists reported the 3-APy reactive surface engineering can improve the efficiency of an inverted cell from less than 23 percent to greater than 25 percent. They also noted the reactive surface engineering stands out as an effective approach to significantly enhance the performance of inverted cells “to new state-of-the-art levels of efficiency and operational reliability.”