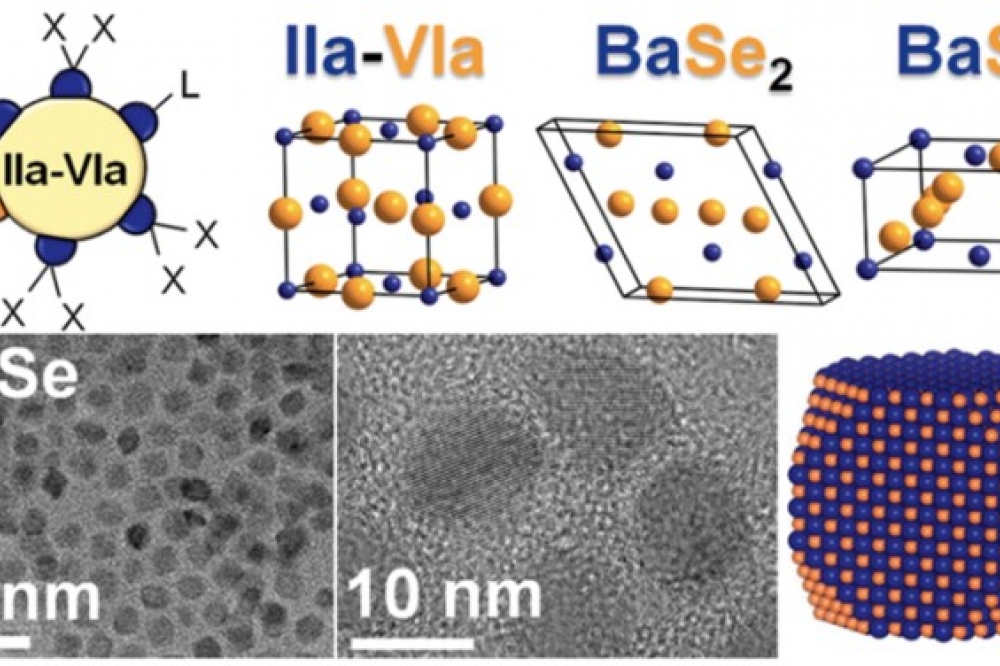 Scientists from Ames National Laboratory and Iowa State University have developed a colloidal synthesis method for alkaline earth chalcogenides. This method allows them to control the size of the nanocrystals in the material. They were also able to study the surface chemistry of the nanocrystals and assess the purity and optical properties of the materials involved.

Alkaline earth chalcogenide-based compound semiconductors have a variety of possible applications such as bioimaging, LEDs, and thermal sensors. These can also be used to make optical materials such as perovskites, which convert light into energy.

According to Javier Vela, Ames Lab scientist and the John D. Corbett Professor of Chemistry at Iowa State University, one reason these new materials are of interest is because, “they are comprised of earth-abundant and biocompatible elements, which make them favourable alternatives compared to the more widely used toxic or expensive semiconductors.”

Vela explained that the most popular technique scientists use to synthesise these materials involves solid-state reactions. “These reactions often occur at extremely high temperatures (above 900 degC) and require reaction times that can last anywhere from days to weeks,” he said.

On the other hand, Vela explained that “solution-phase (colloidal) chemistry can be performed using much lower (below 300 degC) temperatures and shorter reactions times.” So, the colloidal method Vela’s team used requires less energy and time to synthesise the materials.

Vela’s team found that the colloidal synthesis method allowed them to control the size of the nanocrystals. Nanocrystal size is important because it determines the optical properties of some materials. Vela explained that by changing the size of the particles, scientists can influence how well the materials absorb light. “This means we can potentially synthesise materials that are more suited for specific applications just by changing the nanocrystal size,” he said.

According to Vela, the team’s original goal was to synthesise semiconducting alkaline-earth chalcogenide perovskites, because of their potential use in solar devices. However, to accomplish this goal, they needed a deeper understanding of the fundamental chemistry of alkaline earth chalcogenides.

So, they chose to focus on these binary materials instead.

Vela said that their research fills a need to improve scientists’ understanding of photovoltaic, luminescent, and thermoelectric materials that are made of earth-abundant and non-toxic elements. He said, “We hope that our developments with this project ultimately aid in the synthesis of more complex nanomaterials, such as the alkaline-earth chalcogenide perovskites.”