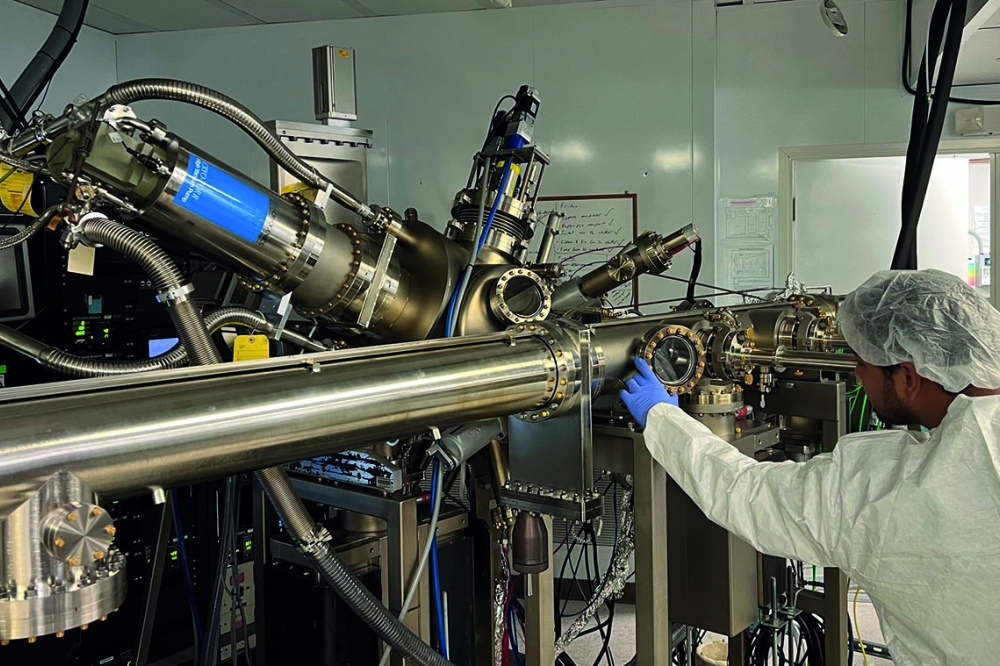 Switching to a p-down architecture produces a near-theoretical operating voltage for the green LED.

The GaN-based LED has come an awfully long way since its invention in 1989. Initially emitting blue light, then white once combined with a phosphor, this device enjoyed its first killer application from backlighting the keypads and screens of mobile phones. Further success followed with the backlighting of larger screens, found on TVs, laptops and tablets; and today sales are even more substantial, thanks to the deployment of this device in general illumination, transport and horticulture. And that may not be the end of the line, as this device is now showing promise in microLED displays.

Yet despite all this great and varied success, there are weaknesses that need to be addressed. While the efficiency of emitters in the violet and blue is now exceptional, the value for this key figure of merit plummets at longer wavelengths. The issue is that when engineers stretch the emission wavelength to 500 nm or more by increasing the indium mole-fraction of the InGaN quantum wells, they come up against several challenges, all contributing to degradation in device performance and a decline in wall-plug efficiency.