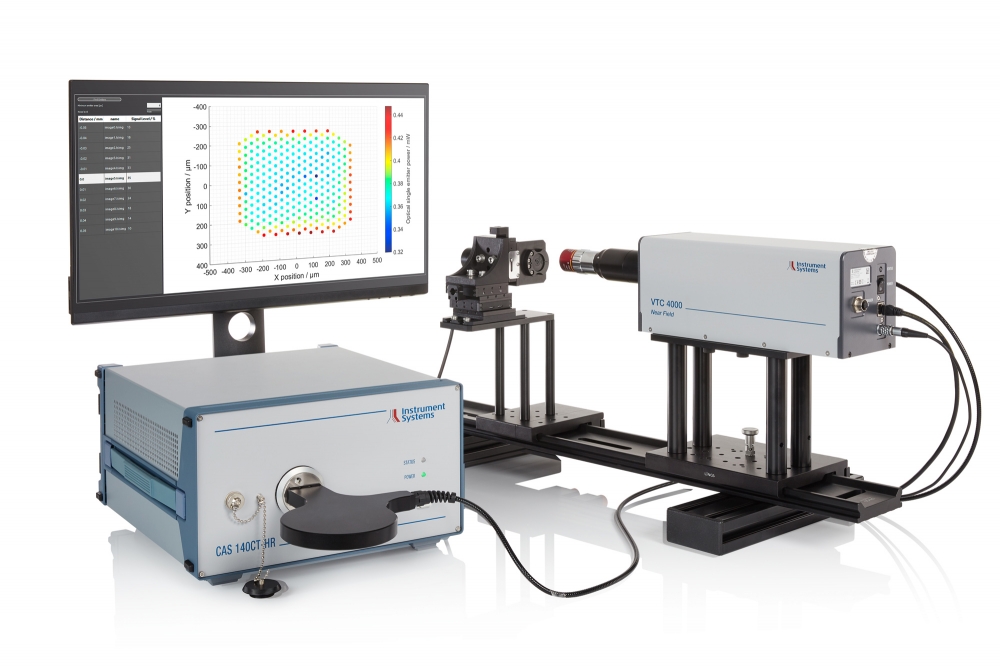 Instrument Systems presented its new VTC 4000 infrared camera at Photonics West at the beginning of 2022. This camera has now received the silver 'Laser Focus World Innovators Award 2022' from a jury of experts from the photonics industry. The VTC 4000 VCSEL analysis camera was specially developed for the ultrafast, precise 2D near-field analysis of narrowband emitters, e.g. VCSELs or lasers. It can be seen live at the Instrument Systems Booth at electronica 2022 in Munich in November.

“VCSELs are components with an intrinsic single longitudinal mode and normally exhibit complex polarisation properties,” says Stephanie Grabher,hHead of key accounting at Instrument Systems. “The light they emit is typically linearly polarised along one of two orthogonal directions. If there is a change in temperature or bias current, abrupt polarisation switching can be observed. VCSELs thus emit in more than one polarisation state, so that their polarisation angle cannot be controlled. In order to exploit the full performance potential of VCSELs while guaranteeing safe operation, this polarisation dependency should also be taken into account in the measurement of magnitudes and absolute power.”

Thanks to an innovative one-shot process, the VTC 4000 simultaneously measures the spatial polarisation of the single emitters of a VCSEL array in the near-field and supplies the information necessary to reduce the polarisation dependency of the measurement setup. This procedure minimises the error budget of the VCSEL test system and delivers highly accurate readings, e.g. for the eye safety of the laser source. In addition to defects, the infrared camera also characterises position, power and radiation information of single emitters. In combination with a CAS spectroradiometer, the single emitter wavelengths can also be determined. An extended system with transmission screen measures the radiation behavior of emitters in the far-field.

In its portfolio, Instrument Systems has tailor-made solutions suitable for the characterisation and quality control of the electrooptic properties of VCSELs in the lab and in production environments. The high-resolution array spectroradiometers of the CAS series are the central components of the VCSEL measuring systems. They offer a spectral solution up to 0.12 nm, and due to short integration times they are also suitable for high throughput rates in production. The PVT Pulsed VCSEL Tester is specially tailored to the time-resolved measurement of nanosecond pulses in the lab.