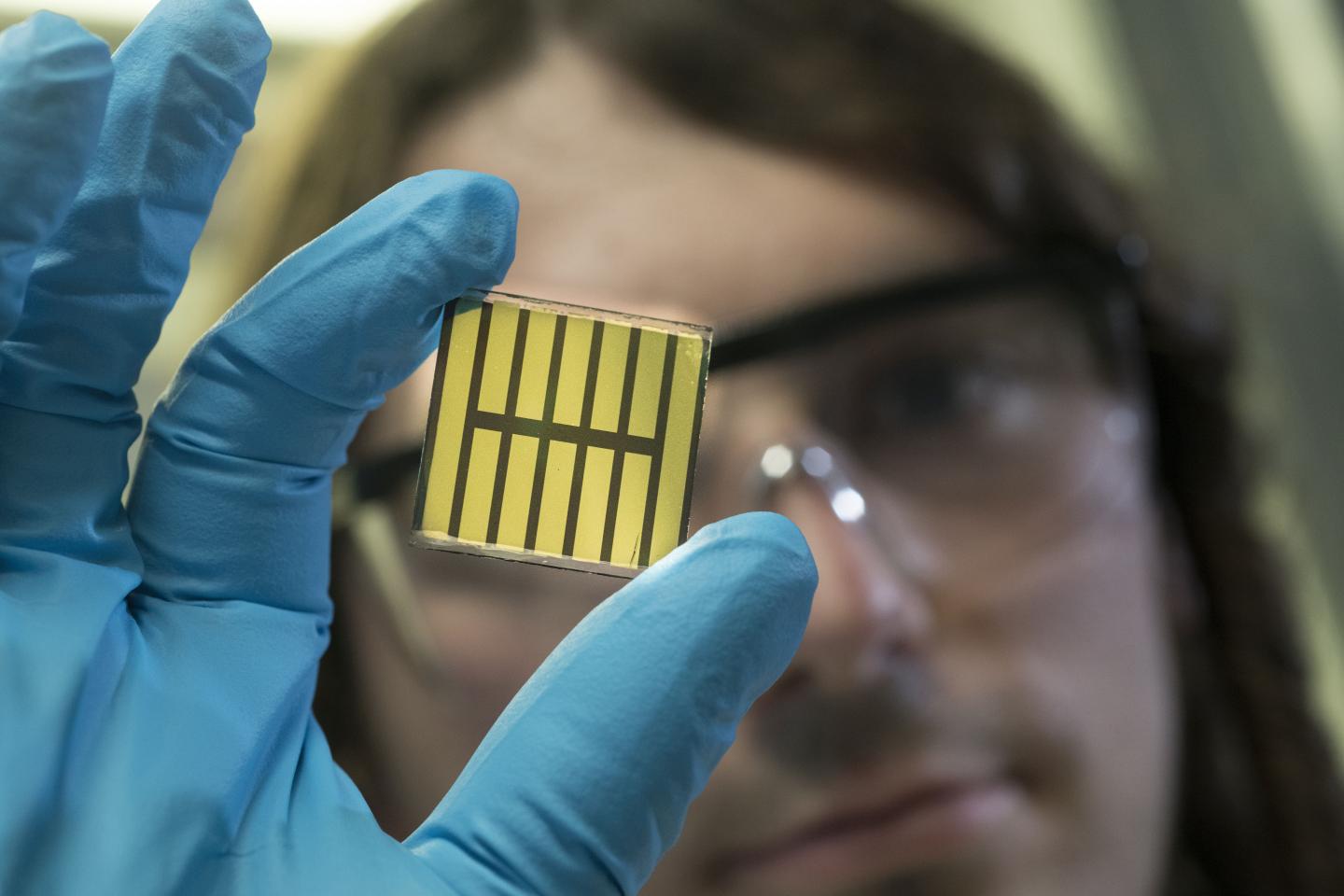 But to approach this value, optoelectronic quality of perovskite semiconductors must be further increased.

In principle, materials suited for photovoltaics are expected to not only absorb light, but to also emit it efficiently. The corresponding parameter, photoluminescence quantum efficiency, is perfectly suited to determine the quality of perovskite semiconductors.

Together with scientists from the Centre for Advanced Materials (CAM) of Heidelberg University and the Technical University of Dresden, researchers of KIT's Institute of Microstructure Technology (IMT) and Light Technology Institute (LTI) have now developed a model, by means of which photoluminescence quantum efficiency of perovskite films can be determined reliably and exactly for the first time. Their results are reported in Matter.

"With the help of our model, photoluminescence quantum efficiency under solar irradiation can be determined far more precisely," says Paul Fassl from IMT. "Photon recycling is of high importance. This is the share of photons emitted by the perovskite, which is re-absorbed and re-emitted in the thin films."

The researchers applied their model to CH3NH3PbI3, one of the perovskites of highest photoluminescence quantum efficiency.

So far, it has been estimated to amount to about 90 percent. Model calculations, however, revealed that it is about 78 percent. The scientists explain that previous estimations did not adequately consider the effect of light scattering and, hence, underestimated the probability of photons - the quantums of light energy - leaving the film before they are re-absorbed.

"Our results show that the potential for optimisation of these materials is far higher than assumed," says Ulrich W. Paetzold, head of the Advanced Optics and Materials for Next Generation Photovoltaics Group of IMT. The team offers an open-source application based on the model, by means of which photoluminescence quantum efficiencies of various perovskite materials can be calculated.