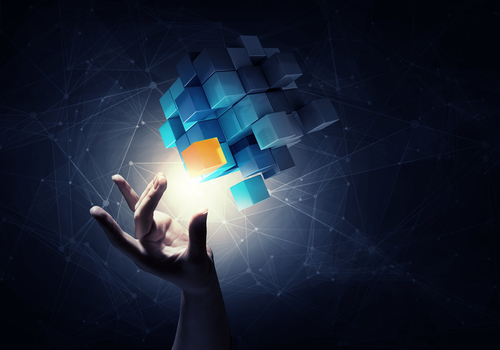 Yole Développement research indicates that nearly 9000 patents relating to micro-LEDs have been filed by some 480 organisations – where did this all start?

The concept of microLEDs was developed in the early 2000s, with a handful of companies and research organisations showing an interest. But it was LuxVue's acquisition by Apple in 2014 that really put the microLED on the map. From that moment, the technology started getting the attention of established display makers as well as other OEMs, with patents then starting to get filed. You typically have a six to 18 months delay between patent filing and publication, and so we have seen this huge acceleration in patent activity from around 2017.

Will we continue to see this acceleration in the number of microLED patent applications?

It remains to be seen if the Covid-19 pandemic has temporarily slowed applications but overall, I'm expecting the trend to continue. We'll have to wait and see if exponential growth continues, but it's definitely going to keep increasing as there is such strong momentum right now. This might be a little bit of a bubble or self-fulfilling prophecy as so many companies see competitors working on microLEDs, and think 'we need to invest in microLED as well'.

What's the situation in China on micro-LED patents?

Geographically, China's now the largest single driver of microLED intellectual property. Just last year 40, almost 45% of new patents originated from China-based companies – this mirrors the overall trend in intellectual property in China. The nation is transitioning from a manufacturing- to innovation-driven economy. And of course, patents are a key tool for that.

How has content of micro-LED patents changed over time?

Besides LuxVue, which had advanced patents very early on, many followers were filing very generic patents back in 2017. These basically said 'take your LED, make it very small and assemble it in a matrix' - you could tell these companies were just planting a seed in the ground and not really trying to solve actual challenges. But this has now changed dramatically and many companies, including big names such as Samsung and LG, are really working on making this happen. Patents are now going into great detail on design and manufacturing - and this is a trend we're seeing in China. We have seen many 'junk' patents from China but if I was a competitor, I wouldn't dismiss China, as we're seeing very strong patents coming from here.

What breakthroughs are being patented?

We are seeing disruptive changes in the die architecture. The fact that microLEDs are so small creates many challenges, especially in terms of efficiency. But we're starting to see unique die structures that are specific to microLEDs and very different from what has been used in traditional LEDs. These patents are coming from everywhere – from start-ups such as PlayNitride, Mikro Mesa, XDC, Aledia and others, but also the traditional LED makers that were latecomers here. I have been surprised that companies such as Samsung, LG, some of the Chinese display makers, and of course Apple whose core expertise hasn't been in LEDs, are developing very valid and credible microLED chip IP. They've really ventured out of their comfort zone to develop LED design expertise.

Facebook hasn't been an early starter in microLEDs, showing interest in augmented and virtual reality from 2014, when it acquired Oculus. However, Facebook's Oculus then acquired infiniLED and the IP of mLED. Last year, Facebook also did what I call a 'pseudo acquisition' of Plessey, buying exclusivity to the company's capacities, capabilities and technology for an estimated $150 million. While Facebook made this acquisition to supercharge and speed up its microLEDs efforts, it's difficult to quantify what's going on here as the company is very quiet. The social media giant has also set up two microLED labs and purchased equipment for full pilot lines from MOCVD to the finished microdisplays but I'm not expecting a commercial product from Facebook within the next couple of years.

As the technology approaches mass markets, what are the remaining challenges?

Mass transfer is really the elephant in the room. Imagine you want to make an 8K TV - this means you need to assemble a hundred millions of microLEDs around the size of a bacterium. And to be cost competitive, you will want to do that within 15 minutes, with a placement accuracy of ±1 micron. This seems impossible but fortunately there's a lot of smart people working on this and I'm continually amazed by the levels of creativity that developers reach. We have many potential transfer technologies and I can't yet see any convergency here, but it seems increasingly likely that many processes will use lasers.

Yes, besides mass transfer, this is probably the single largest challenge. Because of the massive numbers of microLEDs needed in a TV, even if you have a 99.99% yield - you still have about 10,000 defective pixels. Repairing these is more expensive than manufacturing the entire display, so any company needs a robust yield management and repair strategy to be a success. This is actually an area where I'm not seeing a lot of intellectual property right now, but the problem has to be tackled or micro-LEDs will not happen.

What about low microLED efficiencies?

We're definitely seeing progress here, but as efficiencies rise, companies seem less willing to share numbers. There's definitely been improvements in the microLED structure, which now has an intrinsically higher efficiency, and we've also seen progress in manufacturing technologies, including better passivation, for example with atomic layer deposition. And we're seeing disruptive technologies, such as nanowires, from companies such as Aledia, NS Nanotech, Glo and others.

Is there a particular technology you are watching?

For me, one of the most intriguing and potentially disruptive technologies is Samsung's 'QLED' or quantum nanorod LEDs. [During display manufacture], a self-assembly process is used and patent analysis shows that the technology is maturing. The technology promises to bring the best of OLEDs and microLEDs together and solve some of the most vexing issues for each, delivering rugged nanorod LEDs with a better lifetime and brightness than OLEDs while potentially solving microLED transfer and yield issues with a self-assembly process and built-in redundancy.

Looking forward – what companies do you think have the most potential?

Clearly, Apple is very well positioned as are the big names in displays, including Samsung, LG, BOE and CSOT, all of which have vast numbers of pending patent applications. But it's interesting to see that at least in terms of patent activities, some of the startups can play in the same court as these larger companies. For example, PlayNitride has been filing a lot of patents recently, Aledia is also accelerating its IP effort and XDC remains strong. Chinese company Konka has many patents pending and Visionox, also from China, looks equally ambitious – the company has announced plans to start mass production by 2023. We are also seeing many gaps in the supply chain getting filled, and while issues such as mass transfer still exist, I am more confident that challenges will be overcome and microLEDs are going to happen.