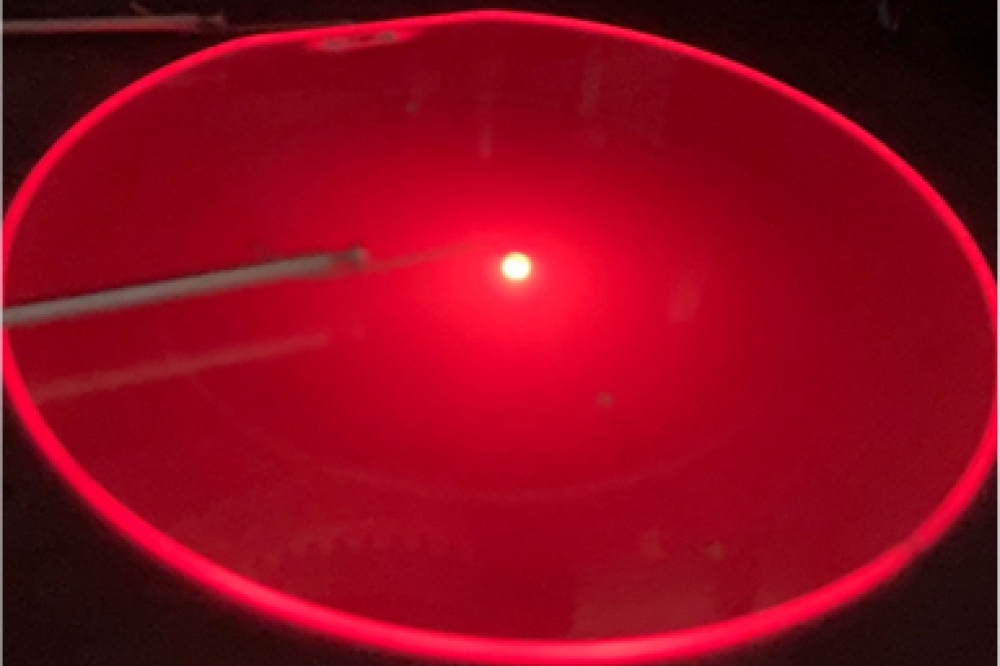 Soft-Epi, a South Korean company that specialises in GaN-based epitaxial growth using MOCVD, has announced that it is shipping GaN red epi wafers for micro LEDs.

To make these displays with micro LEDs, existing AlGaInP red LED technology has been used. However, AlGaInP has a problem in that its efficiency plummets as the chip size becomes smaller due to its high surface recombination rate. Also, because it is mechanically weak, the yield drops sharply when transferring, and the expensive wafer prices make the process cost high.

Because of these issues, red GaN epi has been receiving much attention from the display industry as an alternative solution, not least because it uses the same material as blue and green micro LEDs.

So far, due to the technical difficulties, only three or four companies worldwide are known succeeded in red colour with GaN. And these are known to have exclusive contracts with Meta and Google, says James Kimoon Lee, VP and sales and marketing at Soft-EPI Inc. “It means microLED developers are having difficulties in their R&D because they cannot get red GaN epi elsewhere,” he adds.

Inseong Cho, CTO of Soft-Epi, said: "Efficiency still needs to be improved, but it is now good enough compared to top tier developing companies, or we might be top. Anyone interested can visit our homepage where we open our achievement. And we will continue to improve performances along with customers."

The substrate is patterned sapphire, but the technique is applicable to all substrates (sapphire, Si, SiC and GaN), according to the company. Standard wafer sizes are 4 inch but 2inch and 6inch are available. Wavelength is 620 to 670 nm. Wall Plug Efficiency is said to be over 2 percent. (The picture at the top of the page shows red emission from GaN-based LED grown on double-side-polished sapphire.)

Ultimately, this technology also can make red, green, and blue on one wafer simultaneously, and it is expected to remove the transferring process, says Kimoon Lee. Soft-Epi has already succeeded in making red and green into one wafer, and has a plan to include even blue colour into one wafer together within this year.