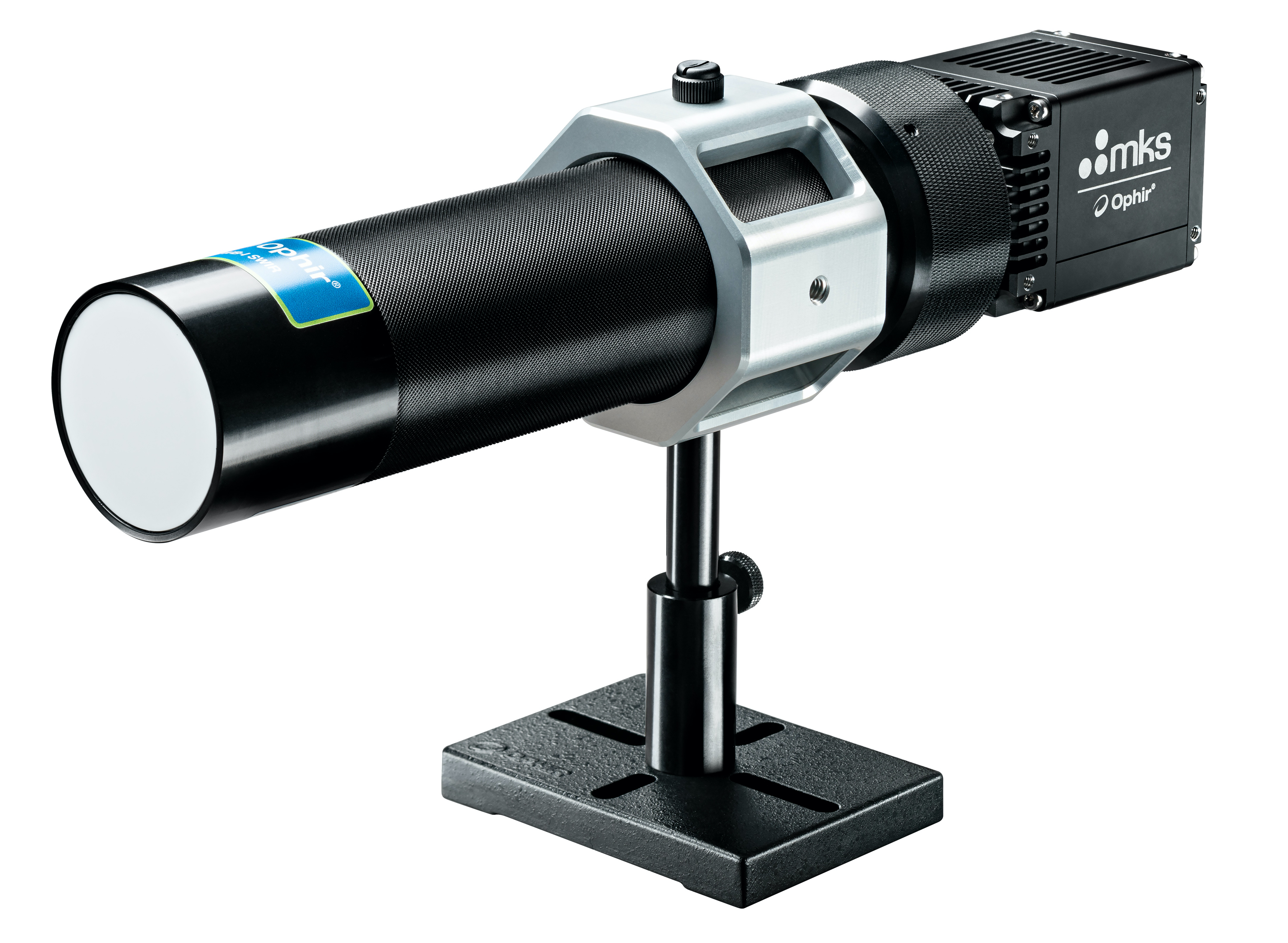 Measures the size and power distribution of large and divergent beams of VCSELs and LEDs in the SWIR range (900 - 1700nm).

MKS Instruments has announced the Ophir Wide Beam Imager SWIR (WB-I SWIR), a compact, calibrated optical system for measuring the size and power distribution of large and divergent beams of VCSELs and LEDs in the SWIR range (900 - 1700nm).

Current methods of profiling wide and divergent SWIR wavelength beams provide inaccurate results due to the high angle dependence of the sensor, or require bulky and expensive laboratory equipment that is not suitable for field operation or production environments.

The WB-I SWIR profiler, when combined with Ophir BeamGage software and an InGaAs camera, is capable of imaging any beam shape (round, line, square, or doughnut) that is too large for a camera sensor. It features a 45mm diameter aperture and can accurately measure beams with an angle of incidence up to 70 degrees (compare with 15 degrees for standard beam profilers).

Beams are captured on a translucent diffusive screen and then re-imaged to produce a complete and accurate mapping of the light's intensity distribution. The WB-I SWIR profiler is designed for use with camera-based beam profiling systems in such areas as eye-safe applications using IR VCSELs or diodes, automotive LIDAR, facial and gesture recognition, and remote sensing.

"In addition, the quantum efficiency of traditional beam detectors is highly affected by the angle of incidence. The quantum efficiency recedes dramatically with angles of incidence as high as 20 degrees, causing significant measurement errors. The WB-I SWIR is a calibrated device that can handle beam angles up to 70 degrees. It captures the beam and images its power distribution onto the camera with an accuracy of better than ±5%."

Similar to it's sister product, the WB-I device, which measures UV, VIS, and NIR beams in the 350 - 1100nm range, the WB-I SWIR profiler is a compact device that is quick to install, easy-to-use, and dust-proof. Unlike low accuracy, do-it-yourself devices or slow and expensive goniometers, the WB-I SWIR produces images with reduced speckle and high accuracy measurements of power distribution.

When used together, the WB-I SWIR profiler, BeamGage software, and the Ophir SP1203 InGaAs camera can provide real-time beam shape analysis and visualisation. That means changes of the beam shape due to different applied currents can easily be detected.