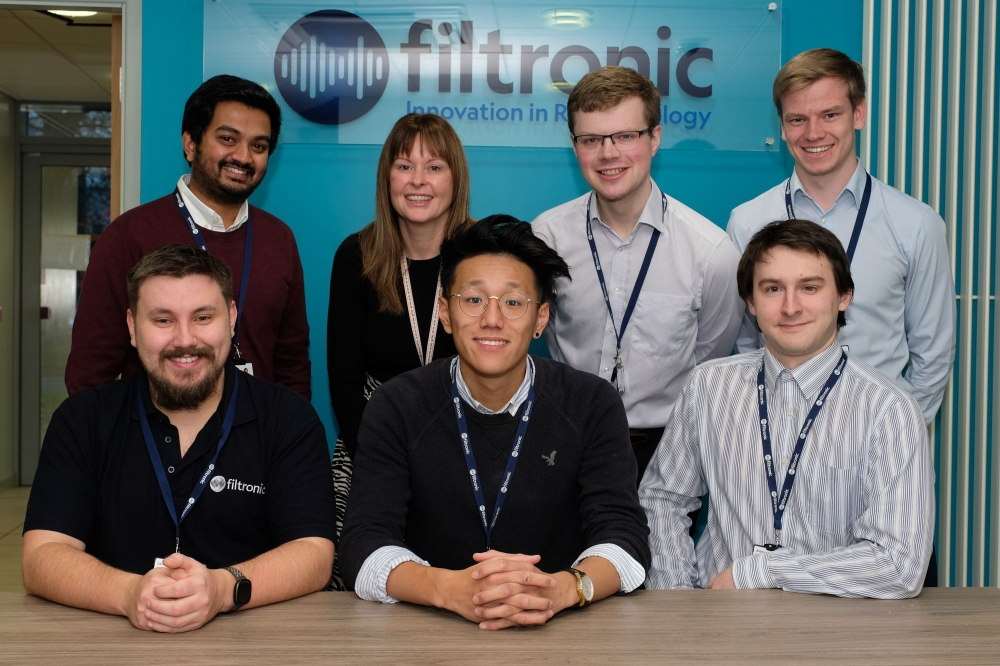 Filtronic,. a the designer and manufacturer of RF-to-mmWave components and subsystems, today announced that it has recently employed several additional engineers to extend the capabilities of both its design team and its process engineering team. At the same time Filtronic has announced the opening of a new design centre in Manchester, UK, focused on developing mmWave technology for satellite communications applications.

Following on from the appointment in October last year of Tudor Williams as director of technology, Filtronic has further strengthened its technical team with the addition of new principal RF and filter design engineers. The engineering team has been further expanded with the appointment of additional personnel, including MMIC and PCB engineers and two graduate engineers. Two process engineers have also been recruited, one of whom is a system-in-package (SiP) specialist.

“We are very pleased to welcome all these talented engineers to the Filtronic team,” said Richard Gibbs, CEO of Filtronic. “Over the past quarter Filtronic has received three significant new contracts, totalling over £1.2 million, and expanding our design engineering workforce will be key to maintaining and growing our leadership in RF and microwave technology.”

“Establishing the new centre for satellite communication design has enabled us to expand our physical footprint across three UK locations – Sedgefield, Leeds, and now Manchester – and has assisted us in being able to attract some of the best engineering talent in the industry,” said Tudor Williams, Director of Technology at Filtronic. “The Manchester design centre will further help us to pursue our strategy of targeting satellite communications as a key vertical market for Filtronic’s mmWave systems expertise.”