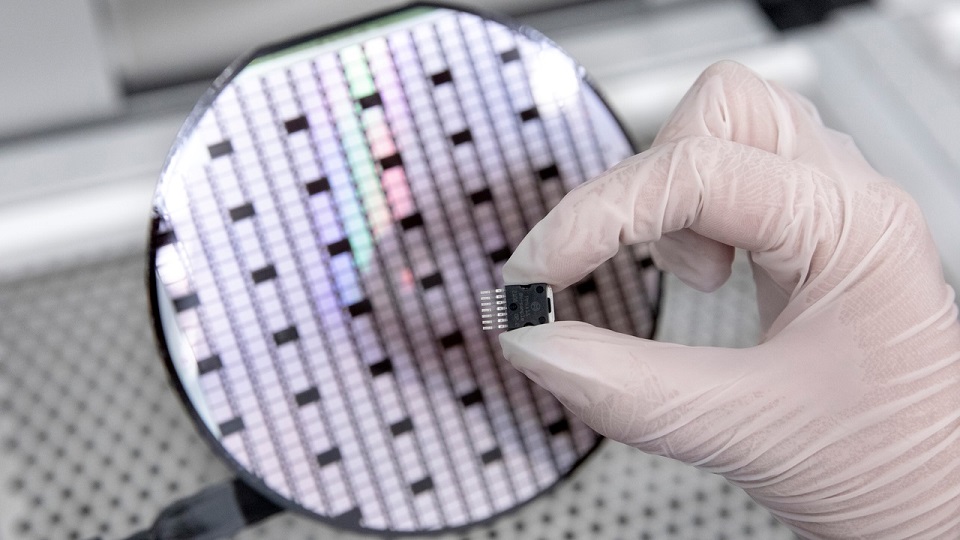 With SiC chips flowing from its Reutlingen fab in Germany, Bosch has its sights firmly set on leading the electromobility market, reports Rebecca Pool.

In response to the ever-buoyant SiC device market, Germany-based Bosch has laid out plans to start volume production of its SiC power semiconductors. As part of its December 2021 announcement, Bosch board member, Harald Kroger stated: “The future for silicon carbide semiconductors is bright. We want to become a global leader in the production of SiC chips for electromobility.”

And as Ralf Bornefeld, senior vice president of the engineering and technology heavyweight’s Automotive Electronics division tells Compound Semiconductor: “It's pretty simple. We've been developing this technology for a long time and are now market-ready - customers trust our automotive history and want to use our chips.”

More than a decade ago, Bosch started research on how to fabricate silicon carbide semiconductors, homing in on SiC trench MOSFETs with a vertical architecture following its successes with silicon-based MEMS sensors. Here, a high-aspect ratio plasma etching process, known as the Bosch Process, had been developed to create deep, steep-sided holes and trenches in wafers.

Fast forward to today, and Bosch has applied the technology to SiC, with Bornefeld firmly believing his company's vertical MOSFETs will have the edge on competitor's planar devices. “The trend is to shrink the cell design and save SiC area, and thus cost – so we have used this technology right from the beginning,” he says.

Bosch's target market is electric vehicles, with the company intending to fabricate devices for traction inverter, onboard charging and DC-DC conversion applications. According to Bornefeld, thanks to the high power and high voltage operation, and high semiconductor-count demanded by traction inversion, this application holds huge appeal for SiC semiconductors.

But the Bosch executive is equally confident that the technology will make strong in-roads into onboard charging and DC-DC conversion, despite competition from GaN-based devices. Pointing to onboard charging, he highlights how the market is veering towards fast charging, which could require high voltage battery packs – in the 800 V range – operating alongside 1200V SiC devices. “If this trend holds, I do not see gallium nitride being a competitive technology here in the foreseeable future,” he says.

Still, Bornefeld confirms Bosch is also active in GaN and has some ideas that are in their very early stages. In the meantime, all eyes are on the latest activities at the company's Reutlingen wafer fab, which has been producing SiC chips for customer validation since early 2021 and is now expanding clean room space at the facility.

Alongside expansion, silicon chip production is being shifted from Reutlingen to Bosch's recently opened 300 mm silicon wafer facility in Dresden, which as Bornefeld highlights, frees up space for SiC manufacture and a transition from 150 mm to 200 mm wafers. “We've already started running 200 mm silicon carbide wafers on our line,” he says. “I cannot say exactly when the wafer transition will happen but it could be somewhere between 2024 and 2026.”

So what now for Bosch? The company is currently heading up the €89 million European Union-funded Transform - “Trusted European SiC Value Chain for a greener Economy” - project. The 34 organisations aim to build a competitive European supply chain for SiC-based power electronics devices in myriad applications including industrial drives, power conversion, renewable energy and, of course, electric mobility.

“Silicon carbide is a core technology that will be seen as important by every region in the world,” says Bornefeld. “I am a friend of open markets in general... but given the geopolitical tensions we sometimes see, Europe could act as what I would call a 'neutral zone'.”

“Also, having a complete value chain should make Europe stronger,” he adds.

And of course, manufacture of 750 V and 1200 V SiC MOSFETs continues apace, with the company developing its next generations of SiC chips along the way. Bornefeld confirms future MOSFETs will be based on its tried-and-tested vertical chip architecture, the trench MOSFET, but these smaller devices will be 'constructed differently'.

“We're developing the technology for the next generation, and the generation after that,” he says. “We have a lot of ideas on how to make our silicon carbide technology last for a long, successful future.”