Unlocking The Potential Of SiC Power Modules With Graphite 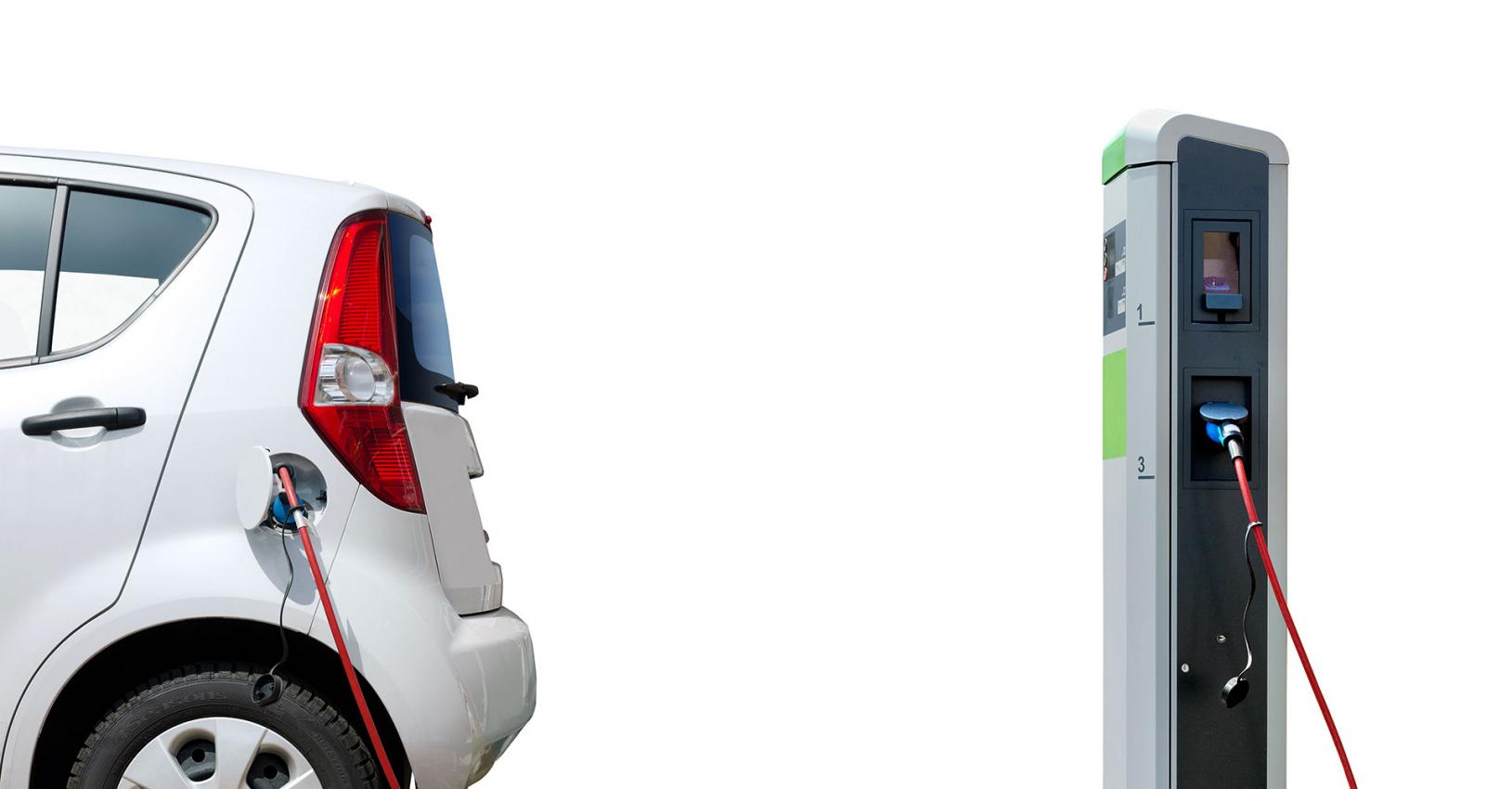 Choosing your next car is far from easy. As part of being environmentally responsible, you will certainly want to consider purchasing a vehicle that runs solely on battery power. While such a vehicle will undoubtedly help to curb your carbon footprint, will it have sufficient driving range? Or will your car run out of juice on one of your long trips?

To avoid agonising over this dilemma, what is needed is the development of vehicles with a longer range between recharges. Increasing energy storage in the battery will help, along with a hike in the performance of the power electronics.

Such efforts are already underway in the United States supported by a Department of Energy roadmap that details requirements for next-generation electric drive systems. Targets include: a doubling of power handling capability to allow the electric traction drive system to handle peak powers of up to 100 kW; and a hike in power density from 13.4 kW/litre in 2020 to 100 kW/litre in 2025. Research institutes and industrial partners have been pouring tremendous resources and efforts into the development of the next-generation power electronics for electrical vehicles (see Figure 1). Figure 1. An EV test platform at ORNL that was used to evaluate power modules for wireless chargingTackling this challenge of improving the thermal management of SiC power modules while trimming their weight is the objective of a collaborative partnership between Momentive Quartz Technologies, Henkel Corporation (Henkel) and Oak Ridge National Laboratory (ORNL). Working within the US Department of Energy Electric Drive Technologies Consortium, this partnership - from now on referred to collectively as the ‘Group' - is redesigning the insulated metal substrate. This technology is light weight, featuring a thermally conductive graphite core. Armed with this approach, engineers can cut substrate weight by 30 percent and increase the power loading for the SiC power module by 15 percent or more, thanks to a near doubling of thermal conductivity. Figure 2. Cross-sectional view, provided by a scanning electron microscope, of Momentive Quartz Technologies' thermal pyrolytic graphite cores (left). An illustration of this material, showing well-aligned graphene basal planes (right).This technology promises to revolutionise the standard isolated multi-chip SiC power module. Today, if you cut open one of these modules you are likely to find SiC dies, on either a direct bonded copper or insulated metal substrate, mounted to a thick copper base plate. These parts will be united by solder or epoxy bond layers.

When a direct-bonded copper substrate is used, it will typically provide good thermal conductivity and electrical isolation. Unfortunately, this usually comes at the expense of a thermal expansion mismatch, chemical instability, substrate rigidity, and a limit to layer thickness. These restrictions tend to hamper the performance of SiC power modules. Figure 3. A substrate panel containing 8 thermal pyrolytic graphite (TPG) inserts (a); scanning electron microscope cross-section view of the TPG-core substrate (b), revealing a well aligned graphene stack and hermetic bonding; top-view of a thermal pyrolytic graphite-core substrate using ultrasound c-scan (c), showing a good bonding interface with little voiding.The common alternative, the insulated metal substrate, is made by stacking metal layers - often copper or aluminium - to a thermally conductive, electrically isolating dielectric layer. The result is a low-cost, flexible circuit structure that can be tailored by varying the thickness of the metal and dielectric layers. Unfortunately, the thermal conductivity in the dielectric has shown to be inferior to that of the ceramics in a direct-bonded copper substrate. However, given the design flexibility and reliability of this technology, there is no doubt that insulated metal substrates could trump those based on direct-bonded copper, as long as there is an increase in the thermal conductivity of the metal layer in contact with the SiC dies.

The Group's collaboration is able to draw on the expertise of Momentive Quartz Technologies, which, along with its legacy, has been an industry leader in thermal management in the aerospace, telecommunications and defence sectors for more than half a century. Within its portfolio, there is the: TC1050 heat spreader, deployed since the 1990s for board-level thermal management; the TMP-EX heat sink, introduced in 2011, that matches the coefficient of thermal expansion of the chip; and the TMP-FX thermal straps, which provide flexible heat conduction in tight spaces. For all these products, the key ingredient is Momentive Quartz Technologies' thermal pyrolytic graphite, a material first produced in the 1960s when the current business was part of Union Carbide. This form of graphite, produced by CVD at over 2000 °C, is made up of millions of stacked layers that are highly oriented graphene planes. They equip the material with extremely high thermal conductivity (see Figure 2). Parallel to its basal plane, the thermal conductivity is 1650 W m-1 K-1 - four times the value of copper. Another merit of this material is that it is light weight. Its density is just 2.25 g/cm3 for thermal pyrolytic graphite, which is one-fourth the density of copper.

Encapsulating a core of this form of graphite into a copper substrate enables a high thermal conductivity to be combined with a low mass. The Group was able to accomplish this by drawing on Momentive Quartz Technologies' proprietary bonding technology to ensure excellent thermal and mechanical joints between the graphite insert and the copper enclosure. The high quality of this bond is evident in the scanning electron microscopy and ultrasound c-scan images (see Figures 3 (b) and (c)). They reveal a hermetic, nearly void-free encapsulation.

One of the characteristics of the thermal pyrolytic graphite inserts is their anisotropic thermal conductivity. This allows the orientation and layout of the graphite within the copper enclosure to be tailored to the application. Measurements with a Netzsch Nanoflash 476 reveal a thermal conductivity of 760 W m-1 K-1 in a structure of thermal pyrolytic graphite sandwiched between copper. This conductivity is nearly double that of copper. At Momentive Quartz Technologies, researchers have subjected the metal-encapsulated graphite to a range of other tests, including thermal cycling and mechanical shock and vibration. This examination demonstrates the outstanding thermal performance and reliability of this hybrid structure. Figure 5. Finished thermal pyrolytic graphite-core insulated metal substrate with patterned copper circuit layers and dielectrics on both sides.To ensure that this material technology can be used as a functional circuit for a SiC power module, collaborator Henkel Corporation deployed Momentive Quartz Technologies' graphite-core heat spreader in its insulated metal substrates. For more than two decades, Henkel has provided thermal-cladded insulated metal substrates to the power electronics and LED lighting industries. These substrates have proven to be particularly well suited to today's higher-watt-density and surface-mount applications, such as SiC power modules. Once the graphite is encapsulated inside the copper, it can be used directly in place of monolithic metal in Henkel's lamination process (see Figure 4). Note that the benefits of switching from a solid copper core to one that contains graphite are not limited to an increase in thermal conductivity, as they also extend to a 30 percent weight reduction.

During the fabrication of the insulated metal substrates, technologists at Henkel uses a proprietary coating technology to apply dielectric layers to the graphite-core substrate plane and the copper foil layers (see Figure 5). Adding these dielectric layers is critical to meeting the breakdown voltage requirements. Engineers at Henkel can also include features such as non-conductive, epoxy-filled grooves that provide electrical isolation between poles. To demonstrate the power of this approach, the Group constructed a testing platform, a common half-bridge SiC MOSFET inverter module (see Figure 6). In this design, Momentive Quartz Technologies' graphite inserts were positioned directly under the SiC dies. With this arrangement, waste heat was extracted through the thickness, towards the terminals, where it could transfer to Henkel's thermally conductive dielectric layers (see Figure 7). In addition to reducing the thermal resistance of the copper substrate, the heat spreading provided by the thermal pyrolytic graphite increased the effective contact area of the dielectric layer, and thus its heat conductance. According to modelling by those on our team at ORNL, there was an immediate improvement in temperature uniformity for the insulated metal substrate with the thermal pyrolytic graphite core, associated with the higher in-plane heat conduction of this form of graphite (see Figure 8).

Figure 7. Conceptual module design using thermal pyrolytic graphite core to channel the waste heat away from the dies. More details are given in https://www.energy.gov/sites/prod/files/2019/06/f63/elt208_gurpinar_2019_o_4.9_3-41t.pdfAn additional insight provided by the thermal analysis was a significant reduction in junction temperature - it is 11 °C cooler in both steady and cycling states. As a result of this, 15 percent more power can be generated by the SiC power module for the same temperature as a standard insulated metal substrate. Yet another demonstrated advantage of using graphite is the reduction in the difference in the junction temperature when the power is on versus when it is off (see Figure 9).

To validate their modelling, the scientists at ORNL conducted bench-top measurements to compare the performance of SiC power modules of insulated metal substrates with copper cores and thermal pyrolytic graphite cores (see table 1). Preliminary measurement of the assembled power modules confirmed the earlier modelling results. The testing is on-going, with those at ORNL assessing the final package performance, durability and reliability of insulated metal substrates with thermal pyrolytic graphite cores (see Figure 10). Figure 8. Thermal analysis of a SiC module using insulated metal substrates with a copper-core (left) and thermal pyrolytic graphite core (right). The results demonstrate the improvement in heat spreading by the two thermal pyrolytic graphite cores. More details are given in https://www.energy.gov/sites/prod/files/2019/06/f63/elt208_gurpinar_2019_o_4.9_3-41t.pdfThe efforts of this collaboration showcased the merits of using thermal pyrolytic graphite cores in insulated metal substrates. Compared to conventional copper cores, the switch to this form of graphite effectively doubled thermal conductivity, while trimming weight by almost one third. This solution, with demonstrated manufacturability, can also enable an increase in heat load, improved reliability, simplified module design and a reduction in both assembly costs and the number of steps. By orienting the graphite within the copper core, heat conduction can be optimised for die size, location, circuit pattern and power loading. Figure 9. Plotting the SiC MOSFET junction temperature during power cycling revealed a 1.8 °C reduction in temperature range using the thermal pyrolytic graphite-core insulated metal substrate.The technology could also enable more sophisticated multi-layer power board designs that address thermal, electrical and weight issues simultaneously. Working under the support of the Department of Energy, the Group is playing its part in working toward this goal as a continued effort to refine its technology, so that it can unleash the potential of SiC devices and push their implementation in electric drive systems.