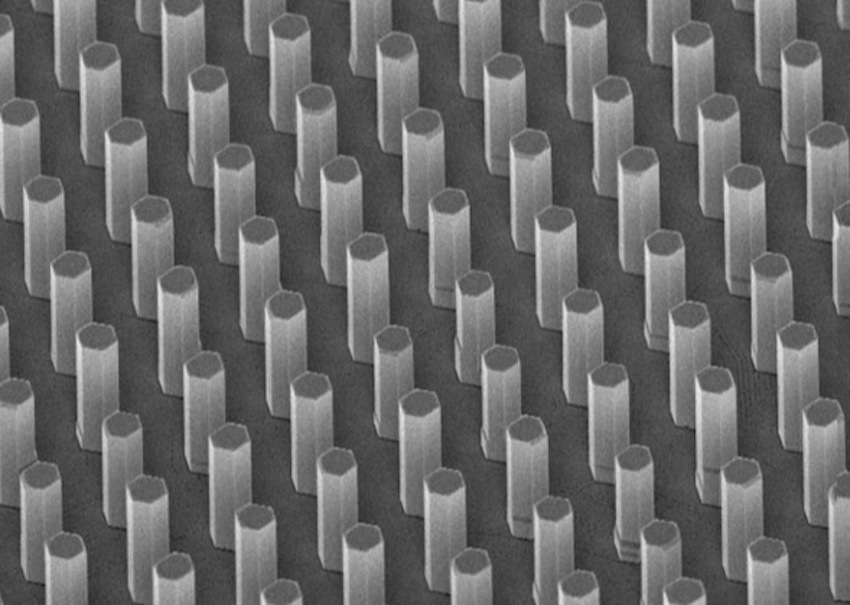 Veeco Instruments has announced that Aledia, a Grenoble-based developer of next-generation 3D LEDs for displays based on its GaN-nanowires-on-silicon platform, has selected Veeco's Propel GaN MOCVD system to support R&D. Aledia noted the tool's large process window, single-wafer reactor technology and defect stability as key factors in its decision to adopt the Propel system.

"We believe that the opportunity for our breakthrough nanowire-LED display technology on large-area silicon is very large, and we need the best and most scalable technology available to support our continued R&D around 3D display applications - we believe Veeco is best positioned," stated Giorgio Anania, CEO, chairman and co-founder of Aledia. "Veeco's cutting-edge Propel system delivers unsurpassed results, and very good homogeneity throughout the entire wafer, making it the best choice and one we know will help us continue to push the limits of innovation."

"On the heels of the company's previous adoption of Veeco's K465i MOCVD system, Aledia's decision to turn to Veeco once again to support future generations of nanowire-LED technologies for mobile displays is a testament to our shared commitment to excellence," noted Peo Hansson, senior vice president and general manager of MOCVD at Veeco. "We look forward to our continued partnership and to support Aledia as it continues to innovate new discoveries in the LED space."

Innovators in display technology are focusing on the next big technological shifts such as micro-LED and 3D LED. Industry analysts predict a scenario where the market for advanced LED displays could potentially reach 330 million units by 2025. This optimism is fuelled by the promise of sub-100 micrometer LEDs, which is considered the critical enabler to achieving the ultimate display.