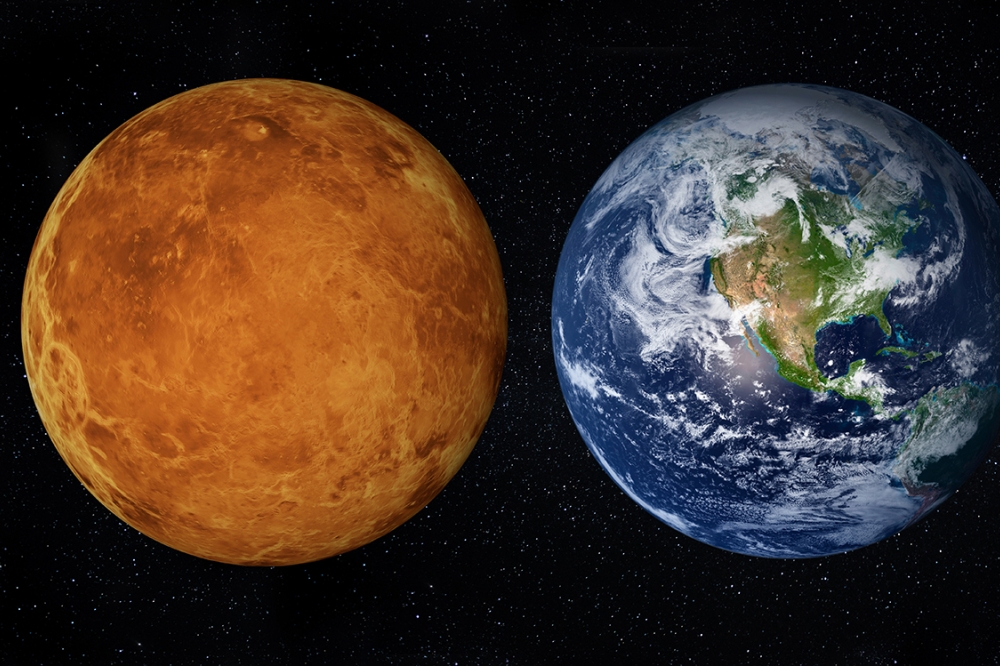 Is there life beyond Earth? And if so, how intelligent is its form? These are two intriguing questions, piquing the interest of much of humanity. In a search for answers, we have built ever more powerful telescopes that probe into the deeper reaches of the universe, and embarked on missions to nearby planets, to examine what they are made of.

Why Venus?
In the last few years there has been much interest in Venus. Back in 2020, scientists uncovered possible signs of life in its cloud layers, evidenced by traces of phosphine that could not be explained in other ways. This has spurred the planning of a number of missions to this second planet from the Sun. NASA has two tentative trips scheduled for 2028-2030: one is entitled DAVINCI+, short for Deep Atmosphere Venus Investigation of Noble gases, Chemistry, and Imaging; and the other is VERITAS, and acronym for Venus Emissivity, Radio Science, InSAR, Topography, and Spectroscopy. The European Space Agency also has Venus on its agenda, through a project called EnVision, which will investigate the atmosphere, surface and sub-surface of this planet; and there is a private mission planned by Rocket Lab, slated for 2023 – a probe will analyse Venus from an altitude of 30 miles, scrutinising atmospheric layers for phosphine and hunting for proof of previous life.

Missions to Venus are certainly not new. There were many between 1960 and 1981, involving fly-by, orbiters, probes and landers. These efforts established that the surface temperature of this planet is as high as 460 °C, which makes exploration extremely challenging. Between 1976 and 1981 the Soviet Union put a number of Venera landers on the surface, equipped with heat shielding for the silicon electronics. But even with this assistance, the electronics only survived for up to two hours (although that mission still provided colour images of the surface).

The benefits of developing electronics that is capable of handling the extreme temperatures found on Venus would actually accomplish far more than simply determining whether Venus ever supported life. Success on this front would also help us to understand far more about the nature of our own planet. Why? Well, Venus is similar in size to Earth, and it has an atmosphere containing 96 percent CO2. Consequently, understanding the climate of Venus could help us to understand what is happening at home, by providing a second reference point that would improve our computer models. Armed with more rigorous, reliable models, we would be in a better position to understand our atmosphere’s composition and temperature variations.

Efforts at gaining a better insight into Venus’ climate must consider whether this planet still has active volcanoes. This is an outstanding question with important implications, as active volcanoes offer one explanation for the planet’s sulphuric acid content. One way to detect volcanic activity is to use seismometers, which would require another lander mission to Venus. However, if this is to be of value, the electronics in the seismometer would need to survive 2 months or 2 years, rather than just a couple of hours.

A block diagram of the proposed Venus Lander. This should be seen as an example of the electronic building blocks needed for a typical system. Different sensors are used, and amplifiers are needed in many cases to increase the signal level, prior to conversion to a digital signal in an Analogue-to-Digital Converter (ADC). The microcontroller (MCU) with memory stores the data until it can be sent to a satellite for relaying to Earth. The radio transceiver activates when the satellite is in range, with the microcontroller sending stored data. The power supply unit (PSU) converts energy for different parts, and turns off units when not used. One possible high-temperature power supply would be a Radioisotope Thermal Generator (RTG).

Why is there a temperature limit?
All classes of semiconductor have an intrinsic temperature limit. Heating this material generates carriers, in the form of electron-hole pairs. For devices at room temperature, these carriers are hardly noticeable, except in sensitive systems where there is added noise – it is for this reason that radio telescope receivers are cooled. At elevated temperatures leakage currents escalate, causing some sensors to lose their sensitivity, power consumption to increase, and most transistors to operate less optimally. At even higher temperatures far greater issues arise, with semiconductor devices no longer able to block the applied voltage and catastrophic failure occurring. To try and prevent this from happening, in many high-power electric circuits heat sinks and fans extract the heat from the devices.

Why SiC?
Governing the operating temperature of every semiconductor device is its bandgap. The thermally generated carriers – referred to as the intrinsic concentration in physics text books – depend on the energy bandgap in an exponential relation, causing the increase of conductivity to rise exponentially with temperature.

Due to this relationship between the bandgap, the temperature and the conductivity, SiC is far better than silicon at handling the heat. SiC is blessed with a bandgap of 3.2 eV, compared with just 1.12 eV for silicon. Thanks to a tripling of the bandgap, devices made from SiC can operate at up to at least 800 °C, compared with around just 200 °C for silicon. What’s more, the wider bandgap reduces sensitivity to radiation damage.

Right now, sales of SiC devices are ramping fast, with SiC MOSFET switches and power Schottky diodes winning substantial sales, thanks to their capability to operate at high voltages with low on-state and switching losses. Compared with incumbent silicon devices, those made from SiC benefit from a critical field for breakdown that is almost ten times higher, allowing the device’s blocking region to be ten times thinner and have almost a hundred times higher doping. The upshot of these attributes is that, for the same blocking voltage, SiC devices have an on-resistance that is 200 to 400 times lower than their silicon siblings. Many manufacturers are offering SiC diodes and transistors rated between 600 V and 3300 V, which are being deployed in power supplies and electric vehicles.