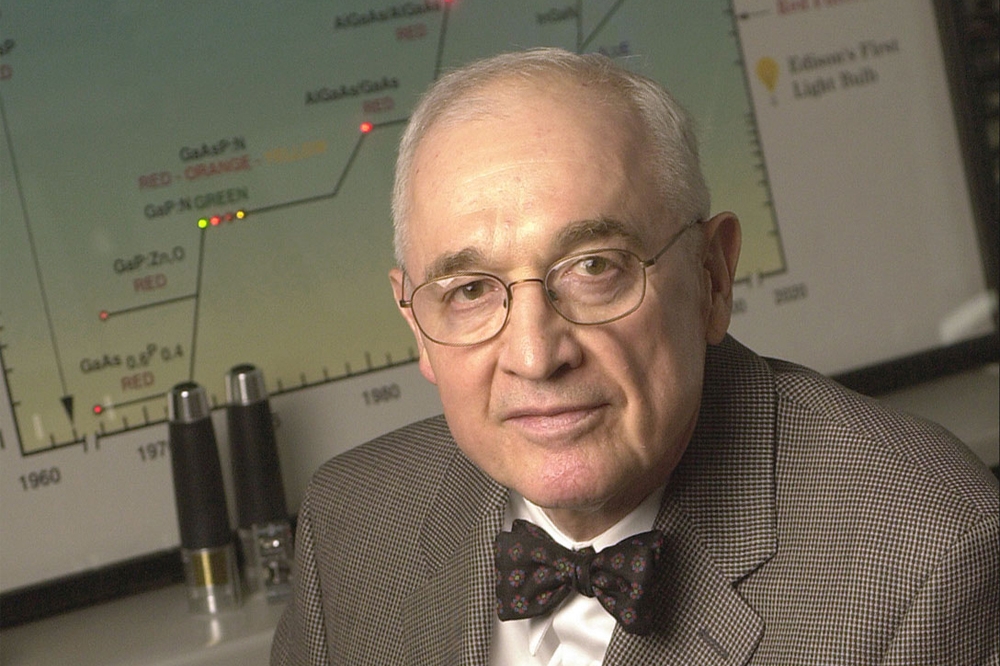 We take a look back at the life of a trailblazer, whose inventions included the visible LED and many forms of semiconductor laser

‘Pioneer’ and ‘visionary’ are often overused today, but both of these terms are accurately applied to Professor Nick Holonyak, Jr. This ground-breaking academic – fondly called just ‘Nick’ by his friends, colleagues and sixty PhD graduate students at the University of Illinois at Urbana-Champaign (UIUC) – was not only a very innovative and hard-working scientist and engineer, but also a role model for his students for his perseverance, his ability to create new and exciting results from a modest laboratory not stocked with a lot of advanced equipment, and his making sure that the graduate students got adequate credit for their work. Holonyak’s pioneering work in semiconductor materials and devices underpins much of the internet, lighting, telecom, visual displays, as well as the face-recognition systems, e.g., ‘Face ID’, and high-efficiency power device technologies being developed today.

Holonyak was the first graduate student of two-time Physics Nobel Prize winner John Bardeen. Holonyak began his doctoral studies at UIUC under Bardeen in 1951, after completing his BSEE degree at that university in 1950. He graduated with his PhD in 1954 and joined Bell Telephone Labs in Murray Hill NJ, where he worked on developing the first silicon diffused-junction devices. Declining to seek a draft deferment, he was drafted into the US Army in 1955 and served in the US Army Signal Corps until to 1957. On leaving, he joined General Electric Company (Syracuse NY), where he worked on power and signal p-n-p-n devices (including the invention of the shorted-emitter; the symmetrical silicon-controlled rectifier; and thyristor switches, such as triodes for alternating currents).

While at GE, between 1960-1963 Holonyak developed the first visible-spectrum LED and laser diode, a red-emitting p-n junction fabricated from the first III-V semiconductor ternary device, based on GaAsP. In 1963, he predicted that ultimately the world would have white LEDs – a surprising and remarkable statement at that time.